The English Foxhound is a breed of hunting dogs that have been bred clean for more than two centuries. Foxhound is hardy and efficient with a strong hunting instinct, friendly, energetic, and non-aggressive. He prefers to live and work in a pack. 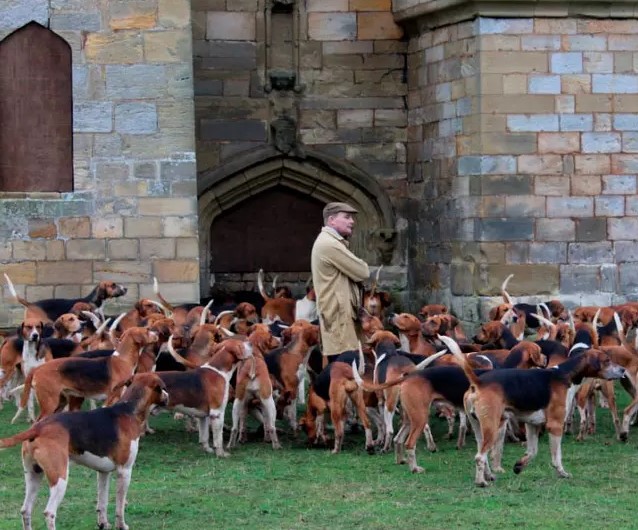 The English Foxhound is one of the oldest dog breeds. It was bred in England around the 16th century from the Celtic Hounds. Greyhounds, various Terriers, and a Bulldog participated in the formation of the breed. The breed has been bred clean since the middle of the 18th century. Since 1786, herd books of English Foxhounds have been kept in England, thanks to which the pedigrees of most modern dogs, if desired, can be traced back to their first ancestors. In the 17th century, the first English Foxhounds came to America and laid the foundation for a new breed – the American Foxhound. In Europe, they served as the basis for the creation of many Hounds.

The peak of popularity of English Foxhounds came in the 19th century. In total, there were about 7000 flocks in England. They were popular in Europe as well, for example, Napoleon III’s flock consisted of more than 100 dogs. In 1964, the breed was officially recognized by the Fédération Cynologique Internationale (FCI). Today the English Foxhound has lost its former popularity. The breed is supported only by the efforts of people who are called “masters of the hounds.” They honor the traditions of breeding and using Foxhounds – hunting for a hare and a fox, accompanied by a pack of Hounds. It is worth noting that outside the UK, Foxhounds successfully hunt jackals, ungulates, lynxes, and other animals. 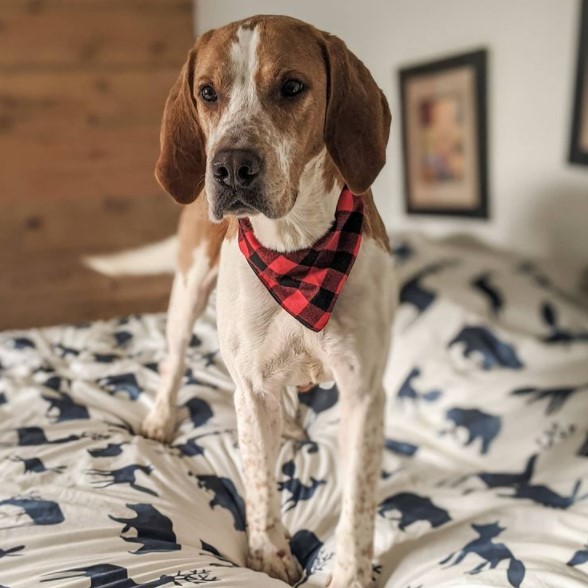 The English Foxhound is a powerful well-balanced dog of clean lines, usually of a tricolor color. Height at withers 56-64 cm.

The head is well balanced. The skull is of medium width, flat. The muzzle is square, long, with moderately developed cheekbones. The nose is large, with wide-open nostrils. The stop is moderately pronounced. Jaws strong, scissor bite. The eyes are medium in size, brown in color. Hanging ears, set high, pressed to the head.

The neck is slightly curved, long, well developed. The body is strong, the musculature is very well developed, relief. The back is straight and wide. The loin is somewhat arched and strong. The chest is deep, the ribs are rounded. The tail is set high, never slung over the back. Forelegs are straight, long, well-boned. The hind legs are well-muscled and boned, powerful. Feet are dense, round, strong, with strong nails and pads. The coat is dense and short. Most often, an English Foxhound of a tricolor color: white with red markings. 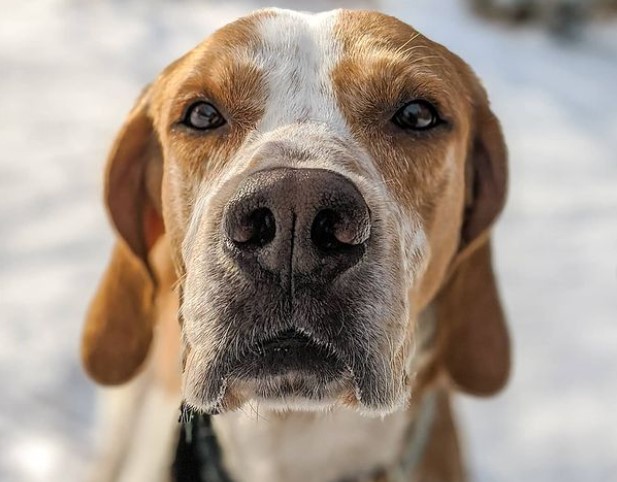 The English Foxhound has character traits and habits that make him a wonderful hunting dog: friendliness, lack of aggression towards humans, independence, decisiveness, efficiency, innate hunting instinct, and amazing endurance. The dog is able to withstand a long jump with obstacles on rough terrain, maintaining an average speed of 20-25 km / h. The English Foxhound is independent and often stubborn, preferring the company of his own kind, which one would expect from a breed bred to work in a pack. Foxhounds, who live alone in a family, are very friendly and affectionate, often get along well with children if they grew up with a child.

The English Foxhound has a territorial instinct and is a good guard dog. At the slightest rustle, it raises a noise. He treats strangers friendly. It usually gets along well with other pets. Even peaceful cohabitation with birds and small animals is possible if the dog was raised with them. The English Foxhound is not one of the legendary loyal dogs, but he is very attached to the owner. Moderately playful, it will be much more interesting for him to run on rough terrain than to chase a ball in the yard. 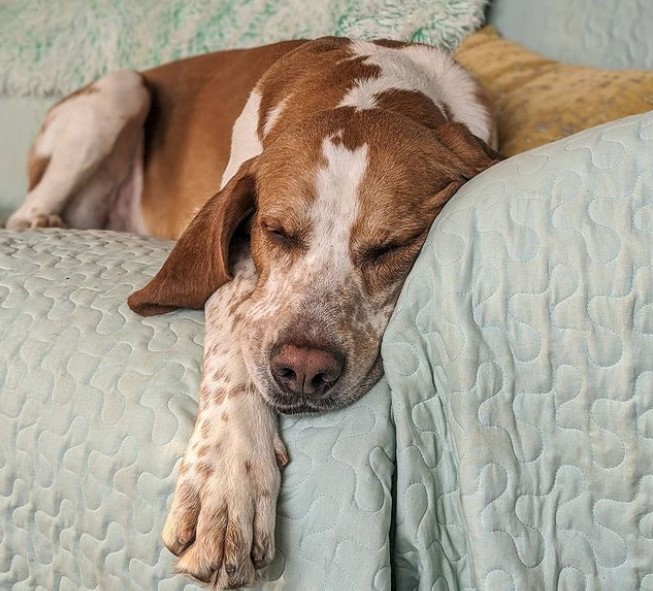 The English Foxhound is a very beautiful dog that adapts equally well to cold and warm climates, does not require difficult grooming, but needs very good physical activity. Possesses a pronounced hunting instinct and a high need for communication with congeners. It is not the best choice for the role of a family dog ​​or companion. In rare cases, the Foxhound is brought up and used for solo hunting.

In many ways, it does not suit life in an urban environment: a passion for barking, the absence of a flock, and limited walking space. Failure to reach your hunting potential often leads to behavioral problems. Outside the fenced-in area of ​​English Foxhounds, it is not recommended to walk without a leash.

It is not difficult to look after an English Foxhound. A glossy single-layer coat is enough to comb from time to time with a special brush or mitten for short-haired dogs. They bathe in case of heavy pollution, usually no more than two to three times a year. Ears are examined regularly and cleaned as needed. If the claws do not grind down on their own, they are cut to the optimal length. Teeth also need good care. At a young age, they are white, strong, not prone to premature loss. Tartar forms later. To prevent its formation, the dog’s teeth are brushed or plaque removed by giving natural treats. 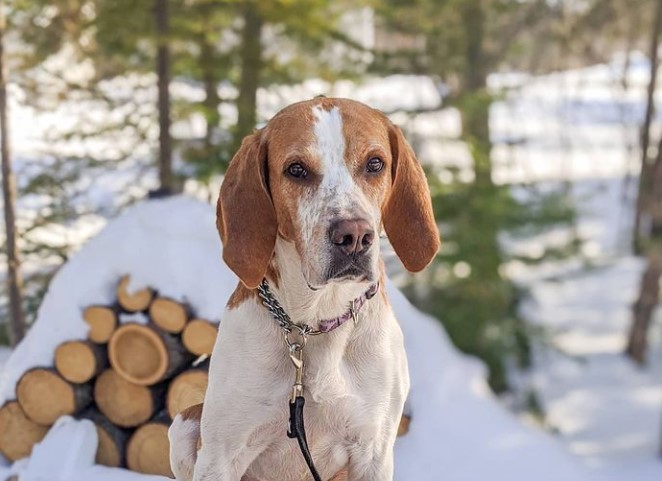 The English Foxhound belongs to the prosperous breeds. Most dogs have good health and immunity, do not suffer from hereditary diseases. Life expectancy is 11-13 years. In rare cases, genetic diseases are recorded in the breed: