Think dogs are the only four-legged creatures that can hold office and work?

You are deeply mistaken, since history knows many examples when people gave certain positions to cats, and they successfully coped with their work. We present to your attention a selection of famous cats and a story about their honorable work.

When workers at a Bandai toy warehouse in the UK found a lone Bengal cat roaming the grounds, they decided not only to shelter her, but also to hire her for a full-time job. Now the official guard Millie, in exchange for care and food, protects the territory and prevents crimes. Although there is also an element of a publicity stunt, Millie’s cat takes its duties with complete seriousness and does not leave the duty post. 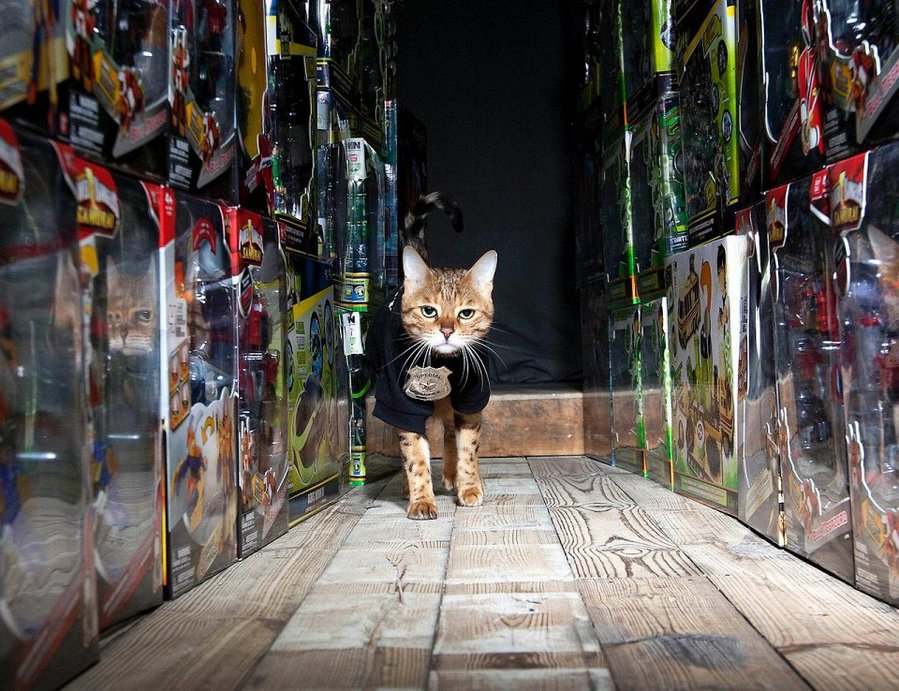 Russia loses approximately $ 800 million annually from illegal sturgeon fishing. Thus, in 2003, police in Stavropol hired a cat named Rusik to sniff out sturgeon smugglers. The cat has successfully ruined a handful of mafiosos. But in July Rusik died in the line of duty. He was run over by a smuggler’s car, which he sniffed out. This was suspicious – the police believed that the driver was a hired killer and ran over the cat on purpose, as he caused a lot of trouble for illegal catchers. 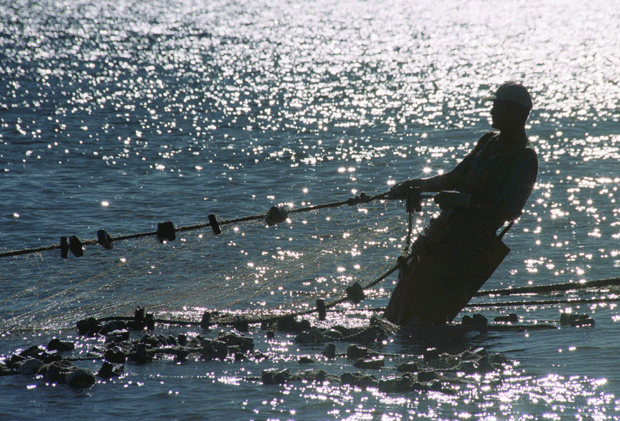 It is a rather difficult job to be a librarian, but with such an assistant as Kuzya the cat it becomes much easier. He successfully passed the interview and was nominated for the position of assistant librarian in one of the libraries of Novorossiysk. He even has an official salary of 30 packets of cat food a month. 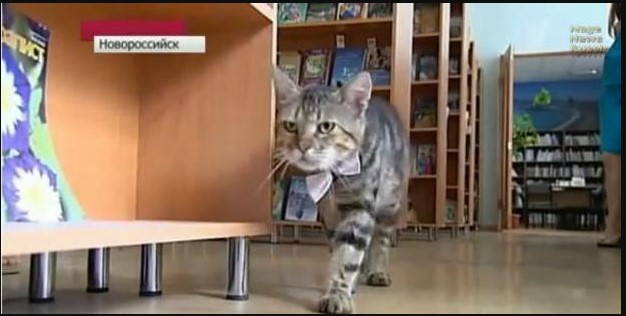 In the 1870s, the Belgian village of Liege trained 37 postal cats to deliver letters. Conceived by the respected Belgian Society for the Raising of the Domestic Cat, the plan was to wrap waterproof mail bags around the neck of each feline. The New York Times reported that “Unless the criminal dog class is committed to trap and rob mail cats, messages will be transmitted quickly and safely.” To the delight of unemployed postmen around the world, the plan failed. 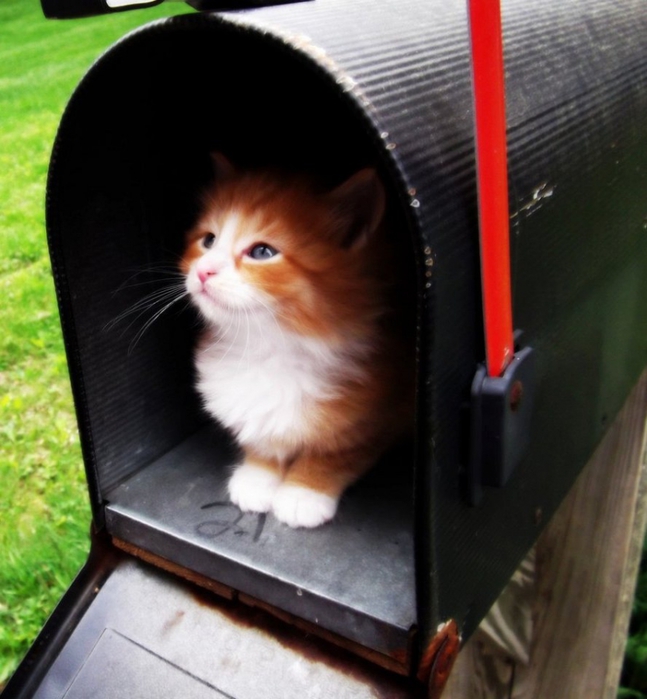 “Mr. Bigglesworth” is a great name for a cat. This is not only the name of the actor – a purebred bald sphinx from the Austin Powers films but also his name in real life. The cat actor successfully copes with his tasks and is already taking part in the filming of many films. 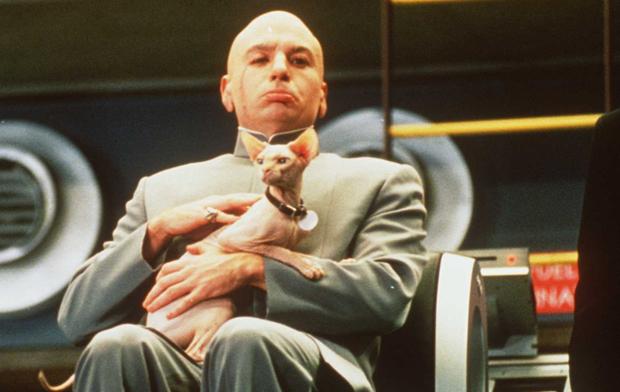 The first cat to find itself where no cat has gone before – Felichetta was sent 97 miles into space on October 18, 1963, by the French Veronique AG1 rocket. She survived! Prior to the big launch, the French government collected 14 stray cats and tested their temperament for space flight, subjecting them to tests in chambers and centrifuges. Ten of the would-be astronaut cats have been discharged due to excessive overeating. 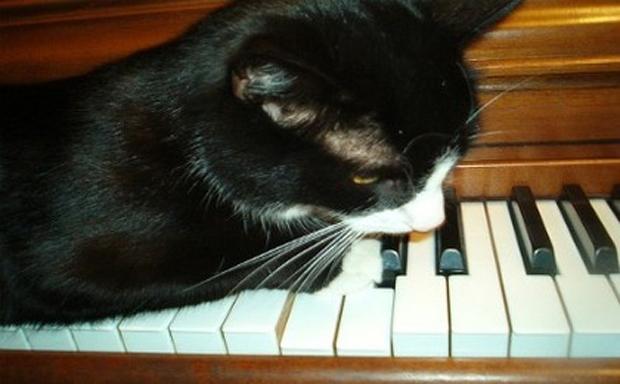 If you ever see Oscar curled up in your lap, it might be cause for concern. You most likely have only a couple of hours left to live. Hired by a nursing home in Rhode Island, Oscar accurately predicted the deaths of dozens of patients. He is so good at predicting that the nursing staff calls the patient’s family when Oscar visits their loved one. Some scientists believe that Oscar may be attracted to the smell of biochemicals released by dying cells called ketones. 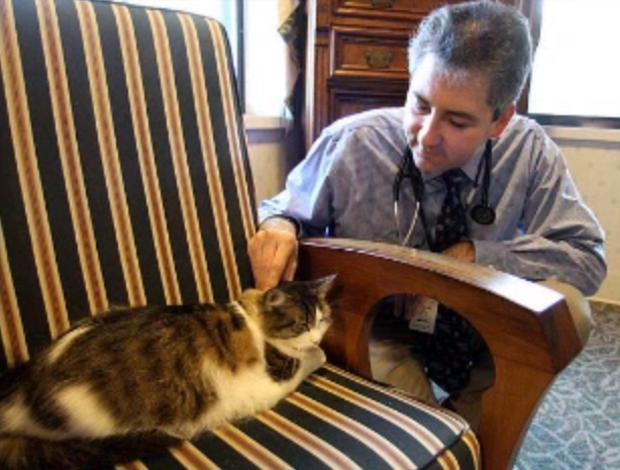 With all this talk of agents spying on each other, you might wonder if your pet is peering over your shoulder. In the 1960s, the CIA tried to spy on the Soviet Union with cats. To eavesdrop, the CIA inserted a microphone into the cat’s ear canal and concealed a transmitter at the base of its skull. After spending $ 20 million over five years, the unnamed gray and white prototype cat was ready. The CIA parked an intelligence van on a DC street. The cat jumped out of the van, ran across the road, and was immediately hit by a taxi. 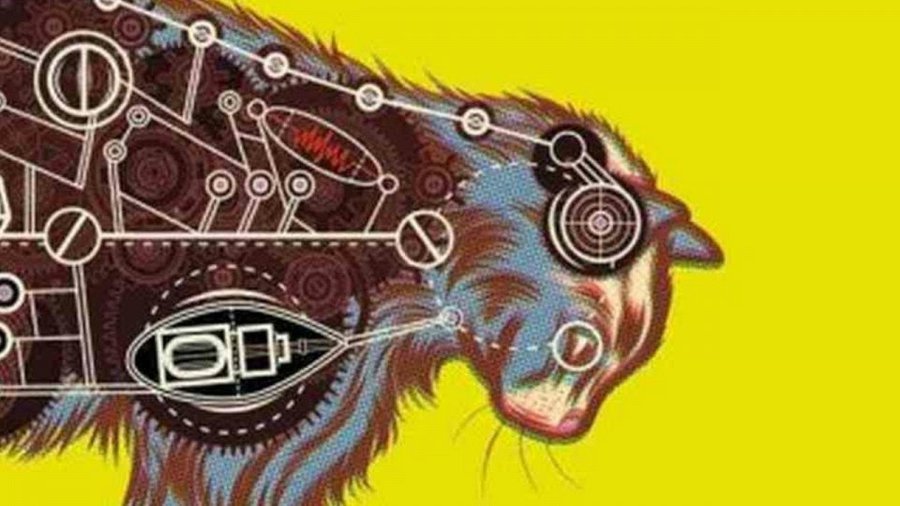 When Tama became a caretaker at a train station in Wakayama, Japan, the number of passengers carried suddenly increased by 10 percent. The increase was 2.1 million passengers annually. The local economy has reported an amazing 1.1 billion yen boom (that’s $ 11 million). To reward the cat’s success, the railroad appointed Tama as COO, making her the first cat to become an official railroad chief. She now has two assistants (also cats). In continuation, read also about the touching stories of dogs in a separate collection. 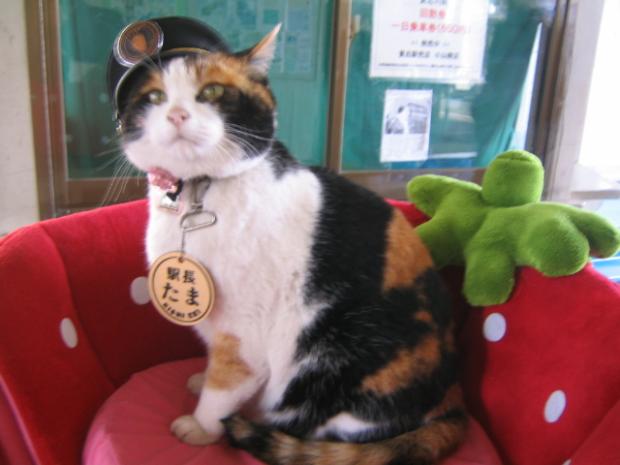 The British government is hiring more than 100,000 cats to keep the mice in check, The Guardian reports. But Larry is king. He lives at 10 Downing Street with Prime Minister David Cameron and has been involved in several scandals. In 2011, Larry was seen slipping out of the house to spend time with a nearby cat. He was also criticized for sleeping at work. After only one confirmed murder of a mouse, Larry was fired for poor performance. Fortunately, unlike every master mouser before Larry, taxpayers did not pay for his upkeep. 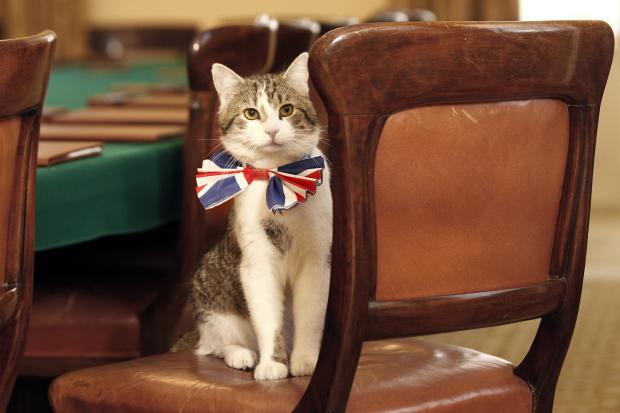 Stubbs was the mayor of Talkeetna, Alaska for 16 years. His tenure in power was overshadowed by repeated assassination attempts. A group of teenagers once shot him with pneumatic guns, and in August 2013 he was seriously injured by a dog (obviously a political opponent). However, he still lives a full life. Stubbs drinks water from a glass-covered in catnip every day and continues to inspire felines to run for office. In 2012, a 9-year-old Maine Coon named Hank ran for the Virginia Senate as a self-nominated candidate. He received 7,000 votes. 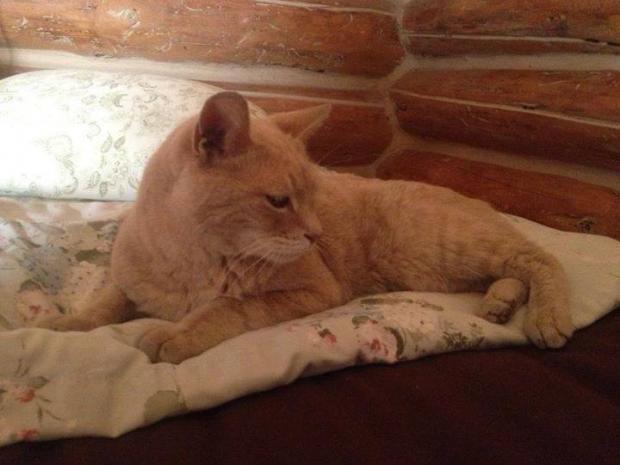