In the wild, hot Africa, another representative of the canids lives – the hyena dog (Lycaon pictus). Outwardly, this is a typical dog (weighing 20-40 kg, and up to 78 cm tall). Only huge rounded ears and motley color look unusual. 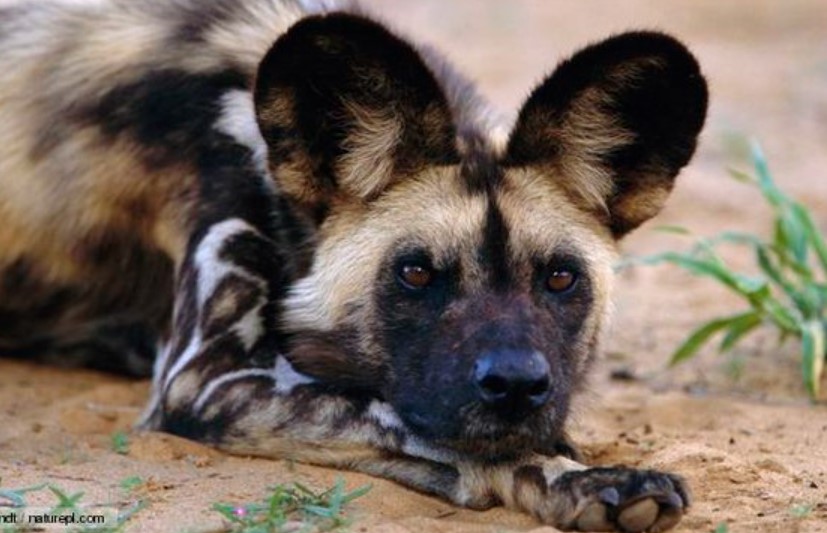 But perhaps the most interesting thing about these animals is their social life. Dogs live and hunt in flocks of 7 to 15 and more individuals. The head of the family is a couple – an alpha male and an alpha female. The rest are mostly children, brothers, and sisters. Dogs are very fertile, there can be from 2 to 2 cubs in a litter, the number is determined only by the presence of food around. Thus, dogs could have filled the entire continent for a long time, but this is not happening. The fact is that only the alpha female reproduces in the flock. If some other person dares to bring offspring, then the alpha will interfere with the disobedient woman and may even destroy the puppies. The rest of the flock is surprisingly close-knit, friendly, and sociable.

Fighting among dogs practically does not happen, everything is decided by the demonstration of poses, sounds. Alpha puppies are fed the whole pack. And in general, when dividing prey, young individuals are the first to receive portions. The puppies and guards who were at the den, as well as sick, weak relatives, will certainly receive their share. Dogs have a lot of sound signals in their arsenal, the pack loves to play amicably, to communicate between hunts. On the hunt, it acts harmoniously and clearly.

At the same time, the dogs are quite hardy, they can rush at a speed of 55 km / h for a long time, making jerks up to 65 km / h, and almost always the hunt ends in luck.