For laypeople, the Japanese Spitz looks like a White Spitz, which most likely also belongs to its ancestors and was further bred in Japan. 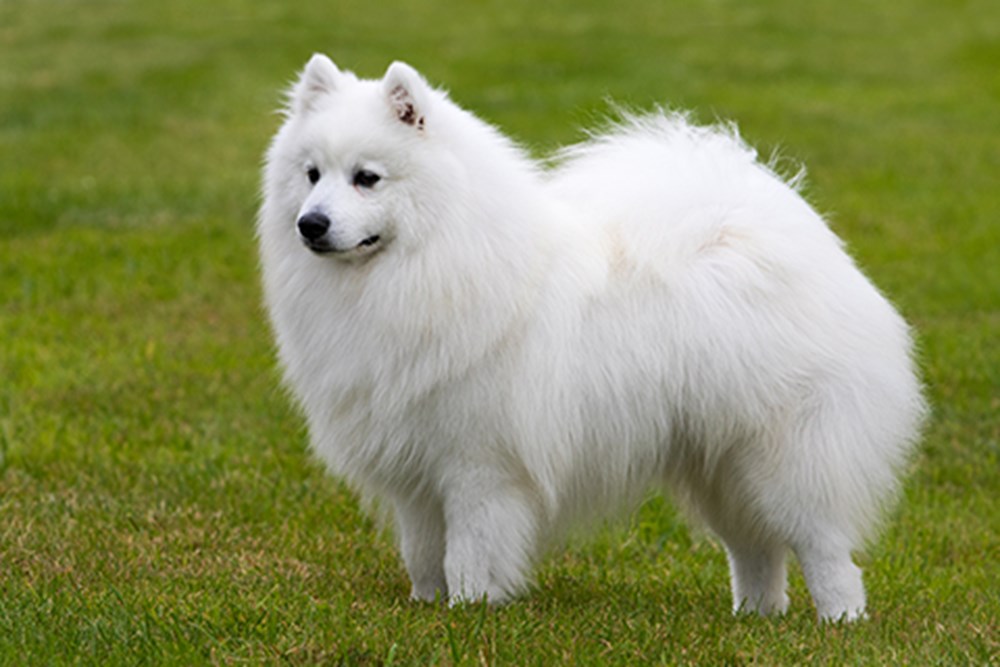 The bright nature is also reflected. Although he likes to sit on the sofa with his human, the Japanese Spitz is an extremely active dog that requires a lot of attention and activity. He likes it best when you play with him with balls or other dog toys. He also appreciates long walks and romping around outdoors.

He reacts reluctantly when he is given too demanding tasks. If you want to teach him something, you have to be patient and cautious. If he feels neglected, he no longer understands fun and announces this loudly by barking. You should never leave him alone for long periods of time. It is better to leave the Japanese Spitz on a leash while out for a walk, as they like to chase after smaller animals.

He usually gets along well with other pets, including other dogs. He also gets along very well with children and, after a short adjustment phase, becomes a beloved playmate for the little ones. At first, he appears to be hesitant towards strangers, may behave a little strangely for his circumstances, and may bark.

This habit makes him a good watchdog who likes to present himself as a protector of the whole family. He can sometimes overdo it with his barking. It must be part of the upbringing to teach him when to stop. With a little patience, this will also succeed, because the Japanese Spitz mostly wants to please its people, although it can also be very stubborn in some cases. His upbringing, therefore, requires a lot of finesse.

The Japanese Spitz is ideal for being kept indoors. It is very clean and almost odorless.

The Japanese Spitz reaches a size of 30 to 38 centimeters and a weight of 3.5 to 10 kilograms. He has a fluffy, white coat of fur with an undercoat.

The coat needs to be brushed properly every day to prevent matting. It also gives you the chance to catch a few loose hairs that would otherwise fly through the apartment. Because the Japanese Spitz sheds a lot. Vacuum Cleaner Alert! 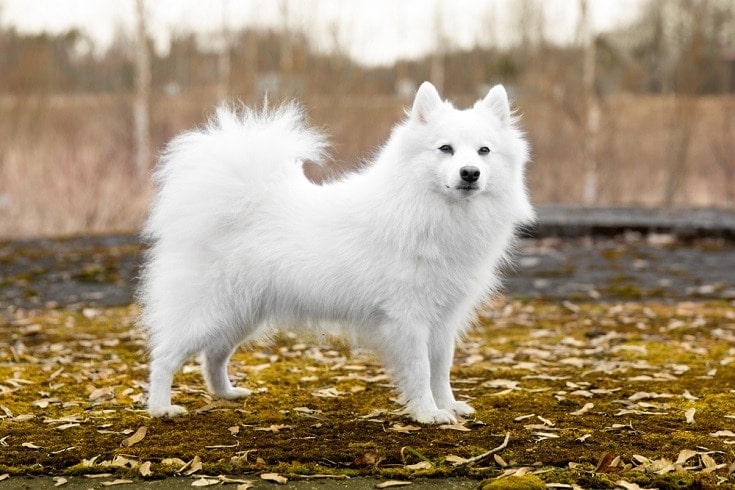 History of the Japanese Spitz

The Japanese Spitz is believed to have descended from the Siberian Samoyed and the German Spitz, which came to Japan in the late 19th century. He was bred as a companion dog and presented for the first time at a show in Tokyo in 1921.