The poor leopard was so thirsty that he did not calculate his strength, or his flexibility and fell into a huge container of water not far from one of the Indian tea plantations. People who watched the unlucky animal saw that it could not pull itself out of the container and called rescuers who were always ready for exploits to help. 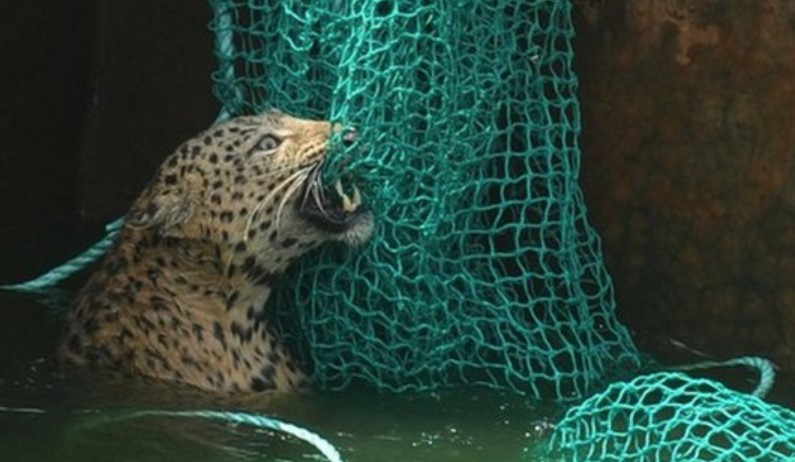 The guys who arrived at the place were not particularly zealous – they threw a large net to the leopard, along which he got out, and then hid away. And what would this poor fellow do if he got into trouble far from human eyes? He would have to drink this water as much as he can, awaiting his death. 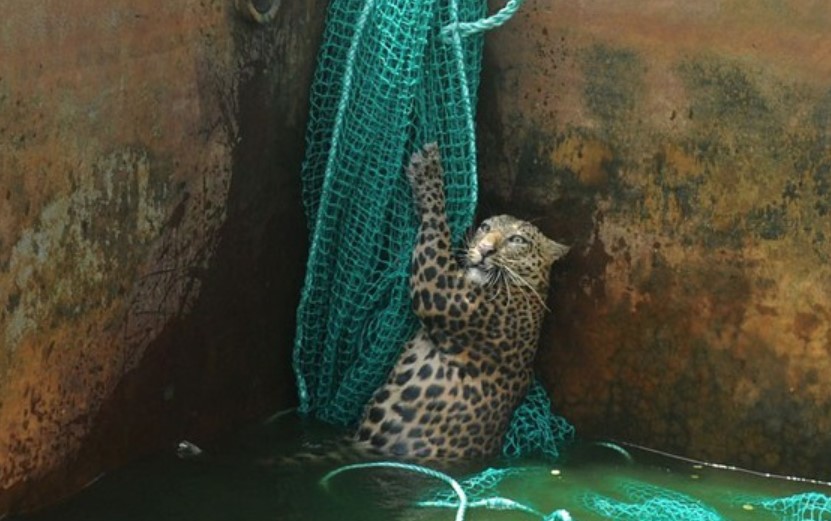