Japanese macaques inhabit the northernmost monkey range. They can withstand snowy winters that last up to four months and love to take baths in hot springs. These monkeys live in groups of 10 to 100 individuals and complex hierarchical relationships develop within the groups. 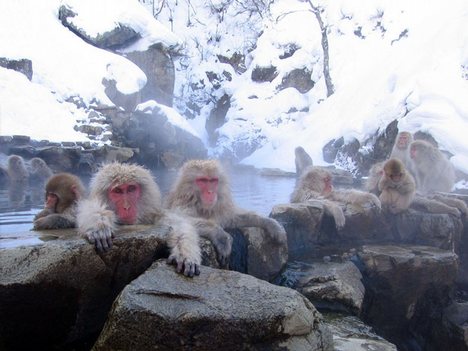 As in human society, family problems in monkeys can have a profound effect on those around them. This happened in the city of Shimosuwa, Nagano Prefecture. An aggressive male macaque roamed the city, possibly driven out of the family by a rival. And, which is typical, he directed his aggression only at women. As a result, 23 women were injured, the macaques turned out to be democratic and did not make any differences in terms of external data and age, the victims were from 12 to 72 years old. He pounced on women, knocked them down, for example, the eldest of the victims herself received a concussion and a broken arm.