Large predatory fish attract many hobbyists. Even the need to start a large volume aquarium does not bother true connoisseurs at all. The Managua cichlazoma is rightfully considered one of the most beautiful fish in this category. How to make the life of this giant comfortable, read our article.

The Managua cichlazoma (Parachromis amanuensis) is a freshwater ray-finned fish from the Cichlid family. In Western countries, it is better known as the jaguar cichlid for its characteristic spotted color of adults. Tsikhlazoma is a historical name that was given in the early years of research. However, modern taxonomists have carried out a large-scale revision and now attribute the fish to the genus Parachromis.

It is enough to look at the Managua cichlazoma to immediately understand: we have a real predator in front of us. And this is true, the basis of the diet of the species in nature is small fish and large invertebrates. 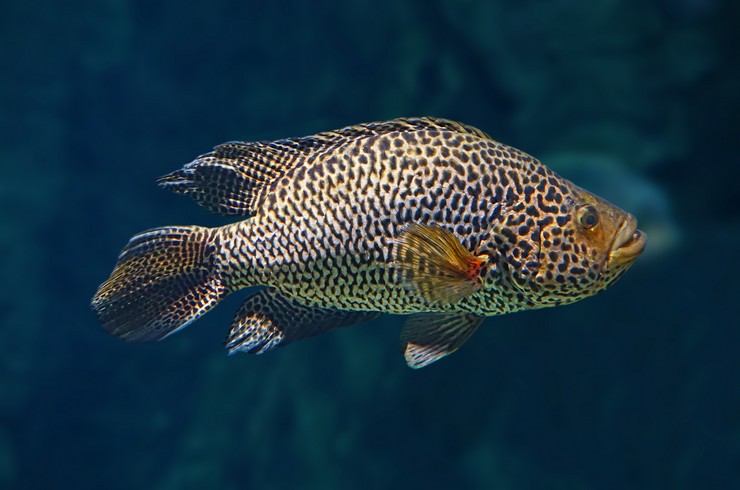 To keep the fish, you will need a very large aquarium, because its size can exceed 40 cm. Ideally, it should be of a species, since it does not get along well with other types of cichlazoma.

It is an excellent show fish, therefore it can often be found in public aquariums and aquariums.

The Managua cichlazoma is an object of sport fishing and is considered a valuable trophy. However, after artificial settlement in the reservoirs of Florida, it damaged the original natural populations of fish. Locals eat Managuan cichlazes.

The Managua cichlazoma is one of the largest fish found in hobbyist aquariums. Its usual size is 35-40 cm, while in nature there are individuals up to 60 cm in length and weighing several kilograms.

The head of the Managua cichlazoma is large, with a large mouth and fleshy lips. Since the fish leads a predatory lifestyle, it has pharyngeal teeth. The eyes are large, the iris is colored red.

The pride of the Managua cichlazoma is its color. Juveniles are rather inconspicuous, on their body, there are several longitudinal stripes running from the dorsal part to the lateral line. But the older the fish gets, the stronger its color appears from alternating dark and light spots – just like a jaguar, and even with a blue tint. In the middle of the body, there is a strip, consisting of large spots. A brighter coloration is typical for males. Cichlazoma fins are also dotted with spots, with the exception of pectorals, transparent or with a slight reddish tinge. 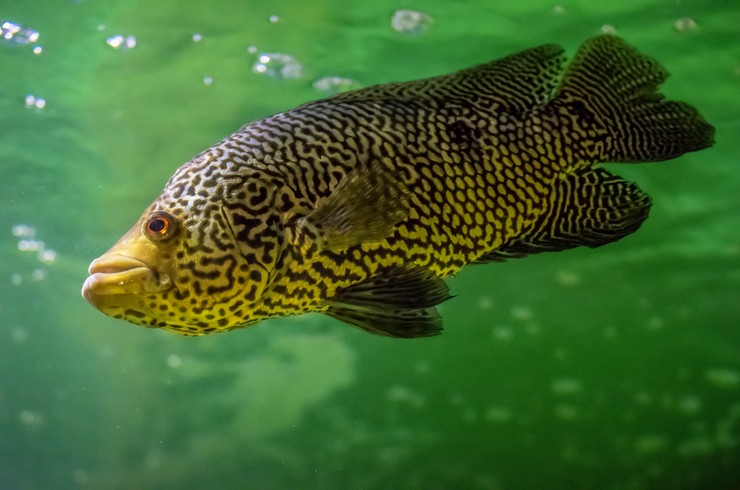 In nature, the Managua cichlazoma is found almost throughout Central America: in Honduras, Costa Rica, Lake Managua. In many neighboring countries (Mexico, Panama, Guatemala, the Caribbean), the fish got artificially. The same situation is with the appearance of fish in the waters of Florida.

Most often, these cichlids are found in slow-flowing bodies of water with a muddy bottom. The water here is warm and acidic, very poor in oxygen.

If you want to have a couple of Managua cichlazes, then you need a spacious aquarium with a volume of at least 450 liters. Pebbles of a medium fraction are used as soil. The number of decorations is minimal – large stones and large driftwood. All of them should be massive or well secured so that the fish cannot budge. Cichlazomas love to dig in the ground.

Particular attention should be paid to high-quality filtration and aeration, since in an aquarium with such large fish, the water quickly becomes polluted. Managua cichlazomas are lovers of warm water, so a thermostat is additionally required. 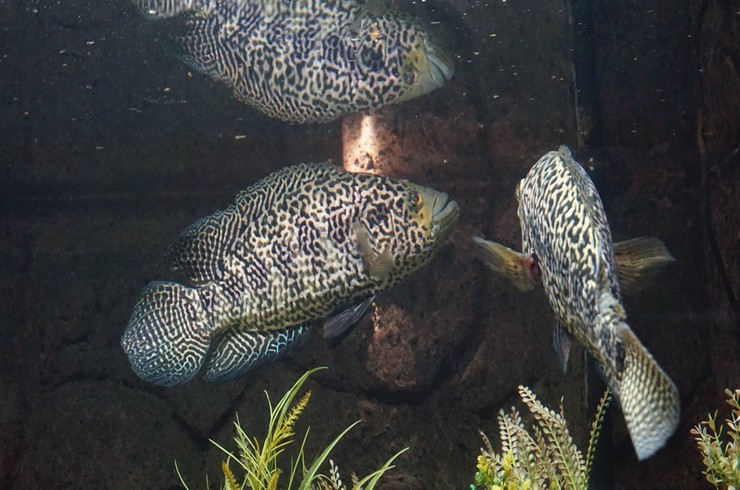 Water changes are carried out once a week – 20-30% of the volume of the aquarium. This is done in order to prevent an increase in the concentration of hazardous metabolic products. The changing water must be prepared with the Tetra AquaSafe conditioner. It will instantly remove chlorine and heavy metals from tap water, as well as add useful vitamins and microelements to it. Test the water regularly for key parameters such as ammonia, nitrite, and nitrate. In case of deterioration in water quality, the fish become restless and lose their color brightness.

It is impractical to plant plants in the design of an aquarium with Managua cichlazomas, they will most likely be dug up by fish. You can pay attention to floating species – riccia, pistia, hornwort – or you can decorate the aquarium with artificial plants.

The Managua cichlazoma is an unusually aggressive fish. Moreover, hostility is manifested both to other species and to their own relatives. The ideal option for keeping is a species aquarium, in which one fish or two individuals of different sexes live (in the latter case, shelters will not interfere). These fish are especially scary during spawning, during this period there will be no mercy for almost anyone. It will be better to plant other fish.

When planting a pair of fish, it is very important that the male and female grow together from a young age. An adult male is unlikely to accept anyone into his tank. 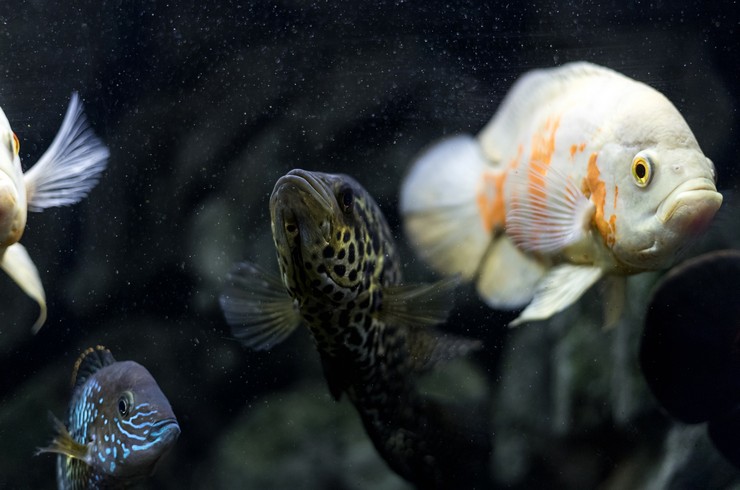 When drawing up a diet for feeding a Managua cichlazoma at home, two points must be remembered:

Live and frozen foods are often used to feed the Managua cichlazoma. But their use is associated with a certain risk of introducing infections into the aquarium, in addition, such foods are unbalanced.

A bad option would also be the use of minced meat from warm-blooded animals, for example, beef. Such food is poorly digested by the fish organism, as a result of which there are problems with the gastrointestinal tract and obesity.

High-quality dry food for cichlids is devoid of such disadvantages and is the optimal choice for feeding Managuan cichlazoma. Tetra has developed Tetra Cichlid XL Flakes and Tetra Cichlid XL Sticks especially for large cichlids. They are rich in proteins, fully satisfy the nutritional needs of the Managua cichlazoma, give additional vitality, and also increase the resistance of fish to disease.

It is best to feed the fish once or twice a day. You should avoid overfeeding, and once a week arrange a fasting day for your pets.