Welcoming the new year and chasing away evil spirits with firecrackers is as much a part of New Year’s Eve in Germany as a bone is to a dog. Everywhere there is a bang, rockets fly and colorful fireworks explode. Those who are not happy about it are mainly dog ​​owners. Many dogs are afraid of fireworks. Here you can find out what you can do to counteract your dog’s fear of fireworks and bangers.

Contents hide
1 What Stresses the Dog on New Year’s Eve?
1.1 Bangers and Fireworks
1.2 The mood of the keepers
1.3 Desensitization
1.4 Counterconditioning

What Stresses the Dog on New Year’s Eve?

New Year’s Eve, the end of the old year and the beginning of the new year, combines several stress factors for the dog at once. Even for most people, the years between years are associated with stress and anxiety. However, the two biggest stressors during this time for the dog are: 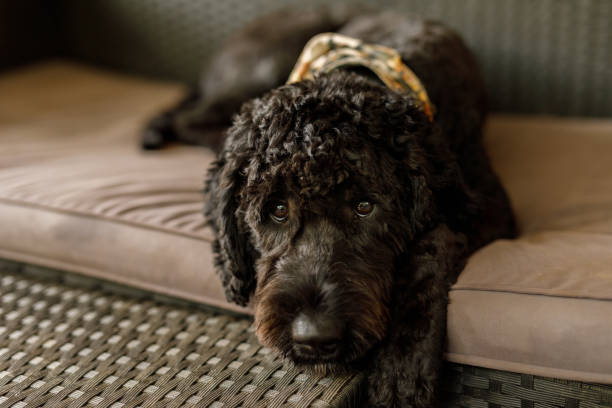 Bangers and fireworks are loud, colorful, and unexpected. Dogs often simply cannot identify the loud bangs. And what they can’t classify scares them. We must not forget how much louder dogs hear their environment! From the dog’s point of view, the cracking of firecrackers and fireworks is exorbitantly loud and very frightening.

In addition, the noise cannot be predicted. They do not appear in a certain rhythm, but unpredictably. Dogs are similar to toddlers in this aspect. Unfortunately, the only thing you can’t explain to dogs is that fireworks aren’t bad.

By the way, dogs’ fear of New Year’s Eve often develops over time. In the puppy and young dog period, dogs are used to getting to know new stimuli. However, as the dogs get older and perceive their environment more nuanced, they know full well that these noises and explosions shouldn’t be there and so develop a fear of the fireworks.

The mood of the keepers

The dog’s owner and family also have an influence on the dog’s mood. For one thing, there is certainly a lot of stress between the years and around New Year’s Eve. Things need to be prepared, parties planned, etc.

The dog then naturally perceives the fear of the owner and takes over the fear. In this way, the dog and owner continue to push each other up. So what to do to effectively calm the dog down?

Tip number 1: Feel free to hug the dog and allow physical contact. However, remain in a calm, protective mood. It helps to tell yourself, “It’s all good. Firecrackers are not dangerous. Nothing happens to us.” This way the dog can get down better with your support and you can continue walking.

Desensitization means getting used to a stimulus, in this case, the popping. In order to achieve this, the dog is first presented with very quiet stimuli, for example very distant crackers, in a relaxed position. The intensity of the stimulus increases as the training progresses. It is important that the stimulus should never be so great that the dog reacts with fear.

After many runs and increases in the stimulus, the dog remains relaxed even when there is a loud bang. He’s used to the charm.

In practice, such training with New Year’s firecrackers is unfortunately difficult to carry out, since fireworks would have to be set off in the middle of the year. The gradations are also difficult to achieve. However, some dog schools offer extra “New Year’s Eve training” for this. Here the sound reinforcement with New Year’s Eve fireworks is organized in advance. Here, however, you should make sure that the trainers are competent. Training done incorrectly can traumatize your dog instead of desensitizing it. 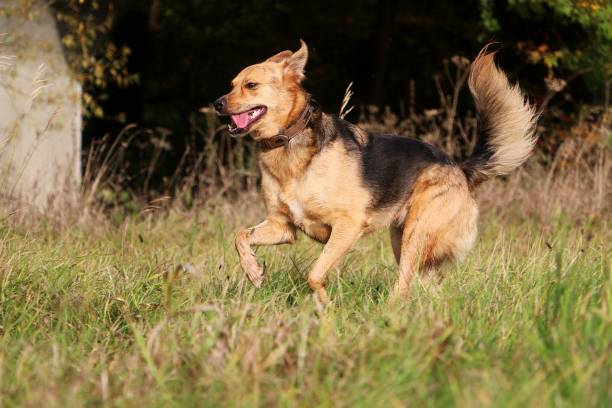 It works like this: The dog is exposed to a weak stimulus again in a relaxed state. Immediately after the bang, the dog is fed a treat. For the dog, in the classic learning theory sense, this means bang = treat = joy. Of course, this also works with other rewards.

As with desensitization, the intensity is increased until the dog is beaming with joy in the living room and demands his treat. But be careful: the dog should never see the reward before the fear stimulus. Otherwise, it can happen that the dog creates the link the wrong way round. Namely treat = bang = fear. And of course, that is not desirable.