In winter they sleep, but they are all the more active in warm temperatures, i.e. in spring and summer: ticks. Ticks are not only annoying, but they can also transmit diseases to humans and dogs. Dog owners in particular are affected by them.

In this article, we describe what ticks are and why they can be dangerous. We also deal with different types of precautions against ticks and tick bites, as well as with the question of what to do if a tick bites you after all.

Ticks are arachnids, so in the animal kingdom, they belong to the same group as spiders and mites. The ticks belong to the mites, more precisely to the parasites among the mites. Ticks feed on the blood of a host and have adapted extremely well to the respective host in the course of evolution.

Accordingly, there are ticks in all colors and shapes. There are around 20 different types of ticks in Germany. The tick that prefers to visit the dog is the common wood tick tick. But some other types of ticks can also infest the dog.

Why are ticks dangerous?

The bite of a tick itself is actually hardly harmful. Ticks sit on the dog and bite a small hole in the dog’s skin. They suck a small amount of blood through this hole and then drop down again when full.

The danger in a tick bite is therefore not due to the amount of blood that the dog loses. This is really low and should not bother any healthy dog. The danger lies rather in the relatively long period of time that the tick hangs on the dog. Because the suction process can take several hours. And during this time, pathogens such as bacteria and viruses can enter the dog’s bloodstream from the tick’s body.

Ticks can transmit many different diseases to dogs. The tick itself often only serves as a carrier for the pathogen. It is therefore not damaged by the pathogen itself. However, if the pathogen has reached its target, i.e. in the dog, it can multiply and cause damage.

Ticks can be carriers of many diseases. These include, for example:

Fortunately, some of these diseases are very rare in Germany and are more likely to be transmitted in the Mediterranean region. These are called Mediterranean diseases. Diseases that can also be caused by a tick bite in Germany are, for example, Lyme disease and TBE.

Lyme disease is the disease that occurs most frequently in people after a tick bite. But it can also occur in dogs. Lyme disease refers to the infestation of several organs in the dog’s body with Lyme disease bacteria. In Germany, about 15% of all ticks of the “Holzbock” species are infected with these bacteria and can therefore transmit them to dogs.

In dogs, the infection with Lyme disease usually runs initially without symptoms. If symptoms do occur, they are ambiguous symptoms such as fever and loss of appetite. However, if Lyme disease is left untreated for a long time, it can lead to arthritis accompanied by lameness. This often occurs in episodes and can become chronic.

In contrast to Lyme disease, TBE is triggered by a virus instead of a bacteria. The viruses are particularly found in ticks in southern Germany.

Infection with the virus usually causes fever in dogs. This is followed by various neurological deficits. These include epileptic seizures, impaired consciousness, pain, and movement disorders. 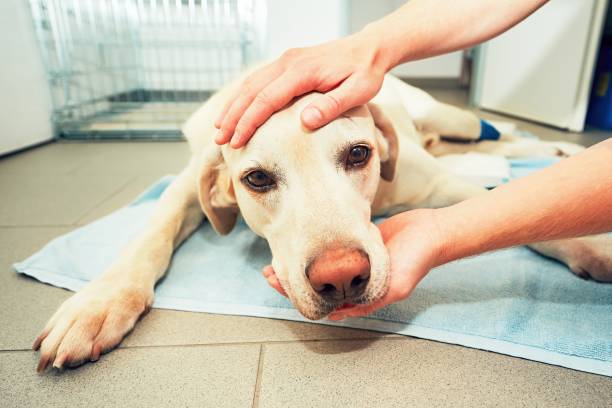 The bite of a tick poses some dangers for both humans and dogs. Fortunately, there are several ways to avoid tick infestation and subsequent tick bites.

In order to prevent ticks and the associated risk of disease in a natural way, various means can be chosen. Since natural remedies usually have no negative effects on the dog’s body, you can even combine these remedies with each other.