Owls are to some extent outsiders in the avian world: they sleep not at night, but during the day, they do not bring out trills, they even don’t build nests for some reason. It is believed that they see only in the dark, and they try to avoid light. Is it so? We propose to find out how reliable the most common myths about owls are.

Contents hide
1 During the Day, Owls See Nothing
2 Owls Sleep During the Day and Hunt at Night
3 Owl – a Female, and the Eagle Owl – Male
4 All the Owls are Hooting
5 Owls Eat Only Mice
6 “Ears” in Long-eared Owls are the Organs of Hearing

During the Day, Owls See Nothing 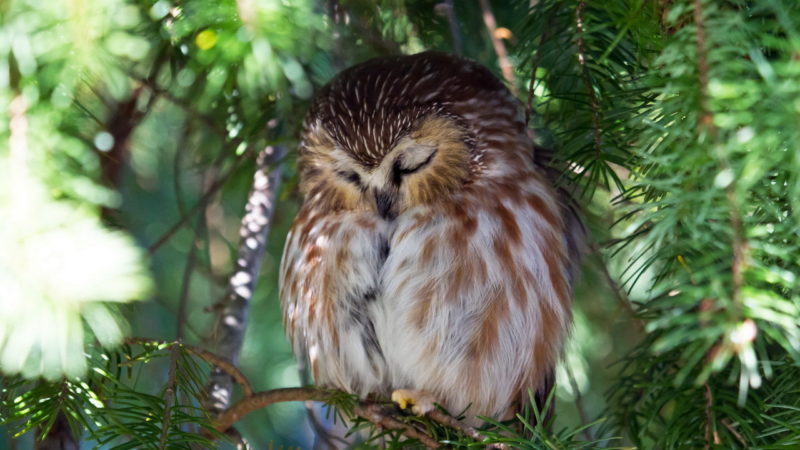 Not true! They see perfectly and even better than at night. It’s just that, unlike other birds, owls are able to easily navigate at night. But this is possible mainly due to their subtle hearing rather than vision, although their eyes are really well adapted to the dark.

Owls Sleep During the Day and Hunt at Night

An owl sleeps at any time of the day convenient for it. During the day, owls are forced to hide not from the light, but from other birds. At the sight of an owl, all birds begin to give alarm signals and attack the owl, trying to drive it away. It is believed that a similar reaction of a bird flock manifests itself precisely in relation to predators (and an owl is a bird of prey).

Therefore, owls can only wait out the dangerous daytime on a tree for them. Already at dusk, when most birds settle for the night, the owl flies out to a safe environment for it. A significant role in this regime was played by the fact that the potential prey of owls (rodents and large insects) is also nocturnal. And food, you know, is sometimes more expensive than sleep.

Owl – a Female, and the Eagle Owl – Male

Not true! The eagle owl is not the “husband of an owl”, but a separate genus (lat. Bubo bubo) of the owl family, one of the largest representatives of the owl order.

Simply put, an owl is a general collective concept that unites various genera of birds of the order of owls. These include eagle owls, long-eared owls, owls, and many others. Each genus is divided into species, only eagle owls have 19 of them. And, of course, among them, there are female eagle owls and male eagle owls.

All the Owls are Hooting 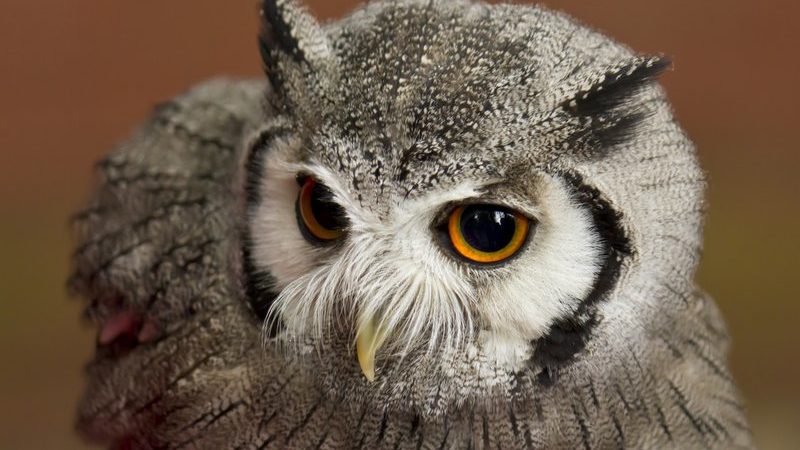 But no! The familiar owl “hooting” is not characteristic of all species.

At the same time, owls can not only hoot but also whistle, squeal, click, grumble and laugh in their own way, scream shrilly. Polar owls emit abrupt barking and croaking calls, pygmy owls whistle. They make sounds when there is a reason to declare their territory or during the mating season.

What about an antelope or a hedgehog?

There is an opinion that the diet of owls is made up only of small rodents (it is no coincidence that farmers use these birds as “cats” in order to fight mice). But owls don’t stop at mice, rats, and shrews. Eagle owls, for example, can attack monkeys, antelopes, and even wolves. We are not talking about attacks on golden eagles and herons – they happen much more often. The love of owls for the meat of hedgehogs is curious and inexplicable – they deal with them for a sweet soul, and massive claws help them in the fight against hedgehog thorns. By the way, owls do not have teeth, so they do not chew their prey, but swallow it whole or tear it into pieces.

“Ears” in Long-eared Owls are the Organs of Hearing 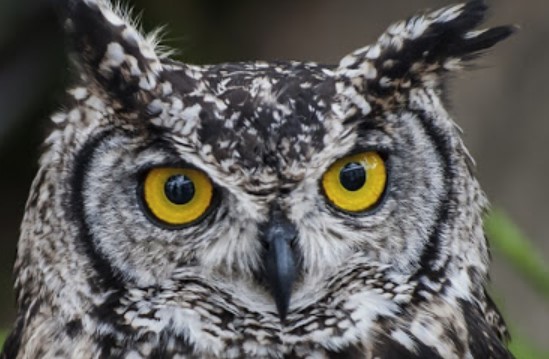 If everything were so simple …

The long-eared owl got its name from the tufts of feathers on the head, similar to ears. True, they have nothing to do with the organs of hearing. Real owl ears look much more prosaic: two large holes, asymmetrically located on the sides of the head. The right ear is located lower and directed upwards so that the bird can hear sounds from above. The left one is located above and directed downward to pick up sounds from below. Such an unusual structure allows owls to catch subtle squeaks and rustles (to the point that owls hear a cockroach crawling along the wall). The owl’s hearing aid amplifies the hard feathers’ facial disc: it forms a channel that directs sounds directly to the bird’s ears.

If you do not know how to name your pet, then these articles will help you:

If you know any other myths about owls, tell us in the comments.