The homeland of the Patterdale Terrier is the village of Patterdale in the county of Cumberland in the north of Great Britain. In the 17th century (it was then that this breed was born), almost every self-respecting English village in the north of the country had its own kind of terrier. Perhaps the most famous ancestor of the Patterdale is the Bull Terrier, from which the dog inherited a stocky build, as well as excellent working qualities such as tenacity and endurance. 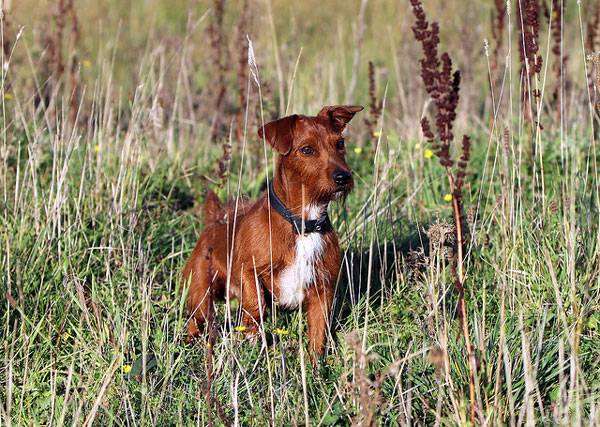 The Patterdale Terrier was actively used to hunt badgers and foxes. He is so capable of working that he is ready to work at any time of the day or night and in any, even the most difficult and unpredictable conditions. During the hunt, this charming little dog turns into a tough and uncompromising fighter. When breeding the breed, breeders relied exclusively on the working qualities of the Patterdale and did not pay enough attention to the exterior of the dog, which led to the fact that a certain fragmentation was observed in the appearance of the Patterdale Terrier for a long time. The breeders were so eager to improve the hunting qualities of the dog and instill in him malice towards the beast that one of them even somehow joked about this topic, saying that if a Patterdale with two heads was distinguished by outstanding hunting abilities, he would make two-headedness the main criterion for breeding dogs. In 1932, the first official club of fans of the breed appeared; at the same time, Patterdales began to be presented at shows, although most of the dogs still remained hunting companions. This compact doggie has a stocky body with well-defined muscles, a wide muzzle with strong and strong jaws, small triangular ears, and slightly oblique set eyes, the color of which, as a rule, is in harmony with the color. The height at the withers of the Patterdale Terrier is 30 – 31 cm, the ideal weight for dogs of this breed is 5-6 kg. Although if the dog is intended for hunting a raccoon, larger sizes are also allowed. Patterdale can be smooth-haired and wire-haired, but in any case, the coat is short and dense to the touch. Acceptable colors of the breed are black (the most common), chocolate, black and tan, and red, white markings on the chest and limbs are also acceptable. This dog is always active and mobile, and thanks to its sonorous voice and innate vigilance, it can pretend to be a serious guard. Patterdale loves outdoor walks and will gladly go jogging with you or accompany you on a hike. This kid loves to be praised and said nice words: in return, he is also ready to share love and affection. He is very attached to his master and from childhood, he feels like a full member of the family. 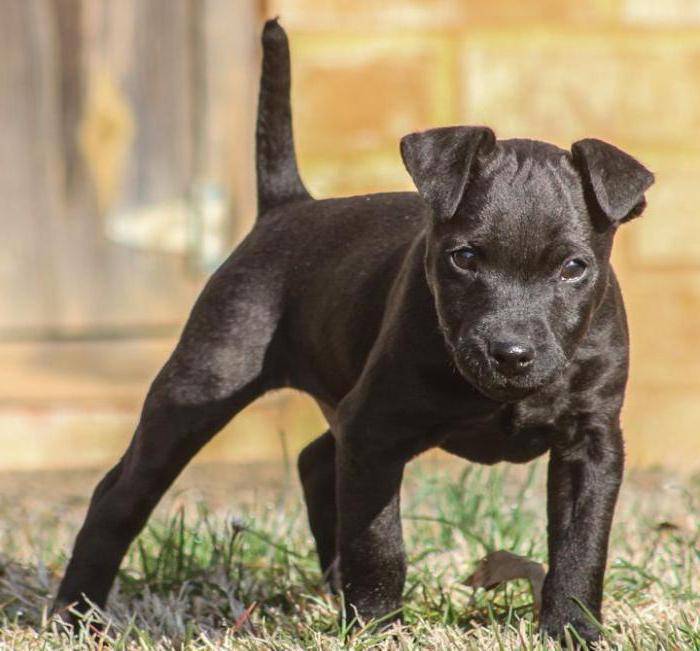 The Patterdale Terrier gets along well with children because he is as sonorous, restless, and playful as they are. But it is not recommended to have this breed of dog if your children are less than seven years old. This terrier is not a perfectly obedient creature: like all terriers, it needs an individual approach and a “right” owner. Patterdale will not be too happy to be around other animals, especially if they are not from the canine family, but if they are raised together from childhood, they may even make friends. But be careful with small pets: your four-legged friend may well mistake a hamster or a guinea pig for easy prey.