Today, Pekingese dogs are available to anyone. And in distant, ancient times, these cute dogs were considered imperial. They were even often called that. The fact is that they were exclusively the prerogative of the Emperor in China. The rulers kept them with all the honors and could give them to their subjects for high merits. The pets even had their own servants.

A Few Facts About the Pekingese Breed 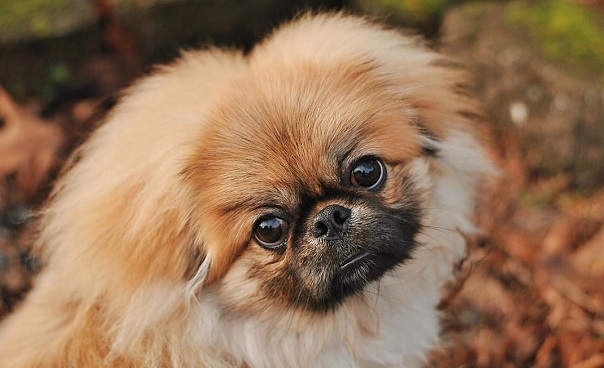 Legends say that the Pekingese is the fruit of passionate love between a lion and a monkey. Allegedly from a monkey, the dog inherited its mischievous, cheerful disposition and a flattened dark muzzle. From the lion, the pet inherited exorbitant courage, courage, and beauty.

Important! Of course, this legend is far from the truth, although the exact facts of the origin of the Pekingese have not yet been established. But it attracts lovers of this breed very much, I want to believe in it.

According to genetic studies of DNA taken from animals originally from Beijing, papillon, chihuahua, and pug genes are present in the blood. Perhaps once, in distant times, these three varieties of dogs, having crossed, received just such a representative of the breed.

In China, for a long time, little dogs were honored as a deity. They were kept in ideal conditions, personal servants were present, and all kinds of honors were given to them. The Pekingese was supposed to be fed with human milk.

Important! To date, there is one representative of the breed in the Guinness Book of Records. The Pekingese from the USA has the longest tongue in the world at 11.43 cm.

It is noteworthy that Chinese noble citizens very much protected their pets from outside attention. That is why the breed came to the territory of Europe and Russia only at the beginning of the 20th century. But once it got there, it began to gain immense popularity and gain wide territorial distribution.

In the process of evolution, due to the harsh frosty winters of Beijing, dogs have perfectly adapted to live in the cold. They do not feel discomfort in winter and move freely around the streets. They do not need special protective clothing to prevent blowing through the coat.

Miniature dogs adapt well to any living conditions. If you provide them with competent education and good physical activity, along with mental tasks, you can easily socialize the dog and ensure its comfortable living in the house.

Compact pets prefer to spend time and play with representatives of their breed. However, if from puppyhood they communicated with dogs of other breeds, they can actively participate in entertainment on the site, even with dogs that are much larger than them in height and weight. It should be noted that this may be unsafe. The owner must strictly monitor the safety of the pet and his physical health.

Pekingese are not uncommon today. They are quite common and have their fans. The breed is very calm, balanced, ideal for families without children and single elderly people. An excellent companion dog.