The Pekingese (correctly: Pekingese, but also Peking Palace Dog) exudes a relaxed dignity. Whether it’s because of its past as a palace dog (similar to the Lhasa Apso) or because of its proud character is unclear. However, the effects are clearly felt: the Pekingese tend to be stubborn. This is due to his great willpower, which does not make his upbringing very easy. 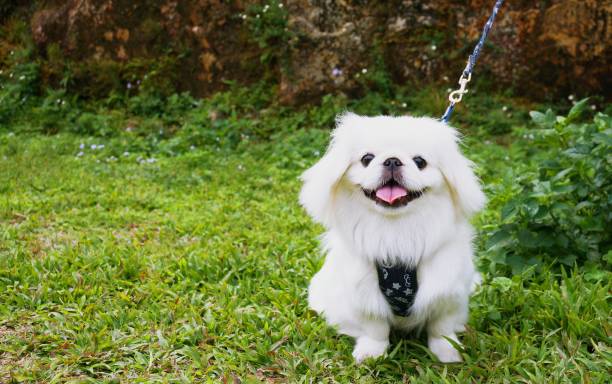 If the Pekingese do not like to listen to orders, it is of no use to lure them with toys or food. Rather, you have to convince the self-confident four-legged friend that compliance will also bring him something. Training is best done by a single member of the family, as the Pekingese is generally a one-person dog. Although he is loyal to the whole family, he shows the greatest affection for his main caregiver. If this does not give him the desired attention, he can react very jealously.

His pride also sometimes leads him to confidently stand in the way of larger dogs, which can sometimes result in aggressive behavior. He mostly tolerates other Pekingese, as well as pets he got to know as a puppy. He loves to play with children who don’t annoy him. But only if he wants to. Young children should only be with him under supervision. If they grab him a bit awkwardly, he can snap.

Even if he likes to be a diva, the Pekingese is extremely affectionate towards his main human. With strangers, his heritage as a fearless palace guard comes through. He barks at everything and everyone and is sometimes difficult to calm down. If his guardian qualities are not in demand, he likes to lie on the sofa, but he also looks forward to his daily walk. He doesn’t appreciate being disturbed while he’s doing anything – especially when he’s sleeping.

The Pekingese is very sensitive to heat and cold and can quickly become hypothermic. In addition, he can be severely affected by his flat face. Sensitive eyes and breathing problems are not uncommon. As with almost all other dog breeds with a short muzzle, overbreeding led to major health problems. A responsible breeder tries to counteract this. With the skin fold on the face, which is easily inflamed, and the oversized head, there are still other weak points.

You also have to pay special attention to the diet, because the Pekingese can easily be overfed. This leads to bloating, diarrhea and sneezing.

The Pekingese and Its Appearance

The Pekingese is between 15 and 28 centimeters tall and weighs four to six kilograms. It has a double coat consisting of a long, straight coat and a dense undercoat. His coat can be any color – black, cream, grey, red, white, or beige. The color of his face is often black.

The Care of the Pekingese Dog

During the day he needs to be brushed occasionally because he sheds a lot of hair. In addition, dirt should be removed from the coat after every walk. 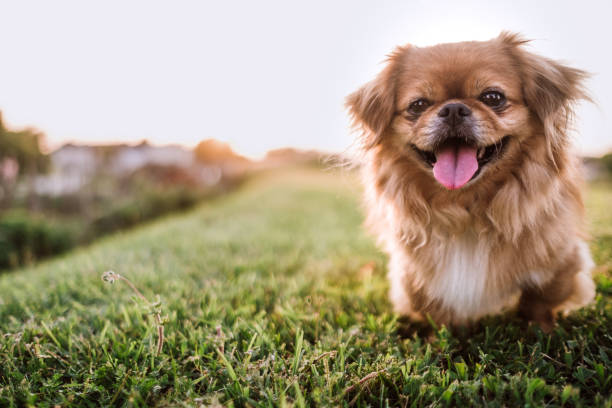 The Pekingese, also known as the lion dog, comes from the Chinese Empire and is already shown in very old pictures. There was a western standard in 1998. The Fédération Cynologique Internationale (FCI) counts it among the greetings of the company and companion dogs, section Japanese Spaniels and Pekingese.