The horse is a herbivore and eats plants. Like all herbivores, horses eat mostly grass. A wild horse leads a nomadic lifestyle and spends up to twenty hours a day feeding. When food is plentiful, the wild horse feels great and grows fat; when food is scarce and the weather is harsh, the horse loses weight.

Nature arranged it so that mares foal in warm springtime, when there is a lot of succulent grass around and, accordingly, there is enough milk for foals. Mares hunt every three weeks throughout the spring and summer until September or October, and the gestation period lasts approximately eleven months. 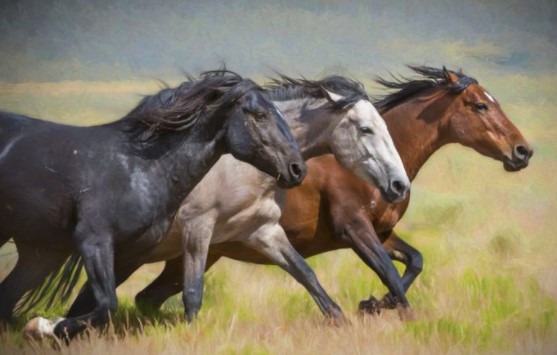 Horses are herd animals by nature. In the wild, wild horses live in social groups within a large community (herd), each of the groups includes a stallion, several mares with sheepskins and one-year-old foals, and sometimes one or two two-year-olds. Depending on the strength of the stallion, the family consists of about a dozen heads.

Young, timid stallions, along with old ones who no longer have mares, often live in bachelor groups – horses do not like being alone. Friendship is as important to them as family ties. Horses are happy to brush each other’s skins with their teeth, play together, rest and doze. The stallion loves to bite off parasites from the mare’s mane, even when she is not hunting (on other days it sexually excites her) and plays with foals with pleasure – although over time he expels mature offspring, who in this case is forced to join the bachelor company or start collecting their own group of mares.

Horses communicate with each other using both voice and gestures. Their “vocabulary” includes neighing, cackling, screeching, and sometimes roaring. Loud neighing allows horses to communicate at a distance; with a quiet cackle, a stallion talks to a mare, a mare to a foal, and friends greet each other; squeals are signs of arousal and are used in close contact, especially sexual; in the course of serious fights, mature horses can emit loud roars and screams, which playful young stallions do not, and a mare can shout out her displeasure to a stallion that bothers her at the moment when she is not ready to mate.

Another way of communication is the language of poses. The resting horse looks relaxed: the hind hoof is tucked up, the head is lowered, the eyes are half-closed, the lower lip is drooping. An excited stallion prances around the mare, his head is lifted up, the tail is raised, his whole appearance says: “Look what I am.” A frightened horse looks tense and alert, signaling to his mates that there is a reason for fear.

The smell is just as important to horses. Mares and foals recognize each other by smell. When they meet, horses that decide to make friends touch their noses, often blowing air forcefully through the nostrils. The importance of smell is also great in sexual relations – a stallion sniffs the genitals and urine of a walking mare and can distinguish her droppings from those of a stallion (he urinates on a mare’s droppings, and covers the droppings left by another stallion with his own).

A lot about a horse’s thoughts can be said by its exceptionally mobile ears – what interested it and what mood it is in. Drooping, drooping ears indicate that she is asleep, alert – speak of increased attention to something; ears turned back to show that the object of attention is behind, or they express submission and fear; ears pressed to the head can indicate anger or fear.

Due to the location of the eyes on the sides of the head, the horse has an almost all-round vision, the only blind spots are located directly behind and directly in front of the nose – to watch an approaching object, it only needs to turn its head slightly. One of the organs of touch is the hairs on the face, which allow her to judge how far an object is from her nose and can help in assessing the quality of an object, such as food.

The horse’s long legs allow it to move quickly, which is especially important for an animal whose natural form of protection is fast running. Since it is not designed to fight predators such as the wolf, lion, or snake, the main means of survival for it is flight. This explains why domestic horses often prefer to stand by a fence or against a wall in bad weather than go to a shelter specially built for them: horses feel safer in the open, where they have somewhere to gallop away from any danger.

The Fate of the Wild Steeds

The most distant ancestor of the horse, the hyracotherium, lived 55 million years ago and was no larger than a dog. Horses, as we know them now, appeared only one and a half million years ago. People tamed them in the steppes of Eurasia about 8 thousand years ago, and in the wild, they are almost gone. However, even in the 19th century, whole herds of wild Przewalski’s horses grazed in the Asian semi-deserts and steppes, and free tarpans, the ancestors of many modern horses, lived in the forests and steppes of Europe.

The Last Ones of the Wild Horses

The Russian traveler Nikolai Mikhailovich Przhevalsky, during one of his expeditions to Central Asia in 1879-1881, discovered there a wild horse unknown before to science, which later received his name. But at the beginning of the 20th century, Przewalski’s horses almost all died out. Several individuals were caught in Dzungaria (in the west of modern China), after which they began to be bred in zoos. Thus, two thousand Przewalski’s horses that live on Earth today are the descendants of these very animals. Since 1992, they have been released into the wild again. And now in Mongolia and China, there are already several hundred wild Przewalski horses. 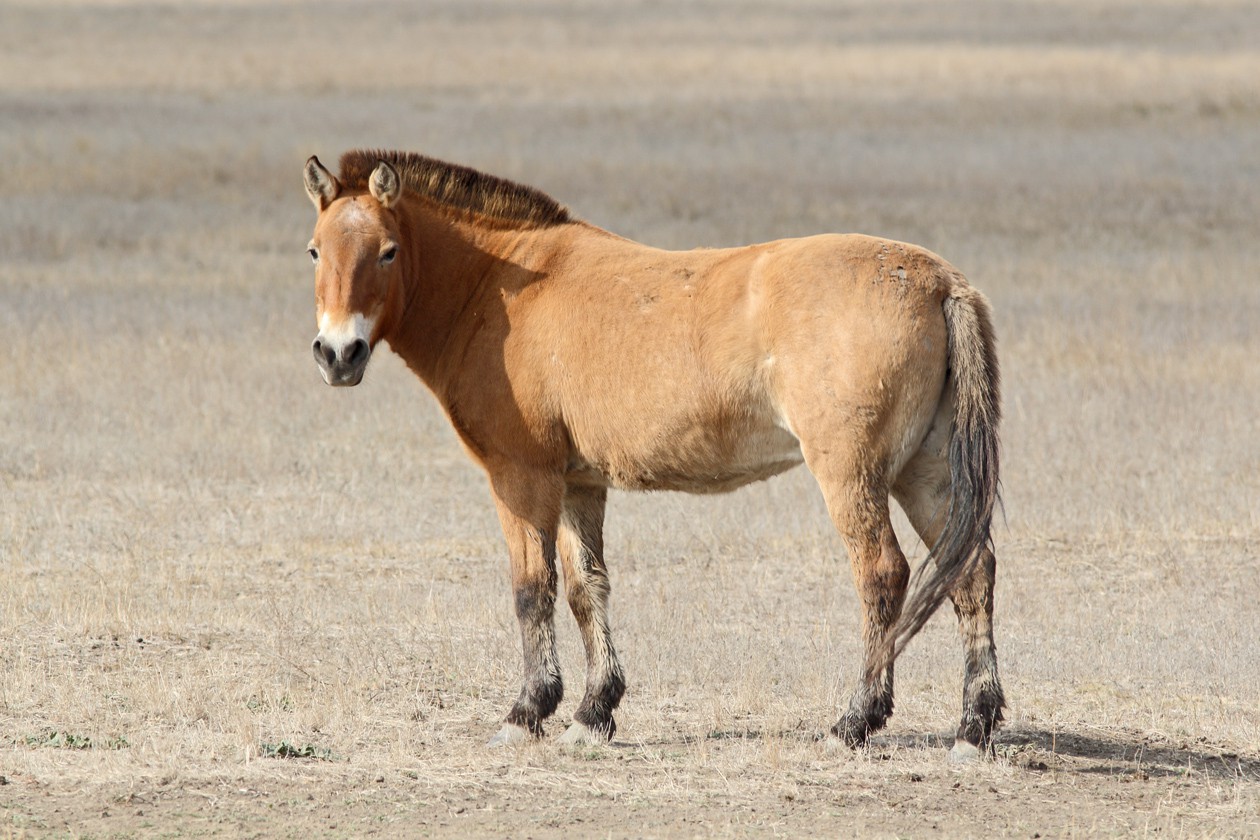 The Przewalski horse has a large and massive head, large and keen eyes, sensitive and mobile ears, and wide nostrils. All these signs are very important for life in the steppe, where it is necessary to notice the approach of danger in time. But friendship saves even more effectively. During sleep, Przewalski’s horses gather in a circle with their heads inward. Foals and sick relatives are placed in the center of the circle, warming them with their breath and protecting them from predators. 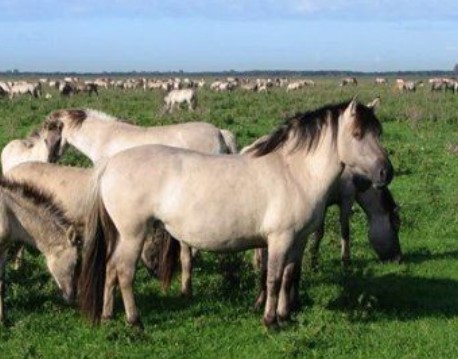 Forest and steppe tarpans – wild European horses of small stature and muscular color – became extinct in the 19th century. The man simply did not leave them a place to exist, he needed pastures for livestock and fields for growing bread. Perhaps the tarpans still have relatives – Polish horses. Some scholars believe that Polish peasants got these horses by crossing wild tarpans with domestic horses.