More recently, you brought a small lump to your home, promising to keep and protect it from all ailments. We took responsibility for his life and health. 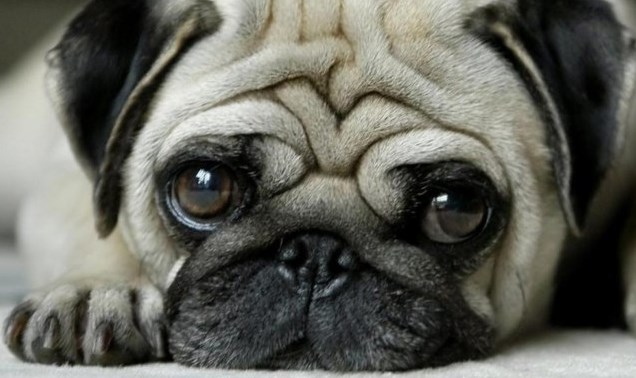 The health of the pug is usually not a concern for the owners, but there are, however, specific diseases inherent in the breed. They can be divided into 2 groups. The first one is diseases caused by the peculiarities of the structure and appearance of the pug (brachycephalic shape of the skull with large, slightly protruding eyes, skin folds). The second group is hereditary, genetically determined diseases of the pug.

Among the hereditary diseases that threaten the health of the pug, it is necessary to highlight Perthes disease or aseptic necrosis of the femoral head. Pug puppies get sick at the age of 4 months, lameness appears, the puppy tries not to step on the sore limb. When the owner tries to bend or stretch the paw, the puppy experiences pain. Over time, if untreated, the muscles begin to atrophy and the limb dries out. The diagnosis is made after an x-ray.

The treatment is surgical, the sooner it is carried out, the faster the puppy will get rid of the pain and begin to move normally. Since this disease is hereditary, when buying a pug puppy, find out if his parents had a similar ailment. If you develop suspicious lameness, you should contact your veterinarian promptly.

Dislocation of the patella occurs in pugs (hereditary or acquired as a result of injury).

Dysplasia of the hip joint is most often manifested during the period of intensive growth of a pug puppy. Early signs: unsteady gait and rocking croup. Walking, jogging and swimming are useful, but vigorous exercise is contraindicated. The reasons have not yet been identified.

Another health problem for pugs is juvenile demodicosis. The causative agent of this disease is a microscopic acarimorphic mite Demodex cаnis. In many dogs, this mite is present on the skin, but only immunocompromised puppies get sick with demodicosis. The disease begins with thinning of the hair around the eyes, mouth, chest, and forelimbs.
Wool begins to look “moth-beaten”.

The earlier the treatment starts, the faster and more successful the result will be. Treatment, as a rule, is complex, aimed at both getting rid of the tick and raising immunity. If demodicosis is not treated, the disease will progress, pustules, scabs may appear, the dog may even go completely bald.

A particular health risk area for pugs is the eyes, which are especially prone to injuries, from a blade of grass and foreign bodies to an eyeball falling out of its orbit due to a blow or an insect bite. If such a situation has occurred and the eye literally rolled out, you cannot try to fix it on your own, but you need to put a wet bandage on the injured eye and urgently deliver the dog to the veterinary clinic. This is a common occurrence in pugs and glaucoma, which is also caused by the structure of the eye. The disease is very serious and can lead to blindness. There is also progressive retinal atrophy, trichiasis (growth of eyelashes along the edge of the upper eyelid in the opposite direction), and eyelid skew. 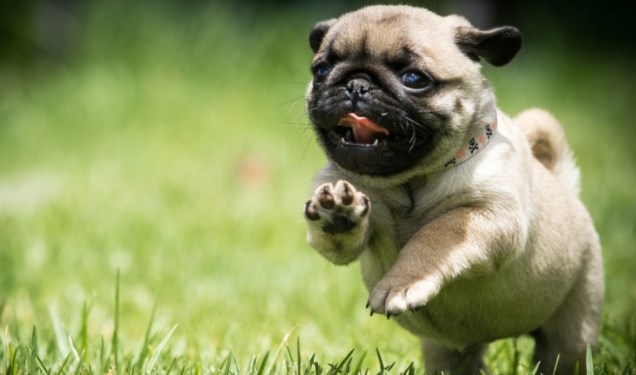 Wrinkles on the face of pugs can also cause problems. With excessive growth of folds near the eyes, chronic keratitis can develop, fraught with blindness. In such cases, in order to avoid dramatic consequences, the pug will have to undergo plastic surgery and remove excess folds. The folds themselves also need systematic care. In its absence, inflammation may develop.

Pugs have a narrow ear canal, and due to this structural feature, otitis media is not uncommon. As a preventive measure, you need to regularly clean your ears.

Pugs have health problems such as cleft palate and cleft lip. It is not a hereditary disease. It is caused by excessive use of steroids by the expectant mother, a violation of her vitamin A level of stress experienced.

Acquired or hereditary hermaphroditism may appear. External factors: diseases of a pregnant bitch, the introduction of anthelmintic or hormonal drugs during this period, vaccine

Encephalitis has become the scourge of modern pugs. It usually appears between the ages of 9 months and 4 years. The most common symptom is convulsions. The dog behaves strangely, the muscles tremble, and then the limbs stiffen, and the animal falls. Seizures resembling an epileptic seizure are possible. After that, the dog falls into prostration for several hours and may temporarily lose sight. Unfortunately, no cure has been developed.

Due to the short muzzle, pugs begin to lose their teeth quite early.

Breathing problems are possible, and problems with thermoregulation are fraught with overheating with prolonged exposure to heat and stuffiness.

The elongated soft palate affects the vocal apparatus of pugs and leads to respiratory failure, hyperventilation, and collapse. Operation is possible.

Tracheal collapse is a hereditary defect in pugs. Symptoms: hoarse breathing, barking (bubbling) cough. It is necessary to strictly control the weight of such dogs.

Pugs usually have a good appetite, their metabolism is somewhat slow, and with overfeeding and lack of physical activity, obesity begins. Therefore, taking care of the pug’s health should include balanced nutrition, walks, and active games.