The Puli is a high-energy, athletic, playful, affectionate, and loyal dog. It’s tough, dependable, and very serious in its role as the protector of your home. At the same time, the Puli is a fun-loving and good-natured companion who follows your voice and is very affectionate with those he loves and knows. He makes an excellent watchdog because he is naturally suspicious and protective of his family and territory.

Contents hide
1 Portrait of The Puli
2 Appearance: Puli
3 Attitude and Care
4 History of the Puli

Portrait of The Puli 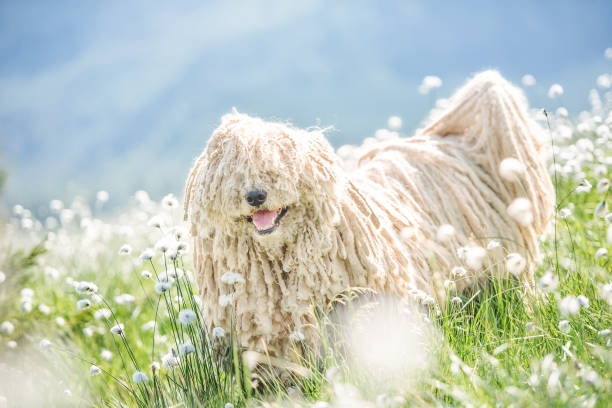 He is wary but controlled and not aggressive towards strangers, although he will bark if he senses his owner is in danger. He usually keeps his distance from strangers until he is sure they pose no threat. He can be loud and expressive and sometimes bark too much. Training with him is difficult when there are new people around who can distract him. Although he can be stubborn and stubborn at times, he is housebroken. If you give him firm and consistent rules, he will observe them and follow them in the future.

Most of the time he just wants to do tricks and have fun. Throughout his life, however, he is known for being cheerful, curious, and energetic. He needs a lot of exercise and space to play. He is fast, agile, and loves to run around. He doesn’t like to be left alone for long periods of time. He needs his long walks with you and the chance to romp around. When you are outside with him he should always be kept on a leash as he likes to chase after smaller animals.

He behaves very variably towards other dogs and pets, as he gets along well with some dogs and pets, while not getting along with the others at all. That is why you need to be careful if you want to keep him with other pets. He is helpful and family-oriented and loves to play with children who treat him with respect. The Puli sheds almost no hair at all and is a clean house dog.

The Puli is 36-45 cm tall and weighs 10-15 kg. It has a distinctive black, white, or apricot-colored waterproof coat. Its fur hangs in round cords to the ground. He did not have this coat from birth, the long hair only develops one to two years after the puppy coat has been shed.

Because of his hair, his coat should be brushed several times a day for 10 to 15 minutes.

History of the Puli 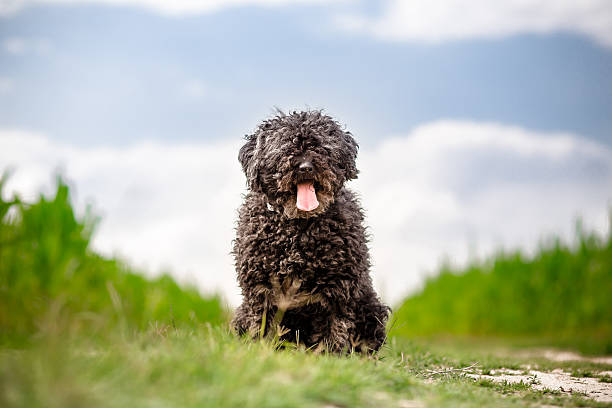 The Puli was kept as a shepherd dog in its home country of Hungary over 1,000 years ago. His corded coat is unique in the canine world and is designed to protect him from harsh conditions. In the 17th-century other shepherd dogs came to Hungary and were crossed with the Puli, which almost led to the extinction of this breed. In 1912 the breed was first revived in Hungary.