Schipperke, who comes from Belgium, makes a very clear distinction between friend and foe. That is, between his family or people he knows well and those he doesn’t know. With strangers, the otherwise lively dog ​​is reserved to dismissive. 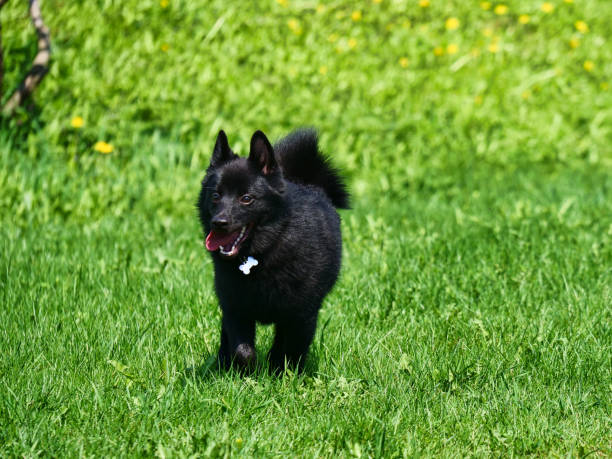 This makes the Schipperke an excellent guard dog, which is what it was originally bred to do. He reliably reports every unwanted (but sometimes also desired) visitor by barking loudly, which is also one of his favorite pastimes. The Schipperke is therefore not in good hands in poorly soundproofed apartments. For families who do not have to consider noise-sensitive neighbors, however, the Schipperke is a lively and child-friendly playmate with a lot of urge to move, which is extremely easy to train.

He is considered to be very curious and is dying to learn new things. Anyone who has ever experienced a Schipperke in a circus knows what tricks the bright little fellow can be capable of. And it’s not overly difficult to teach him little tricks. When he has let off steam enough, his gentle side usually comes to the fore. Because once Schipperke has gained trust, he is usually very cuddly when dealing with his people.

The Schipperke is between 22 and 33 centimeters tall and weighs between three and eight kilograms. Its fur is smooth and in most cases black. Typical of his appearance is the “hair collar”, which is caused by the slightly longer hair around the neck.

Care of the Schipperke

Since the coat is very short, it does not require any extraordinary care. Brushing, washing from time to time – that’s all it takes. 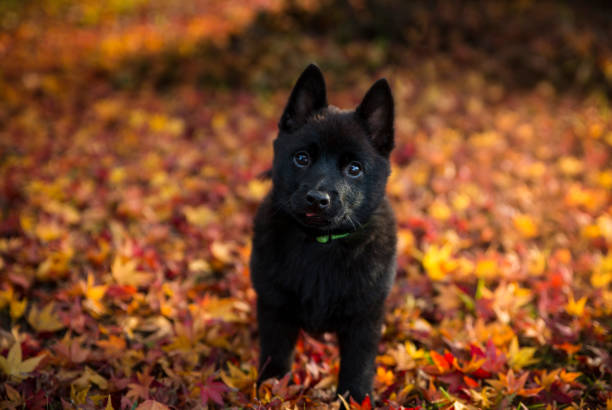 The Schipperke comes from Flanders, where it was used as a guard dog as early as the 16th century. When the Belgian Queen Marie Henriette got a Schipperke at the end of the 19th century, the popularity of this dog breed grew. In Flemish, his name means “little boatswain” – and indeed the Schipperke was and is a popular companion on inland vessels, warning his master of the quay walls that are getting too close.