He is a small, sturdy dog ​​with relatively short legs that gives a lively impression. Its head is long and wedge-shaped. The stop is well developed on the flat skull. The well-developed jaw shows a regular scissor bite. The Västgötaspet’s eyes are oval in shape and dark brown. He carries his medium-sized ears erect.

The back is straight and well-muscled. A distinction is made between two forms of his rod. one long tail and one short. Any type of rod holding is permitted.

The Västgötaspet’s front and hind legs have a strong skeleton and allow a harmonious gait with good traction. Its fur lies close to the body and is of medium length and firm. The undercoat, on the other hand, is soft and very dense. The desired colors are grey, grey-brown, grey-yellow, reddish-yellow, or reddish-brown. The hair appears slightly darker on the back, while lighter shades are noticeable on the throat, chest, belly, buttocks, and paws. White is only allowed in the form of a blaze. 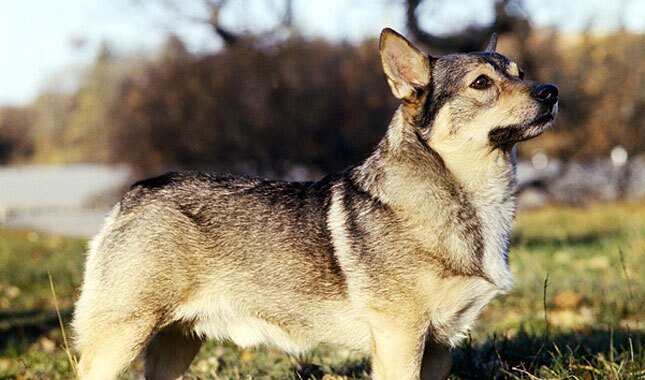 The Swedish Vallhund (Västgötaspets), originally a house and farm dog, is also often kept as a family dog. However, he is not suitable as a lap dog. Rather, it is a hardy breed that has a lot of temperament and energy. Sufficient daily activity is extremely important for Västgötaspets. Long walks, hikes in the mountains, hiking in the snow in winter, and dog sports are all important for this dog when not assigned guarding or herding duties.

If there are children in the house, they should treat Västgötaspets with respect. If he is annoyed, he can sometimes react by pinching. However, if the children already have dog experience, the Västgötaspets will become their best friend, who loves to play and romp. It is best not to leave very small children alone with the spirited boy.

If his urge to move is well utilized, the Västgötaspets also likes to lie down on the couch in the evening and let himself be pampered with strokes.

His upbringing does not usually pose any problems. Since the Västgötaspets quickly recognize the weaknesses of its people due to their high level of intelligence, consistency in their upbringing is necessary. His innate urge to bark should also be kept to a moderate level when he is a puppy. However, he will never become a silent companion.

The Swede has a relatively short coat with a hard top coat and plenty of undercoats. It is quite sufficient to give the dog a good brushing once a week to remove loose hair. More frequent brushing is required when molting in spring and autumn. If Västgötaspets is very dirty, it doesn’t mind a bath. Here, however, a special dog shampoo should be used, which protects the sensitive skin of the animal.

Västgötaspet’s claws need regular trimming unless they are automatically run off on paved paths. Claws that are too long always increase the risk of injury.

Diseases in the Swedish Vallhund (Västgötaspets)

This particularly robust herding dog rarely has to contend with hereditary diseases. Only one eye disease, progressive retinal atrophy, occurs more frequently with age. It leads to a mild form of night blindness.

The Västgötaspets may come from cool Sweden, but they don’t have any problems with our relatively warm summers. You just have to make sure that a cool, shady place is available for him during the warm months. Dog sports or strenuous hikes are best done in the morning or very late in the evening.

The pretty Swede sometimes has problems with his figure and quickly weighs a few pounds too much. It is therefore always important to ensure a balanced diet, obesity shortens life expectancy, which is normally 12 to 15 years. 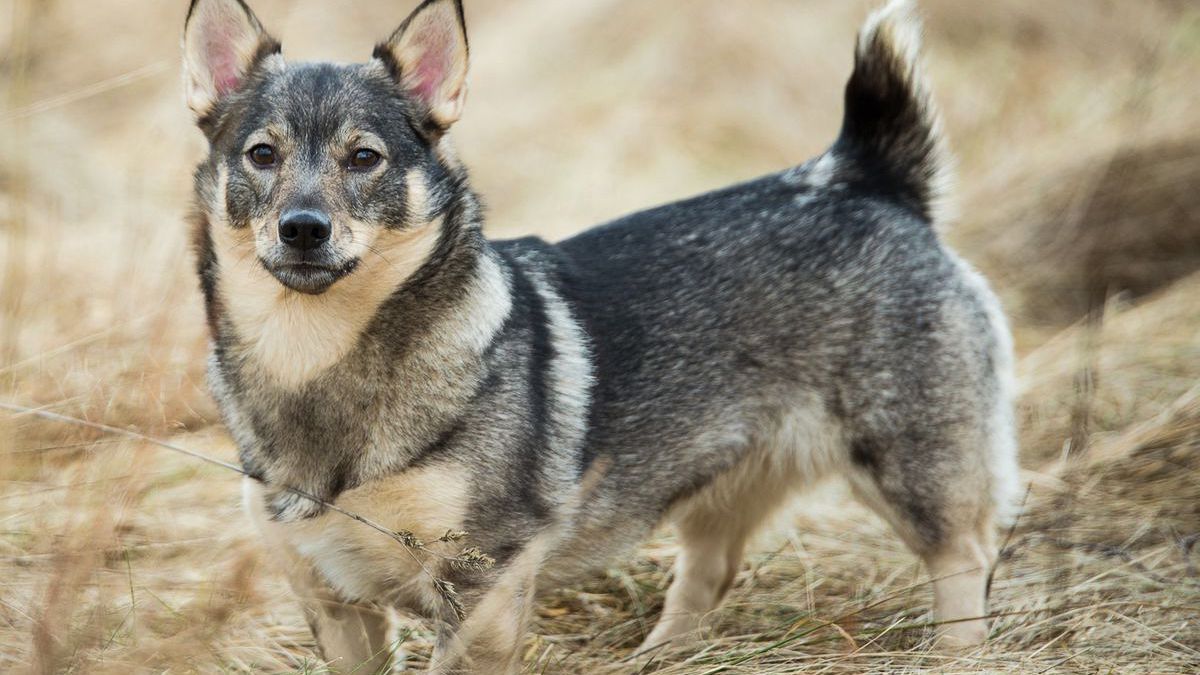 The Swedish Vallhund is a very old dog breed, known for at least 1,000 years. Its name means “herd dog” in Swedish and is also known as “Viking dog”.

For centuries it was used to protect livestock, guard farms, and catch rodents. Today it is still used in Sweden as a herding dog and is used by the Swedish Army as a search and rescue dog. By 1942, his breed had almost died out but was then carefully revived in his native country.

The Swedish Vallhunds come from Västergötland County, which lies south of Lake Vänern. Here the little dog proved excellent for observing, guarding, and herding. The breed originated in English Viking settlement and is said to have helped develop the modern Welsh Corgi and Lancashire Heeler. According to the American Kennel Club, another theory of the breed’s origin is that in the eighth or ninth century “either the Swedish Vallhund was brought to Wales, or the Corgi to Sweden,” which explains the similarities between the two breeds