At first glance, the Shiba Inu bears a certain resemblance to a fox. He has a compact, well-proportioned body and is well muscled in all the right places. The Shiba has a relatively broad forehead and a moderately long muzzle.

Breed Characteristics of the Shiba Inu

The small, dark brown eyes have an almost triangular shape, the outer corner of the eye points slightly upwards. The small, forward-pointing erect ears are also triangular. What is striking is the straight back, which ends in a thick curled tail, which is always carried over or on the back.
The front and hind legs are strong and well-muscled. His movements always appear nimble and light-footed.

Shiba’s top coat is hard and has no waves. Its abundant undercoat is characterized by a special softness. The coat of the Shiba Inu has a special smell. Even when the Shiba is wet, it does not develop the typical strong dog smell. 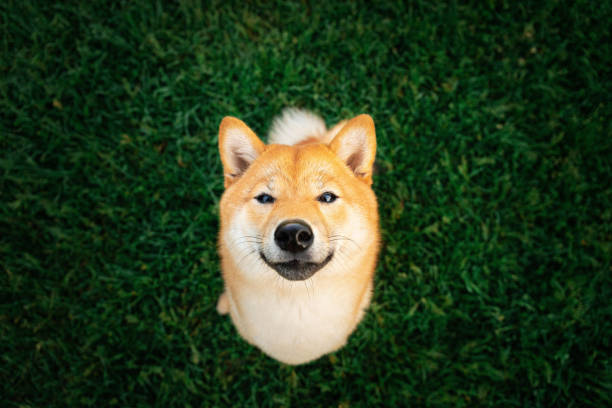 The Essence and Character of the Shiba Inu

A Shiba Inu is a courageous and self-confident family and companion dog whose strong will is immediately noticeable. In the family, he is affectionate and loyal. If the upbringing is neglected, the Shiba tends to become dominant. He is intelligent and learns quickly, but decides for himself whether to implement the command he has learned.

This all sounds like a difficult dog to train. Nevertheless, one should not make his judgment too quickly. The Shiba is certainly independent, stubborn, and spirited. Nevertheless, with a lot of patience, love, and, above all, consistency, you can train him to be a balanced companion. Hardness is out of place. The Shiba will never forget penalties and thus the hard-earned trust gets a kink. Understanding and accepting your individuality is important in education.

The Shiba Inu breed was formerly used to hunt small game and birds. Even today, the hunting instinct has been preserved, which makes it necessary to put it on a leash in the wild. Its quality as a guard dog is valued. The Shiba has a natural sense of danger and reports any intruder in its territory, but this does not degenerate into constant barking.

Based on the original use, the breed has retained a strong urge to move. The Shiba Inu, therefore, needs a lot of exercise and activity. Sporty owners go jogging with him, ride a bike or challenge him in dog sports.

Caring for the Shiba Inu

Despite the thick coat, caring for the Shiba Inu is easy. His coat only requires a good brushing every now and then. However, during the molting season in spring and fall, the Shiba sheds a lot of hair and should be brushed daily to avoid matting the coat.

A regular check is appropriate for the ears. Dirt can be removed with a damp cloth. If there is encrustation in the deeper ear area, a special ear cleaner can be used. A few drops are massaged in and the dog then shakes out the dirt.

Teeth and claws should also be checked frequently. Chewing hard skin bones removes plaque and thus prevents gingivitis. If necessary, that is, if they will not walk off by themselves on hard floor coverings, the claws must be trimmed.

The Story of the Shiba Inu

The Shiba Inu comes from the mountains of central Japan. Here he was used as a guard and hunting dog as early as 400 years before the birth of Christ. Based on skeletal finds, however, there are reasonable assumptions that the breed has accompanied humans for more than 8000 years. 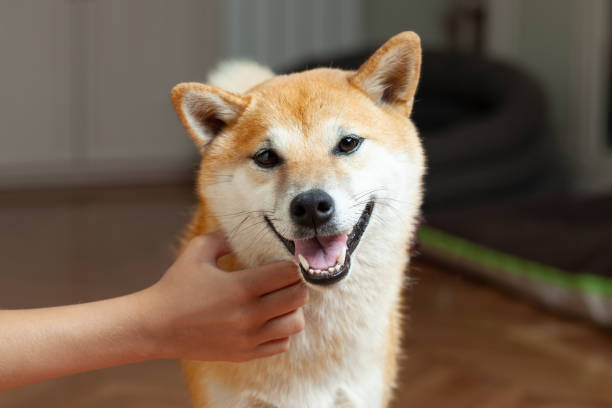 For centuries, the Shiba remained a pure breed because only a few breeds of dogs were bred in Japan. It wasn’t until the English introduced pointers and setters, around 1870, that crossbreeding did occur and indeed purebred Shiba Inus became rare. Only strict standards and targeted pure breeding saved the purebred Shiba from extinction. In 1934 the first breed standards were created.

The Japanese made the Shiba a Japanese natural monument in 1937, which proved advantageous for pure breeding. Today the Shiba Inu is one of the most popular dog breeds in Japan. It is less common outside the country’s borders but is becoming increasingly popular in Europe and the USA.