It is impossible to say exactly how many breeds of dogs there are on earth, in general, there are about 400 of them. Each of the breeds is unique in its own way and has a number of pronounced distinctive features, manifested in external characteristics, purpose, temperament traits.

However, there are species that, for a person who is not versed in cynology, at first glance may seem exactly the same. Some of the representatives of this category are the Akita Inu and Shiba Inu breeds. 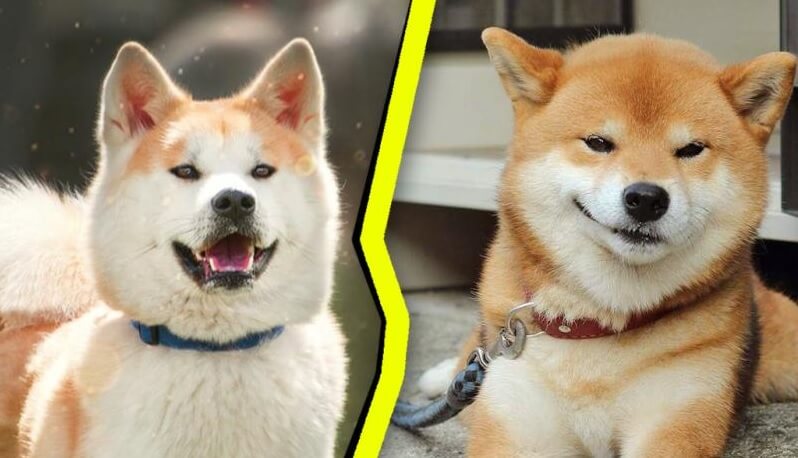 Both breeds are dense and robust. Paws in dogs are straight, move freely. The muzzle is slightly plump, elongated, the eyes are narrow, almost triangular. Erect ears are triangular in shape and are one of the most common problems for breeders – the ears of puppies often “do not want” to get up or stand up but in turn.

The coat of Akita and Shiba is thick and short, moreover, for Shiba, it goes in 2 layers, and for Akita in 3. Despite this, they do not need the services of a dog hairdresser, combing is carried out only during periods of strong shedding. The color can be solid or with the presence of blotches of other colors. Shibas are distinguished by red, tan, or black coat color. Akitas are born with brindle, fawn, and sesame coats. There are both pure white and pure black representatives of both breeds.

Important! Black puppies of the Akita Inu breed are classified as “defect”. At shows, such dogs are disqualified, the price of such a puppy can be reduced by 2 times. 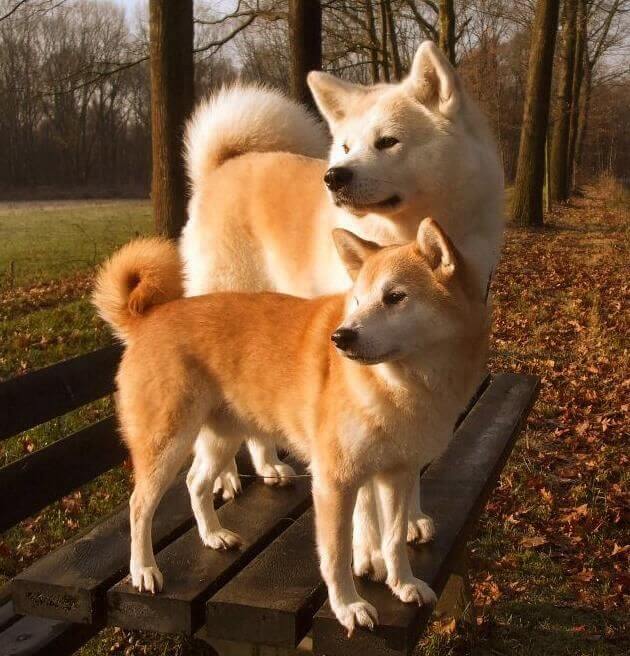 Representatives of both breeds, both Akita and Shiba, are great for keeping in a family. They are affectionate and very loyal, get along with children, and cannot stand being alone.

Important! Keeping dogs of these breeds outdoors on a leash or free-range is highly undesirable.

In the process of training, you can notice that the dogs of both breeds are very smart and quick-witted, however, Shiba-Inu, if something does not to his liking, can be stubborn and show willfulness. If we talk about the manifestation of aggression, then neither Akita nor Shiba are statutory to bark loudly and rush at people or other dogs for no good reason. If the owner is in danger, then more help should be expected from representatives of the Akita-Inu breed, who are ready to give their lives for him/her. The Shiba Inu is a little calmer in this regard, barking and grabbing the attacker’s leg is all they can do. Shibas are more owners than Akitas, they do not like to share and more often recognize only one owner, not wanting to carry out the commands of other family members.

Important! Akitas get along well with representatives of the feline family, while Shiba Inu cannot stand them. 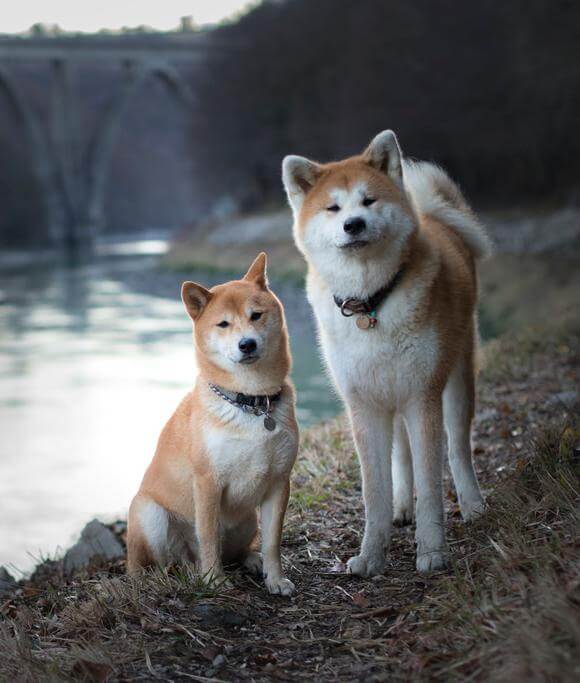 Dogs of both breeds have a common homeland – Japan, where they were originally bred as hunting dogs. The main difference in the origin story is that the Shibas were used to guard Buddhist monasteries where they became companions of calm and level-headed monks.

Akitas continued to hunt wild boars and bears, which made them much stronger, more powerful, and taller. Representatives of this breed even took an active part in battles during the Second World War, which practically destroyed them as a species.

Today, the population of Akita Inu and Shiba Inu is not endangered, you can buy a puppy either in the nursery or from your hands. It is worth remembering that preference should be given to breeders who can provide the necessary documentation that confirms the puppy’s pedigree and good health.