Snub-nosed monkeys, roxellan rhinopithecus, are only formally considered tropical inhabitants. They live at an altitude of 1.5-3 thousand meters above sea level, among the snow in the mountains. That is why the locals call them “snow monkeys”. The Chinese often depicted precisely these bright animals in their paintings, silk-screen printing, and engravings. 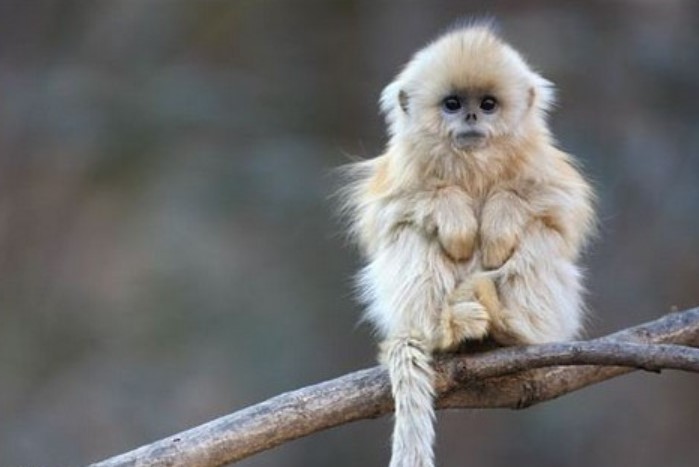 Most of the time snub-nosed monkeys spend high in the trees (Zhouzhi National Reserve, China). Sexual maturity occurs by the age of seven.

Territory and group dominance issues are resolved in bloodless duels. Males demonstrate their rage, pressure, strength – they growl, bark. Females usually watch, although they can take part in the battles themselves.

Only a few species of monkeys can live in such low temperatures in the snow. Snub-nosed monkeys gather in tight family groups in cold weather.

Snub-nosed monkeys feed on an area of 3 to 10 square miles. The diet is quite extensive – from fruits, seeds, and leaves to lichens, twigs, and bark.

Monkeys very dexterously move on stones through rivers, although there are falls on frozen ground.

For safety, monkeys prefer to stay high. They spend more than 90% of their lives there. 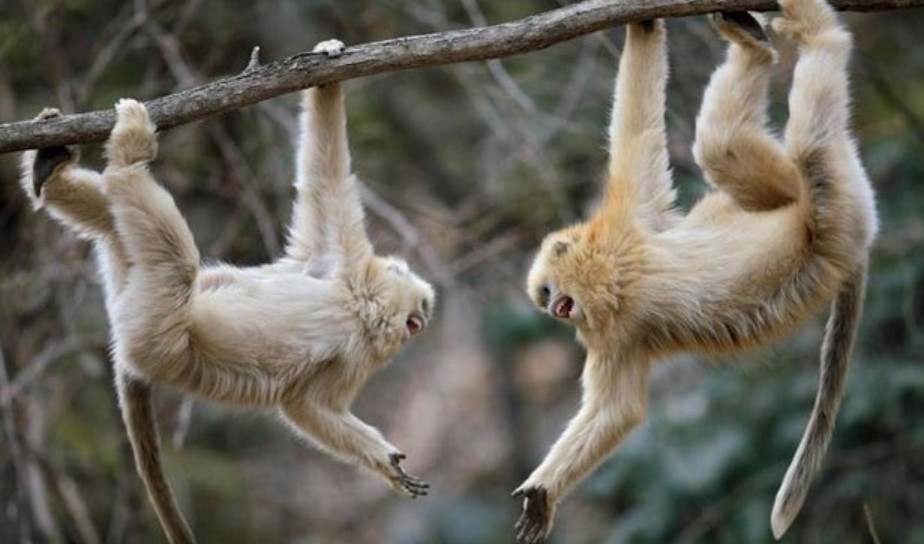 This is how young males train in games to fight for territory and authority, they try to throw each other down.