The first mention of Alano can be found in the Spanish work “The Book of Hunting”, published in the XIV century, and in the XVIII century, the great Goya himself immortalized the Spanish bulldog on his canvases. Translated from Spanish, Alano means “bulldog”, but this noble Don has several speaking names in his homeland, for example, “chato” (which means “snub-nosed”), “perro de presa del toro” (dog for baiting bulls), ” kulebro “(translated as” snake “) and others. 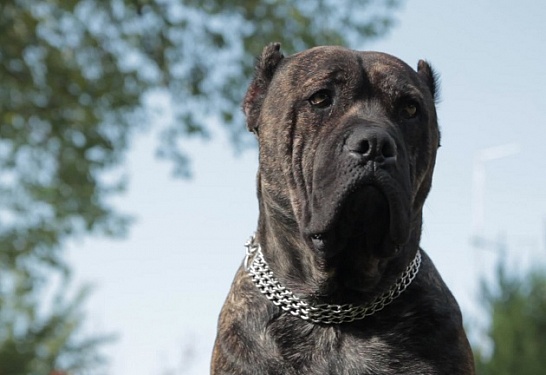 This formidable Spanish macho species is very famous both at home and in other European countries, but, unfortunately, has not yet been recognized by either the International Cynological Association or the Spanish Central Royal Society of Kennel Breeding. It is believed that the Alano came to the Iberian Peninsula together with the invaders’ Alans (these are ancient Sarmatian tribes, the ancestors of modern Ossetians) somewhere at the turn of the 4th and 5th centuries of our era. For many centuries, the Alano was a typical “workhorse” – cattlemen used it as a pickling dog while hunting wild boars, used as a cattle watchman and house guard, and the Spanish bulldog also worked as a pacifier of aggressive bulls, which were prepared for performances in bullfights. But over time, the number of hunting grounds in Spain was rapidly decreasing (in addition, Spanish farmers began to graze livestock in pens using a new method), and the use of Alano for baiting bulls was banned since 1883. 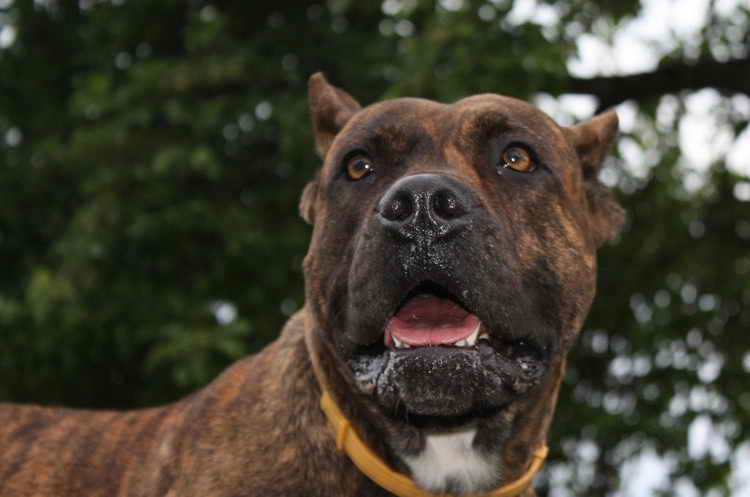 Due to the sharply reduced demand, the breed gradually fell into decay, and now there are only a few dozen of these noble stern macho, scattered in the most remote corners of Spain. By the way, at the beginning of the 20th century, this breed was even considered extinct, but after studying dogs in cattle-breeding zones, a group of dog handlers found out that after all, Alanos (albeit in some cases not entirely purebred) are still found in nature – in the mountainous northern regions of the Iberian Peninsula, only this a brave dog with a powerful bulldog grip and a hardened character is able to cope with angry feral bulls. The restoration of the breed that began in time saved it from the threat of extinction. Alano is a strong and resilient dog with strong legs, back and lower back, his height at the withers ranges from 56 to 65 cm, weight – from 33 to 45 kg. He has a short, large muzzle with dense black lips, powerful jaws with well-developed chewing muscles, small, high-set ears and eyes that are far apart from each other, whose gaze is serious and stern. The skin of the Spanish Bulldog is rather coarse and thick, forming small folds on the forehead and neck, the length of the coat ranges from 1 to 2.5 cm. The color of these formidable Spaniards is most often found red and its various shades, there are also white Alano. Alano has a typically Spanish character and temperament: he is a passionate, brave, and noble dog with a pronounced sense of his own dignity. He has excellent working qualities, a stable psyche (and how could it be otherwise with such and such a past), he calmly and attentively listens to all the commands of the owner and clearly, without unnecessary body movements, fulfills them, but at the same time, he is a very independent dog with developed leadership qualities. Alano has a perfectly developed sense of smell, hearing, and sight, he is very hardy, and the wounds received, due to good blood clotting, heal on him quickly enough. Thanks to communication with bulls, the Alano developed an excellent reaction, incredible dexterity, and resourcefulness, but at the same time, he would never get into a fight first. 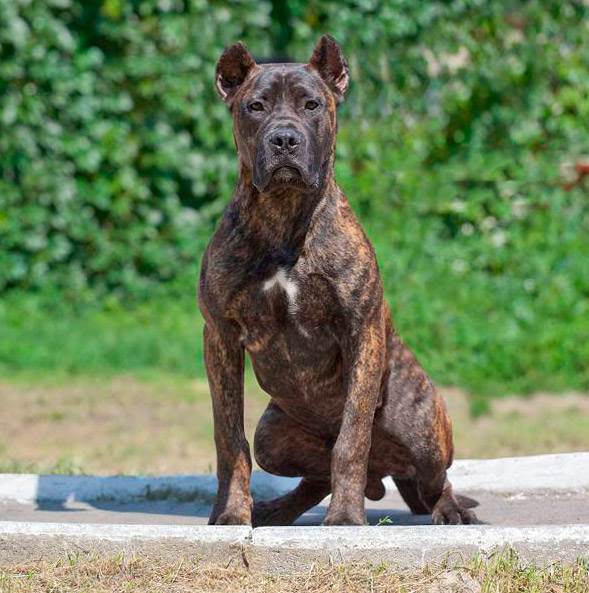 For all his tough characteristics and harsh appearance, this Spaniard is affectionate and gentle with his family and loves to tinker with children. This doggie is more suitable for keeping in a rural house with regular active training in the fresh air – in an urban environment, due to lack of activity, it can grow up too aggressive. But in the countryside, he will be an excellent companion, loyal friend, and reliable guard.