This rare breed of dogs originates from Egypt, full of mysteries and secrets, or rather from the Egyptian village of Armant, after which it was named. It is believed that the progenitors of the Armant were the French shepherds (briards), which at the beginning of the 19th century came to the territory of Egypt together with Napoleon, who was making another aggressive campaign with his army. As a result of crossing briards with local breeds, the Egyptians received an excellent four-legged guard and vigilant shepherd. 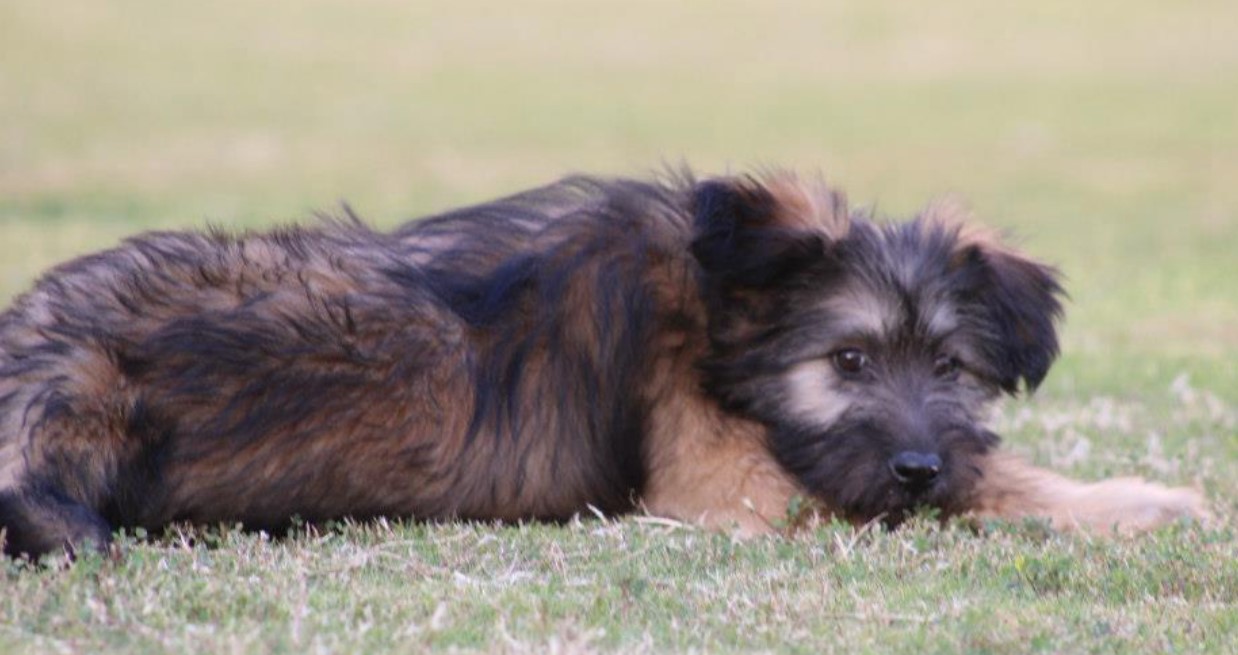 Outwardly, the Armant creates the impression of a hardworking and hardy dog. He has a compact build, but a strong back and strong limbs. It has arched toes on its feet that allow it to work in the roughest terrains. The Egyptian Shepherd has a medium-sized head, deep chest, erect or drooping ears (the breed standard does not give this strict importance), a long tail that can be docked, small dark eyes with a lively expression. It is interesting that the nose of the Armant can be either black or corresponding to the color of the coat. The coarse and shaggy coat of these dogs, which needs regular cleaning, saves them from any bad weather. The color of Armants is usually black or gray with tan or white markings. These dogs are from 53 to 58 cm high at the withers, weighing from 23 to 29 kg. The Egyptian Shepherd is not recognized by international canine associations, including the American and English Kennel Clubs, but has earned recognition from several other, less prominent canine associations. But the most important thing is not official recognition, but people’s love, and this is enough for Armant because he is very much appreciated in his homeland, where this hardy and obedient dog is still used to graze and guard livestock and, if necessary, he fearlessly enters into battle for their charges. In addition to Egypt, Egyptian shepherds are also bred in Holland and France, but since the breed is very rare (and, accordingly, expensive), those who want to get a puppy have to take a queue. Armant is a very agile and fast dog. Thanks to her energy and enthusiasm, she will be an excellent companion in children’s games, and she will be happy to accompany you on morning jogging or hiking. This dog will get along well with other animals living in the house, of course, if you properly introduce them to each other. Egyptian shepherd dogs lend themselves well to training, but on condition that the owner correctly establishes contact with them and shows himself as a leader: then during training the dog will give all his best to earn the praiseworthy words that he loves to listen to. This shrewd dog with an excellent protective reflex is always in control of the situation and if he suddenly feels danger, then rest assured that he will not allow ill-wishers to harm you, your household, or property in any way.