Often, pigs are poisoned by boiled beets as a result of the formation in it during cooking and subsequent slow cooling of nitrites from nitrates under the action of denitrifying bacteria. To prevent this poisoning, beets are quickly cooled after cooking and immediately fed. Before cooking, beets and other root crops must be cleaned of soil and rinsed well. In decaying tops and roots of beets, nitrites can also accumulate, which is dangerous when feeding animals. 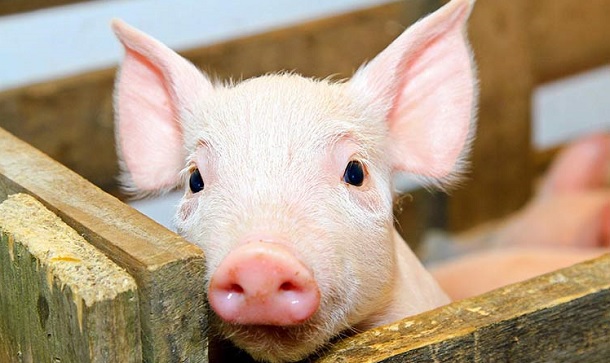 Fodder beans have a fixing effect (contain tannic acid), so it is useful to give them before spring pasture of cattle and feeding green fodder. In compound feeds it is recommended to use beans together with wheat bran and molasses.

Wheat bran contains large quantities of vitamins of groups B and E. Phosphorus in them is in the form of phytin, which has a laxative effect on the digestive tract of animals.

Rye bran contains more sugars, less protein, and fiber, they are fed to cattle and sheep, with the exception of calves and lambs.

Sunflower cake and meal with a high husk content must be thoroughly crushed, they cannot be used for feeding young animals. Flaxseed cakes and meals not only have dietary properties but may contain cyanglucoside – linamarin, which under the action of the enzyme linase (temperature optimum 38-40 ° C) is hydrolyzed to hydrocyanic acid. To prevent the accumulation of the last cake, do not soak for a long time, you can scald with hot water at temperatures above 60 ° C, and it is better to feed it in a chopped and dry form.

Cotton cake and, to a lesser extent, the meal often contains a toxic substance – a pigment – gossypol, which has a cumulative property. Young animals, pigs, horses are especially sensitive to it. In order to prevent poisoning with gossypol, it is necessary to observe the norms of feeding the cake: cattle – up to 3 kg, horses – up to 2 kg, pigs – up to 0.5 kg, sheep – up to 0.2 kg per day. It should periodically after 1-2 months exclude from the diet for 3-4 weeks. You can not use cotton cake when keeping gossypol in it for young livestock (calves up to 4 months of age) and poultry.

Cotton cake with a free gossypol content of more than 0.1 to 0.2% is allowed to be introduced into compound feed for dairy cows, fattening cattle, and horses within the range of 10-20%.

Meal and cotton cake when the content of free gossypol in the first is no more than 0.02% and in the second no more than 0.06%, it is allowed to enter into compound feed for fattening pigs from 6 to 10%.

Cotton cake is neutralized by warming up to 80-85 C for 6-8 hours, boiling for 1 hour, or treatment with alkalis (2% solution of slaked lime, 1% solution of caustic alkali), pouring them into the cake for a day, followed by two washing water.

The use of large quantities of sugar beet and corn in the phase of milk-wax ripeness often causes poisoning in cattle. The reason for them, according to many researchers, is the high content of easily digestible carbohydrates in these feeds, which are rapidly fermented in the rumen to form lactic acid. A high level of the latter disrupts the reaction among the cicatricial contents and inhibits the activity of physiologically beneficial microflora. Absorbed into the blood, lactic and other acids violate the acid-base balance, which leads to disease and often to the death of the animal. Prevention of sugar beet poisoning is aimed at gradually accustoming animals (cows) to eating it, starting from 2-3 kg.

When feeding such potatoes, animals develop signs of poisoning, which occur in the nervous and gastrointestinal forms. The first is manifested by the oppression of the animal, low mobility, lack of response to shouts and external stimuli, unsteadiness of gait is observed, often accompanied by convulsions, paralysis of the limbs. In sick animals, breathing is weakened (sometimes shortness of breath, cyanosis) and cardiac activity is impaired, pregnant animals are aborted.