Have you ever seen bears stand up on their hind legs? This is a pretty creepy sight. The animal nature, strength, and power are immediately felt. In a horizontal position, the head of the animal is at a height of 2 or even 3 meters.
Why do you think they do this? They have their own reasons. 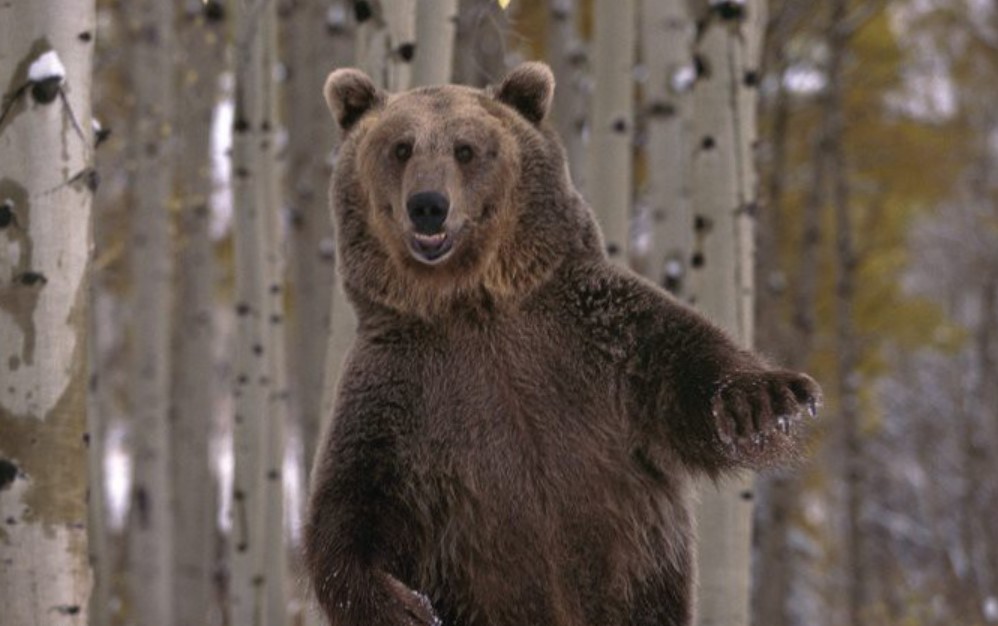 The first and main reason they do this is to intimidate the enemy. In addition, standing on its hind legs, it is much more convenient to attack from above and hit with two paws at once.

Bears often quarrel when fishing. The birds are already used to it.

The second reason is an overview of the area. The fact is that the eyesight in bears leaves much to be desired, in contrast to the sense of smell and hearing. And it is much more convenient to look at the rugged terrain from a sufficient height.

Bears, despite the fact that they are strong and deadly animals, try to avoid humans or not enter into open conflict. But if this happened, then the bear will certainly rise on its hind legs – this is an act of intimidation. Moreover, at this moment he himself is very scared, but he will not run away immediately. However, he will still chase the enemy or prey on his fours.

The bear can also climb on its hind legs in order to better view the prey in the river. This stance is very useful in any activity.
For some reason, the bear’s attention is more attracted by objects moving in the distance, and not at all by those under his nose.

Bears are very curious animals, although not to the same extent as cats.
Bear curiosity is legendary. Once, two friends were driving along a country road far from settlements. Suddenly, a huge boulder rolled down the hill onto them. The friends had to stop and find out who had such unfunny jokes. It turned out to be a bear. He was standing on a hill, leaning on another stone. In the end, he pushed him and watched with curiosity as he rolled down the hill. 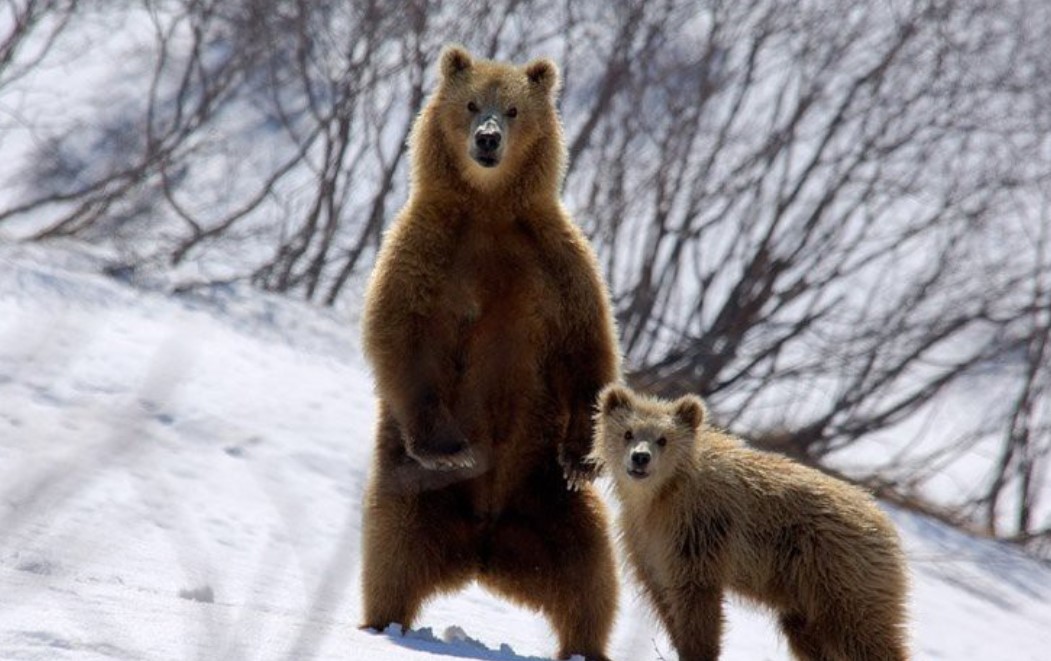 Also, bears can take an upright position if they are dragging prey, or are injured. Then it is an act of fright.

Some hardened animals look really intimidating when upright, and some bears are quite funny.

In addition, bears mark their territory in this way and inform their relatives about their presence. The animal is understood on its hind legs in front of the tree, stretches up its front leg, and begins to rip off the bark. Sometimes they do it with their teeth. In addition to clearly noticeable serifs, they also leave their own smell.