Everyone knows that cats hate it when doors are locked. But how can this strange behavior be explained?

All cat owners know: Your pet is a very special and unique creature. Every house tiger has its very own temperament, which often leads us, humans, to think they are moody. Sometimes independent, sometimes cuddly, playful at night, dog-tired during the day – these behaviors are often confusing for owners.

In order to understand the everyday life of cats, one simply has to think like a cat. So what’s going on in the velvet paws’ head when they’re upset about locked doors?

Contents hide
1 A Locked Door or Deprivation of Liberty?
2 A Question of Survival

A Locked Door or Deprivation of Liberty? 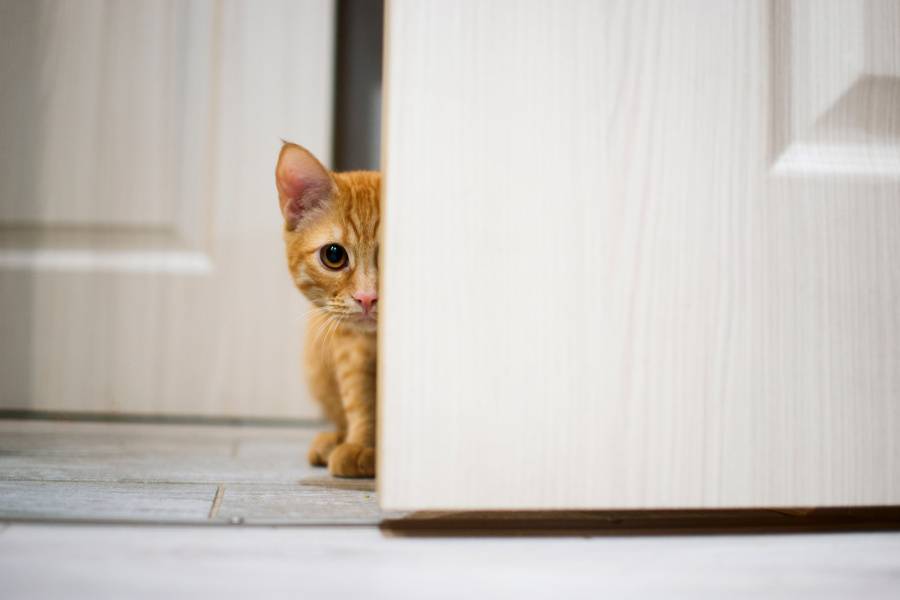 When a door is locked, it not only prevents the cat from satisfying its insatiable curiosity but also prevents it from entering a room to which it usually always has access. Of course, it also happens that cats meow in front of closed doors in rooms that they normally never go into. And if we then open the door for them, it can just as well happen that they suddenly lose interest in the space behind.

If we lock a door for them, of course, they want access to what they consider to be their own territory. Or simply to explore the unknown.

There are numerous reasons that explain this behavior, as the vet further clarifies:

Maybe they are looking for another cat, perceiving something interesting, or wanting something that is on the other side of the door, which can be food, toys, or a scratching post.

A Question of Survival

There is something else that might explain how cats behave towards closed doors: their instincts. Cats were domesticated quite late, which is why some of them still display many of the behaviors of their wild ancestors.

Cats find locked doors obnoxious because they are naturally curious and their instincts guide them to help them survive.

After all, behind the door, there can be an enemy but also a safe place for the animal, such as a desk from which you can observe everything.

Even if cats no longer have to search for food and a place of refuge, their curious nature is still controlled by their survival instinct, so they want to know what’s behind the door.

How would you feel if someone suddenly closed a door in your home? Wouldn’t you be inclined to open them too?