Hiccups – what sometimes sounds like a swallowed frog with humans, sounds very cute with cats. But it is still uncomfortable for the four-pawed darling. Most of the time, the amount of feed is too large, and in individual cases, there is a disease behind it. This post explains why cats get hiccups and what to do.

Contents hide
1 Why Do Cats Get Hiccups?
2 The Cat Has Hiccups: How Does It Happen?
2.1 Possible side effects if the cat has hiccups
2.2 Harmless Reasons for Hiccups in Cats
2.3 Diseases that may be related to hiccups
3 Calm Down the Animal Patient and Drive to the Vet in an Emergency

Why Do Cats Get Hiccups?

The Cat Has Hiccups: How Does It Happen? 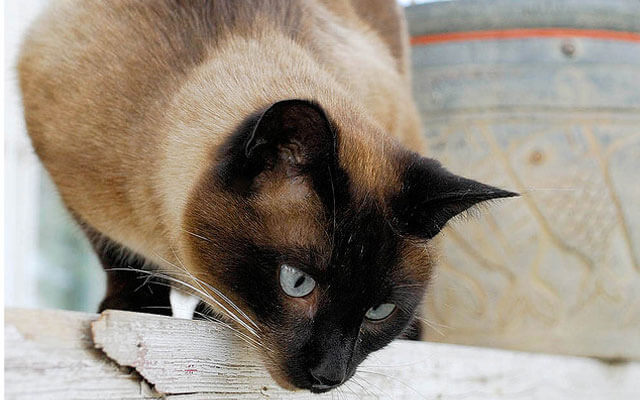 In concrete terms, when the cat hiccups, the diaphragm contracts. At the same time, however, the glottis between the vocal cords, which are located in the larynx, closes. Then there is the well-known “hiccup”. Often the cause is irritated nerves in the diaphragm. As a rule, the phenomenon disappears after a maximum of a few hours. If this is not the case or if it occurs more frequently in house cats, you should ask the vet for advice. In principle, cat owners do not have to intervene if the pet has hiccups. The reflex is not associated with shortness of breath. It’s an uncomfortable feeling, but it will pass.

Note: It is often forgotten that hiccups are an important mechanism. It prevents fluid from entering the lungs.

Possible side effects if the cat has hiccups

Harmless Reasons for Hiccups in Cats

If the little house tiger is one of the quick eaters, hiccups are often a well-known companion. The animals gobble down the food without chewing properly. This means that a lot of air gets into the stomach at the same time. This has an irritating effect on the diaphragm, whereupon the classic “hiccup” occurs. This is the most common reason for velvet paw hiccups. In general, younger kittens who are still learning to eat are often more affected.

Furthermore, hiccups can result from eating too large a portion or too large pieces.

Another harmless trigger could be insufficient water intake. Similarly, hairballs in the stomach contribute to hiccups. This is especially true if the cat chokes to remove the ball of fur from the digestive tract, but it doesn’t work.

Diseases that may be related to hiccups

The cat has hiccups – what to do and how best to help? Owners and mistresses who ask themselves these questions are given a few tips below that are useful in an emergency: