Norwegian Elkhound, Norwegian Elk Laika, Viking Dog – there are so many names for this hunting dog breed and the symbol of Norway. In appearance, resembling a Spitz, the Elkhound is a station wagon that hunts and guards the owner and property.

The Norwegian Elkhound is an energetic, courageous, reliable and loyal dog. Like other northern breeds, she tends to be quite independent in her behavior, but genuinely loves her family. Able to train and always vigorous, this dog can be a great friend for a child. 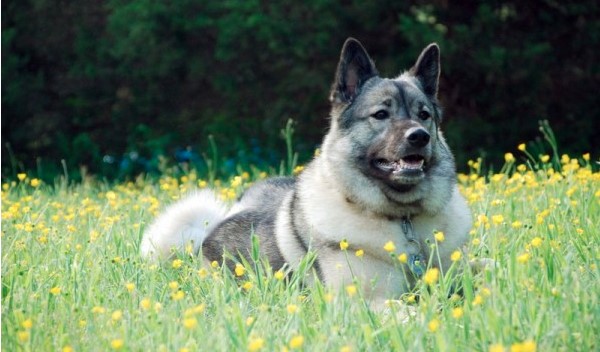 At the same time, she is careful with strangers and can bark at them. As a matter of fact, she has a certain problem with barking, which can sometimes be unnecessarily prolonged, unless the owner teaches her obedience. Nature has endowed the Norwegian Elkhound with excellent watchdog qualities, but at the same time the representatives of the breed are too friendly to become good guards.

Aggression has also been observed in this breed towards other dogs, especially non-castrated males. Both early socialization and castration can solve this problem. A partial solution is also the simultaneous maintenance of a Norwegian Elkhound with a castrated individual of the opposite sex.

Norwegian Elkhounds are hunters, so be vigilant with small pets that live nearby, such as hamsters, house rats, mice or guinea pigs. However, this breed will be able to get along with domestic cats.

The coarse and dense coat of the Norwegian Elkhound is easy to care for. Once a week, brush it with a rubber brush or a wooden brush with a double row of iron teeth. The dog changes its coat two or three times a year, so during these periods it needs to be brushed more often. Thus, if you prefer to keep your house in perfect order, perhaps choosing a different breed will be the best solution for you. 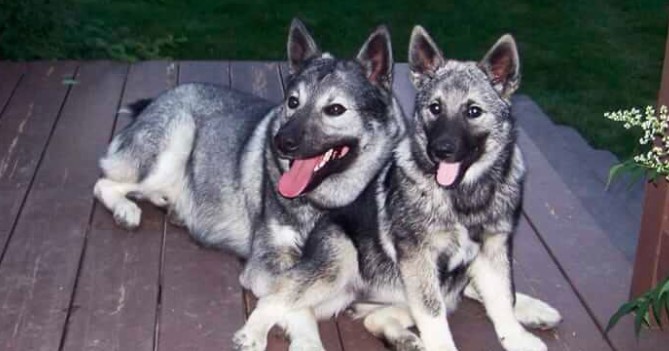 Like other northern dogs, the Norwegian Elkhound for the most part does not have the characteristic canine smell and only needs to be bathed occasionally.

Other treatments that need to be done at least twice a week are brushing the dog’s teeth and checking the dog’s ears. Always use cotton balls soaked in a mild, ph-neutral dog cleaner to cleanse any possible infection from her ears.

It is also necessary to trim your dog’s nails once or twice a week to avoid boils and other problems.

Norwegian Elkhound is not for a city apartment. It is much better for this dog on the territory of a private house, on a farm, where there is a job – security. Moreover, he likes to let the owner know with a loud bark that someone has come to visit – the neighbors on the site will clearly not appreciate such a “call”.

Norwegian Elkhound even tolerates Siberian frost, but this dog will have a hard time in the heat. In such weather, the dog needs to drink a lot and be in the shade, otherwise it will overheat and heatstroke.

The food of the dog should be balanced and regular, taking into account the physical activity. Norwegian Elkhounds tend to be overweight, so measure your dog’s food carefully.

Walking is required long, active, with a lot of physical activity, games and mental exercises.

The Norwegian Elkhound is an energetic, active animal that does not like to lie idle on the couch. The ideal owner is an athlete, hunter or a family that loves hiking and outdoor recreation, and regularly play sports.