Australian Terriers differ from other terriers by their long neck and back. Their coat is coarse and straight, but the undercoat is soft. Possible colors: red or various shades of blue and tan. An adult Australian Terrier is about 25.5 cm tall at the withers and weighs about 6.5 kg. 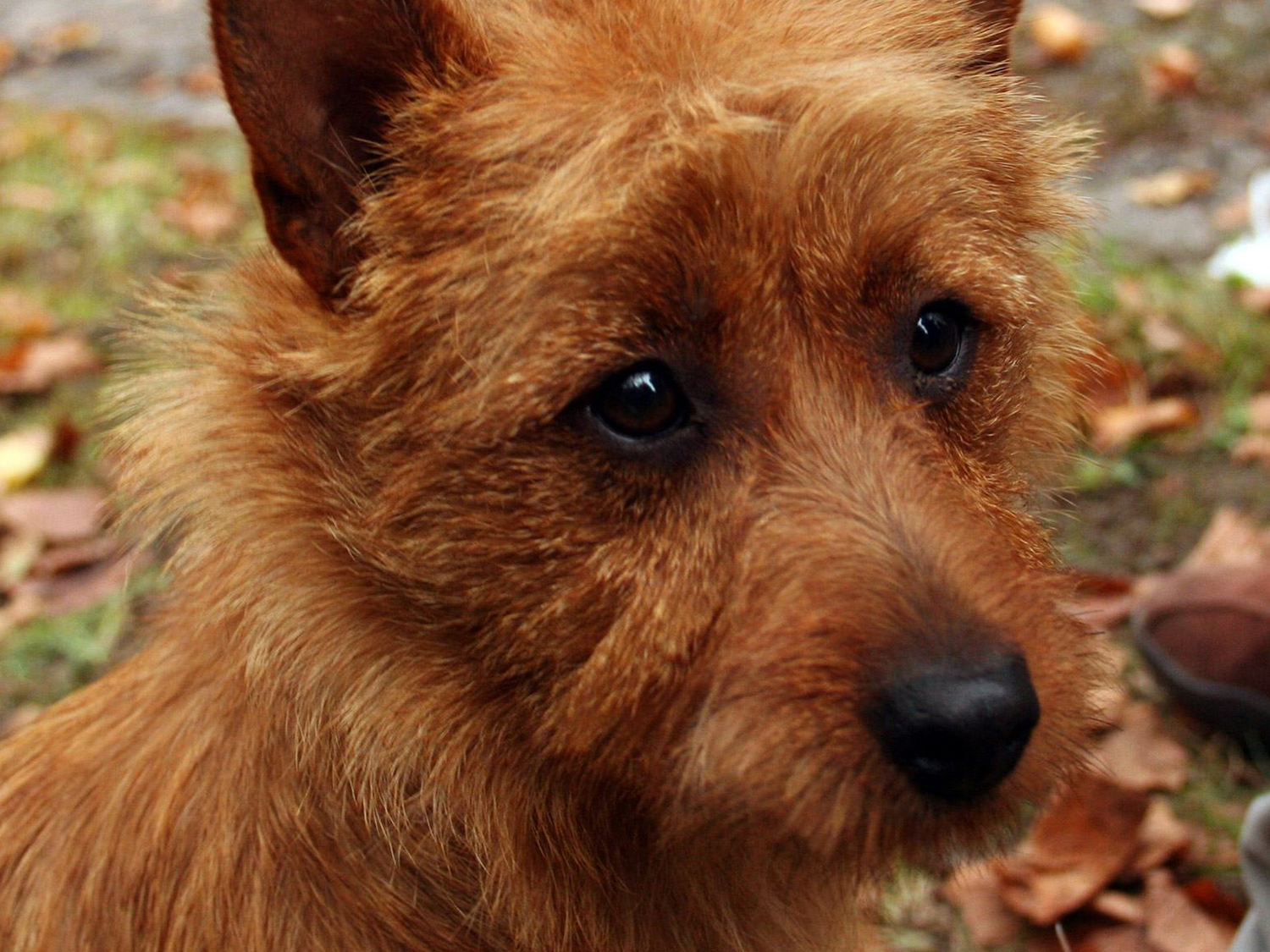 Petite, active, energetic, and slightly cocky, she is a flamboyant member of the terrier family and outwardly similar to her brothers from Yorkshire who love to sit in their purses. This energetic pet was bred on the Green Continent and therefore has excellent working abilities. The little snake was used as a watchman, shepherd, guard, and hunter for snakes and small rodents, as well as an excellent and sensitive companion.

As it is already clear from the name, this breed of small tireless dogs was bred in the 19th century in the vastness of Australia. The breed was officially recognized in the second half of the 20th century. Yorkshire Terrier and Cairn Terrier are the most likely ancestors of the breed. The dog of this breed was originally used for the dexterity of rats and the destruction of snakes. From the very beginning, this terrier was called wire-haired and broken-haired for its unruly coarse coat. The first mention of the breed dates back to 1820, when “free white settlers in Tasmania, living in the area of ​​the cities of Campbeltown and Ross, successfully bred wire-haired terriers. These were small dogs with red legs and blue body color.”

Over time, the appearance and character of the Australian Terrier have changed slightly.
Although this breed first appeared in Australia, its roots are hidden deep in Britain. In the 19th century, emigrants from the kingdom settled on a new continent, with the bulk of the new population being robbers, prisoners, and vagabonds. According to one of the legends, the Yorkshire Terrier bitch, which was carried aboard the ship in a muff, was also not the Green Continent. It was she who became the primogenitor of this breed. And the Australian Terriers perfectly performed their functions: they not only protected the house from pests but also, thanks to their scent, sensed the approach of thieves many hundreds of meters away. Loyal, loyal and excellent guards – they soon became very popular, and the price for them increased markedly.

It is known from historical sources that the crossing of the breed continued further, which threatened its complete disappearance. And then the Victorian community adopted a ban on crossing the Australian Terrier with its other relatives. This dog was called differently and only at the beginning of the 20th century the name “Australian” was fixed for them.

Interestingly, the terrier has a special crest on its head that protects the pet’s eyes while working. 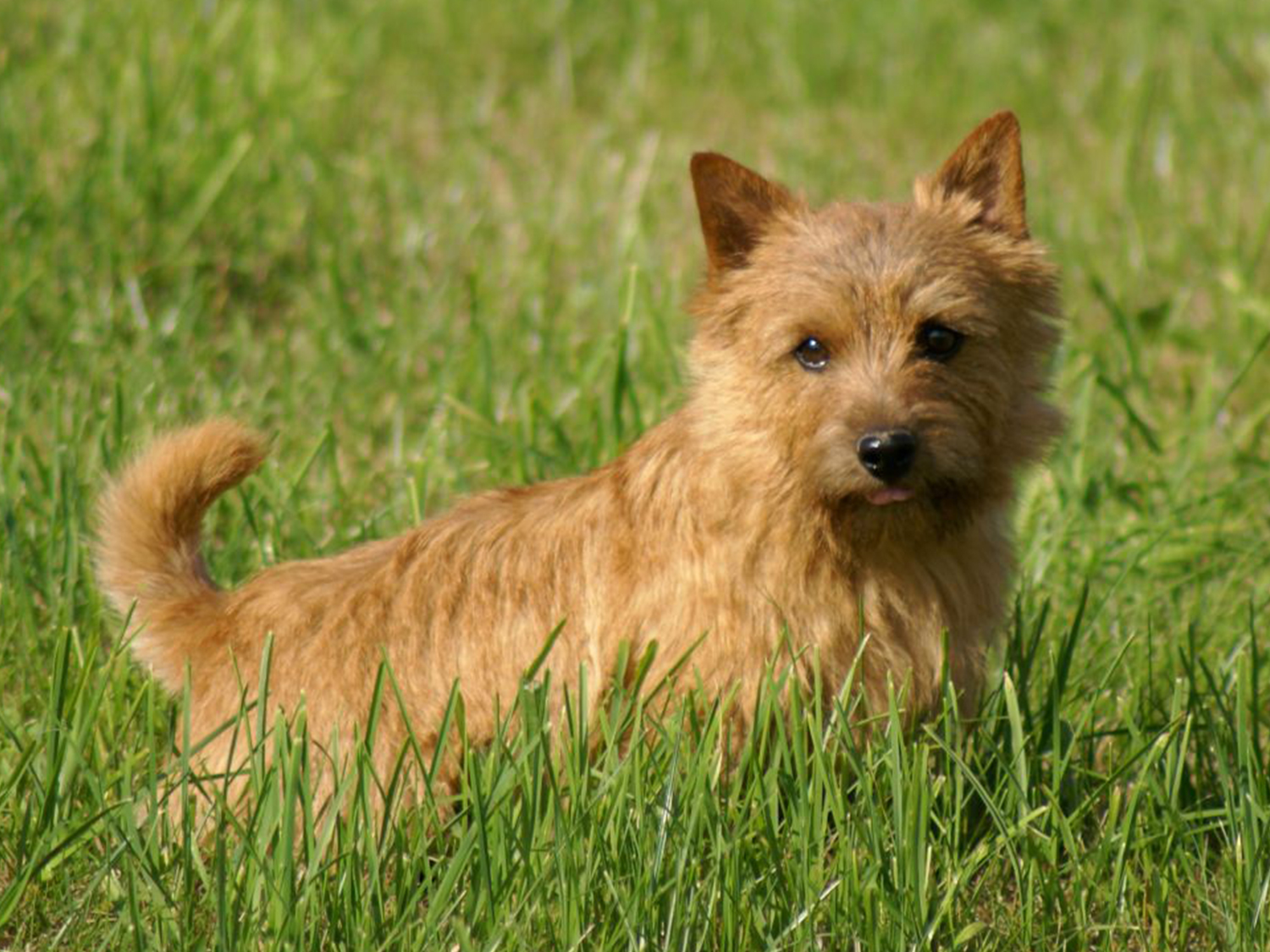 An energetic and inquisitive terrier is very fond of long walks in the fresh air, therefore he feels more comfortable when he lives in a house outside the city, but is also suitable for keeping in an apartment. The most important thing is to provide your pet with full walks with appropriate physical activity. The Australian Terrier is a fun and friendly dog. Gets along very well with other pets and small children. He is wary of strangers and never rushes to get closer to them. He is very attached to his master and always shows affection towards him. This dog is quick to think, learning new commands is easy for her. Therefore, it will be easy for you to train her, the most important thing is to initially correctly prioritize and show who is the boss. Perhaps the only negative character trait of a terrier snare is inconsistency. By nature, the terrier is an energetic and curious creature, but it quickly loses interest, switching attention from one activity to another. This character trait can cause difficulties in training. Therefore, from early childhood, it is necessary to instill the puppy’s interest in regular training, from time to time adding variety to the exercises of the training complex. This little terrier should be socialized from an early age, and even better, attend special training courses.

Miniature dog breed. In adulthood, the animal grows to a height of 26 cm, and its body weight does not exceed 6.5 kg. Despite the miniature size, the muscles of this breed are well developed. A dog of a square format, stocky, with a short body and limbs. The tail is short, perky sticks up, or twisted in the shape of a donut. The head of this terrier is somewhat disproportionate in relation to the body, the muzzle is small, slightly elongated. Small protruding ears set high, large nose (liver or dark brown), large dark eyes. The color of the coat can be sand, gray, brown, black, or silver. Life expectancy up to 15 years. 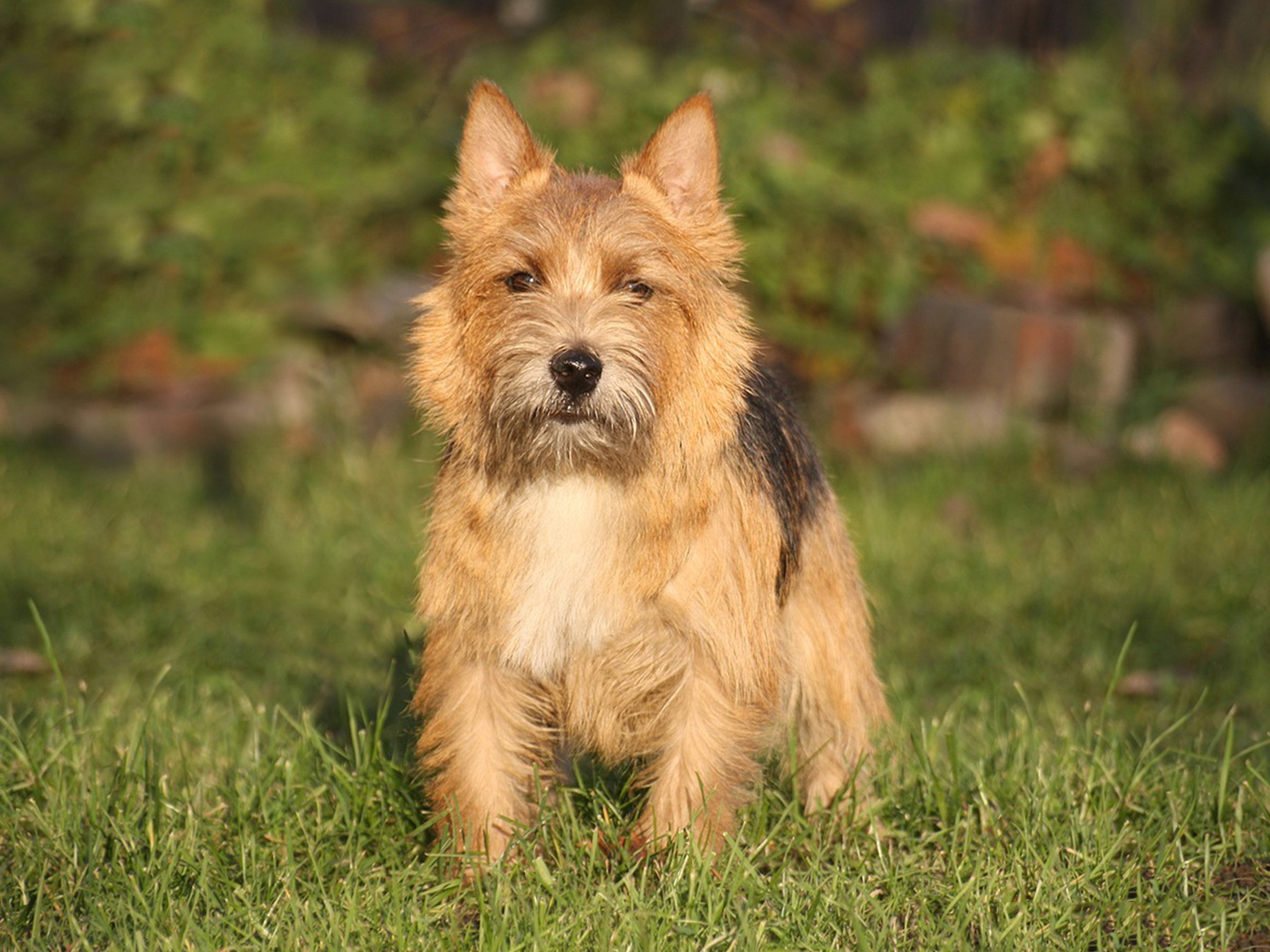 The Australian Terrier is suitable for keeping in an apartment and feels quite good there. But, like any working dog breed, this little terrier requires active physical activity. Otherwise, the dog will frolic in your home, which can cause a lot of inconvenience to you and him. These pets are of excellent quality, they practically do not shed, therefore they are well suited for people experiencing allergic attacks. They should be combed out several times a week and washed as they become dirty while using a special mild shampoo. It is he who will saturate the dog’s coat and facilitate its easy combing.

If you are walking with a snare terrier in an urban setting, then it is better to drive your pet on a strong leash, because this breed is hunting and there can be many different temptations for it on the street: cats, birds, and other pets. The result of this cute terrier’s curiosity can even be very deplorable. It should be remembered that when raising and training these little creatures, in no case should you use brute physical force. By their nature, terriers are very vulnerable and sensitive, and therefore your screaming and swearing can greatly damage the psyche of a puppy for up to a year, which in the future will result in extremely unpleasant behavior, and sometimes panic attacks.

It is interesting that this breed of dogs is widespread on the mainland, and beyond its chapels, this silky friend is extremely rare.

In general, this is a dog with fairly strong immunity. And if the closest relatives of your pet did not suffer from any diseases, and they were not transmitted genetically, then there is a 100% chance that the pet will live to a ripe old age. 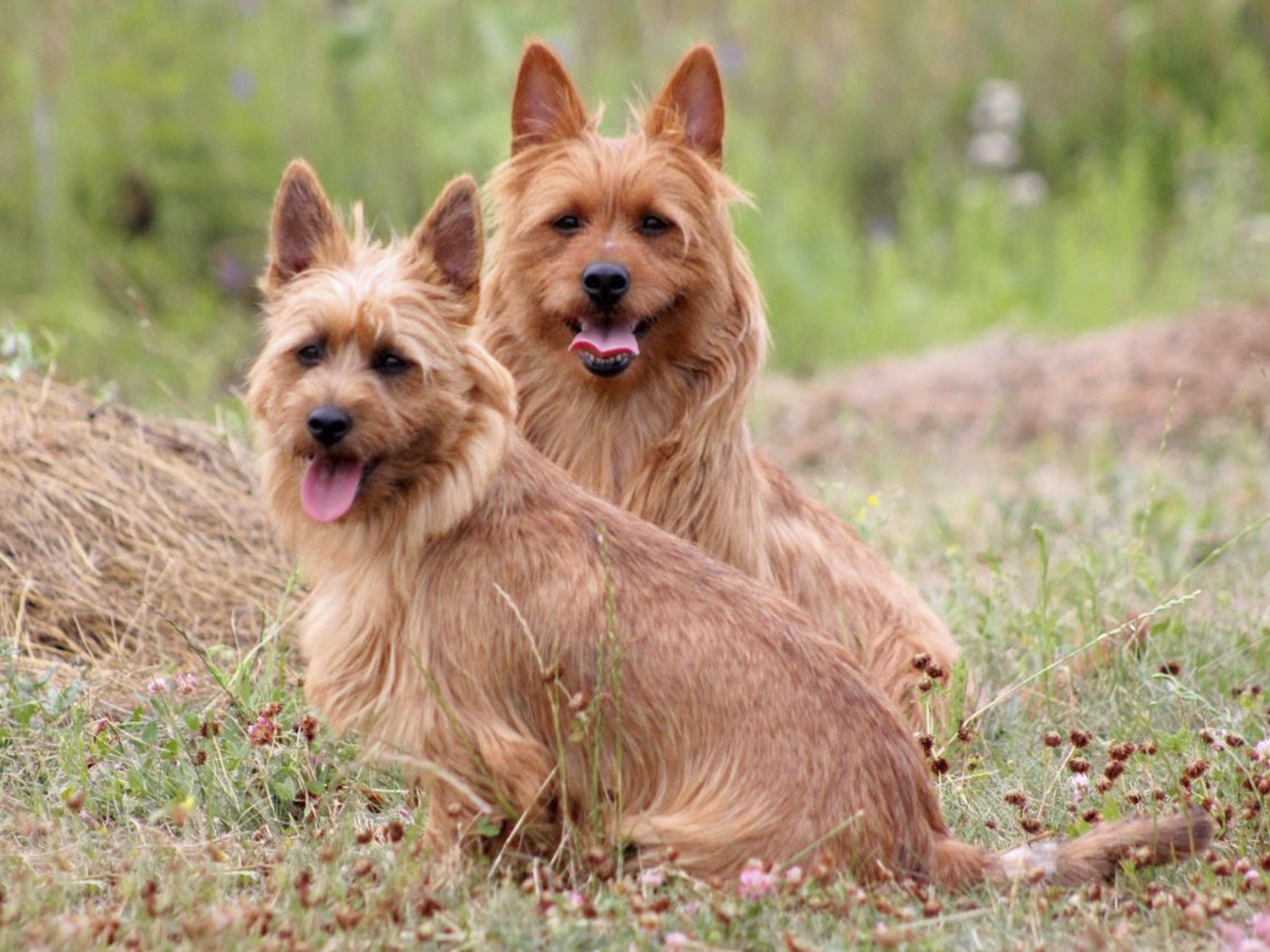 The food of the Australian Terrier can be both natural and industrial. The main thing is to choose the right diet that is right for your pet, will fully meet all the body’s requirements for vitamins, minerals, trace elements, proteins, fats, and carbohydrates. But still, there are some products that are categorically contraindicated for these small animals: