The Smurfs and Gargamel have been in a “clinch” with each other for over 60 years. At the side of the trained alchemist and sorcerer, the cat Azrael fights to capture Papa Smurf and the Smurfs. Gargamel needs these as ingredients to make gold. In the following, interested parties can find out how this has worked in recent years and what the name Azrael means.

Azrael the Cat From Smurfs

Azrael the Cat and the Smurfs: An Eternal Fight 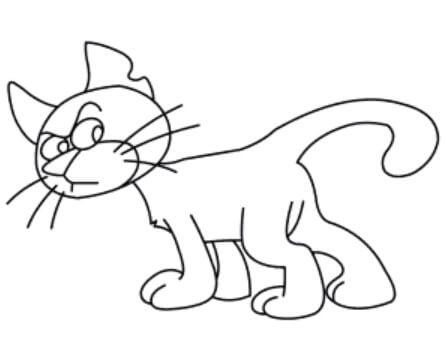 Azrael the cat is one of the main characters in “The Smurfs”. Both in the series and in the film, the house tiger supports the miserable magician Gargamel in catching the blue creatures. Apparently, he needs them to make gold out of the lead and to cook Smurf stew from it. In addition, the warlock blames the Smurfs for his failed magic test. Therefore, he generally holds a grudge against the small, blue creatures.

The battle between the Smurfs, Gargamel, and Azrael has been going on since 1958. That year, the first original artwork by Belgian inventor Peyo was published in Spirou magazine. From 1981 to 1989, the animated television series ran, in which Azarel was to be seen again and again. The cartoon is a brown tomcat with yellow eyes and black pupils. However, nothing is known about the breed of the kitten.

Even if Azrael does not live up to its name meaning – angel of death – he is a loyal companion of his master. Incidentally, the name “Gargamel” was only introduced in 1995. Before that, the sorcerer was called “Gurgelhals”.