The black color of the coat is the hallmark of Doberman dogs. An indispensable addition to the solid color is the tan markings on the face, chest, ears, and paws. However, few people know that there are also completely black Dobermans without any other inclusions. 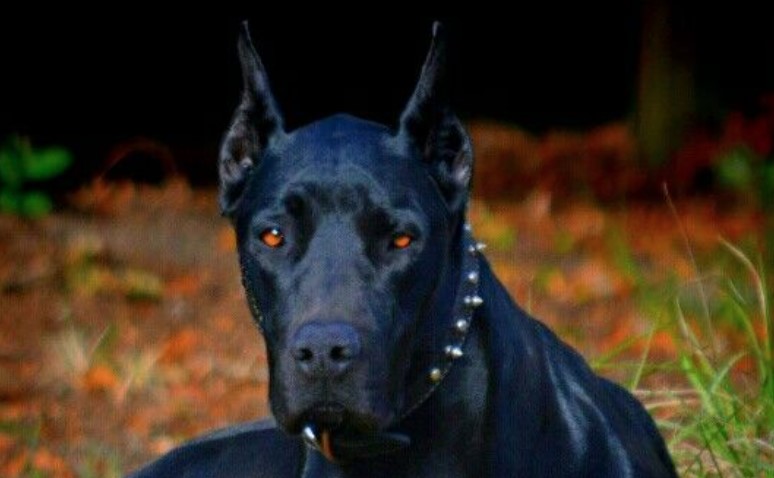 The history of the origin of completely black Doberman Pinschers is no different from the origin of individuals of the brown or black and tan color. The man who became the “father” of the new breed was called Karl Dobermann. Working as a tax collector and often in disadvantaged areas of the city, Karl set himself the goal of creating dogs that could protect him from danger.

The individuals who became the ancestors of the breed were not very similar to the modern beautiful and athletic Dobermans. Having gone a long way of selection, which changed not only the appearance but also the character, they became excellent assistants for police, military, and rescuers. The modern Doberman is a wonderful friend, an excellent companion, a reliable and responsible watchman, and a security guard.

Important! Even if we take into account the fact that representatives of this breed are by nature very smart to hope that they will unconditionally obey and obey is not worth it. Only education and training can make a Doberman a full-fledged “member of society”.

Full or Pure Black Doberman? What Is It?

According to the 2015 edition of the appearance standard for Dobermans, a black coat is a sign that an individual is purebred. However, the standard also states that the color must have clearly marked rusty red tan markings. It turns out that a solid color is a defect? Not.

For the fact that areas with a different color of the coat are formed on the body of animals, a certain substance is responsible, which completely black Dobermans do not have in the body. This deviation is called melanism. Unlike albinism, melanism is not a genetic defect. Dogs with this feature are admitted to exhibitions and competitions, they are allowed to take part in breeding.

Pure black Dobermans are practically indistinguishable from their “standard” counterparts. They are also smart, quick-witted, and capable. The only difference between a brown and a black puppy may be in price. The latter is considered a real wonder and the breeder can double or triple the price of a unique puppy.