The Burmese cat combines the beauty and mystery of ancient Asia with the grace of a wild animal. These amazing cats can rightfully be considered home psychologists: they love to talk with the owner, adjusting to any mood.

Description of the breed

The Burmese cat is not large in size, but it has a strong body with well-developed muscles. Males are much larger than females. The body is slightly elongated, the paws are small, round, and the tail is of medium length and very fluffy. The head of the Burmese cat is round, the ears are medium-sized, straight, slightly rounded at the tips. The eyes are round, always bright blue. When kittens are just born, at first their eyes brighten a little, but then they become a rich aquamarine shade. 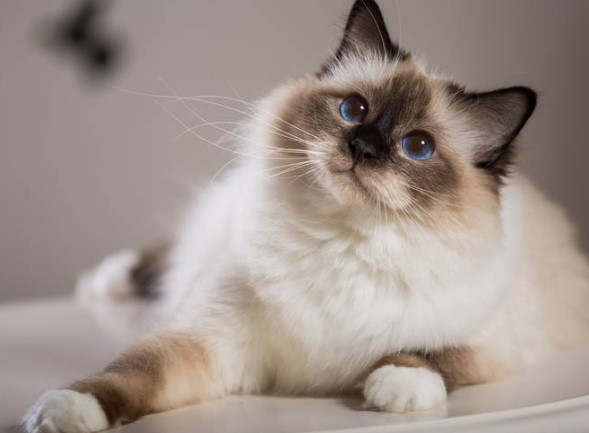 Even in ancient myths and legends, the Burmese cat was described as the personification of Asian wisdom and imperturbable calmness. They do not like hustle and bustle, prefer to contemplate what is happening from the side to outdoor games. If Burma is angry, then she will not hiss or scratch, but simply leave, proudly raising her tail. 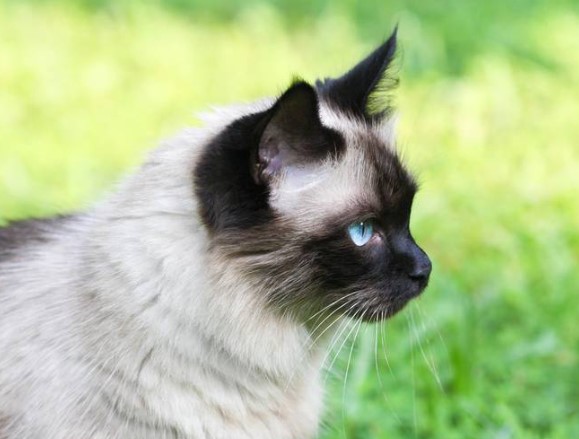 The Burmese cat is very attached to its owner and loves from him through affection, however, it will allow itself to be familiar to itself. As for the relationship with young children, here the opinions of breeders differ. Someone claims that Burmese get along with younger family members and take part in their games. Other opposite versions are that the Burmese cat is completely unsuitable for families with small children. With other pets – cats and dogs – they get along calmly, not regarding them as competitors to their “royal personage”. But to hunt small rodents and birds, so keep the cages with small animals locked and away.

Also, character problems can occur in non-neutered and non-neutered animals. For example, a non-neutered Burmese may strongly mark territory and try to dominate, but not a neutered cat may scream at night during estrus.

Before bringing your kitten home, use your own space for it. The temple altar, of course, will be superfluous, but a comfortable couch is worth taking care of. Remember, the Burmese cat is not tall and is afraid of cold weather and drafts, so choose a place away from doors and windows. Bowls for food and water should be stable and wide for the cat to eat comfortably. 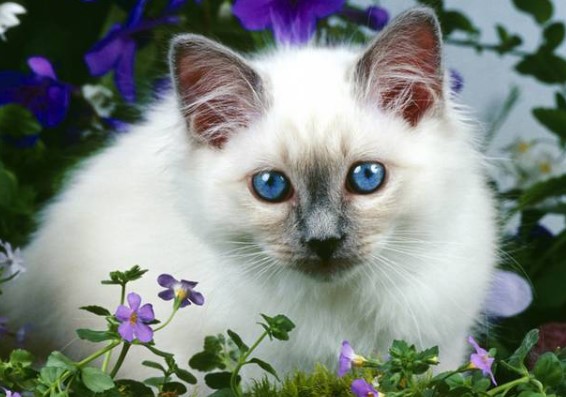 The tray should also be spacious, with high sides. Most importantly, do not forget it often and carefully and change the filler, because Burmese cats are very clean and finicky. To eliminate odors and fight cat marks, use a special deodorant from your veterinarian to keep your home fresh.

And although the Burmese have a long and fluffy coat, it does not require complex care, since it does not roll into mats. Use a sparse-toothed comb to comb the cat once a week, and every day during molting. It is enough to bathe Burmese every six months with a special shampoo and dry the coat thoroughly, otherwise, the cat may catch a cold. As for cutting the nails, this should be done every two or three weeks with a nail clipper, but very carefully so as not to damage the blood vessels, but it is better to contact the professionals in the grooming salon.

Although if your pet likes a scratching post, then a “manicure” is not needed. Ears and eyes are cleaned a couple of times a week with a moistened cotton swab, teeth with a special toothbrush to prevent the formation of tartar.

Burmese cats are also unpretentious in food. They have a modest appetite, so you don’t have to worry about obesity. If you are leaving for a long time, then you can leave the cat food in reserve, she still will not eat too much, or by an automatic feeder.

Burmese cats are in good health but are not immune to a number of diseases, such as hypertrophic cardiomyopathy (thickening of the walls of the ventricles of the heart) or pathologies of the vestibular apparatus. Another disease that Burmese often suffer from is corneal tumors on the cornea of ​​the eyes. However, a course of antibiotics prescribed by a veterinarian on time will help to avoid serious consequences. Also, cats easily catch colds, upset of the digestive tract occurs due to improper nutrition. 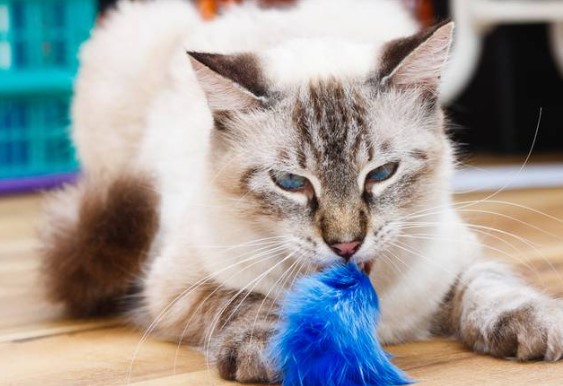 Burmese must be vaccinated in a timely manner, starting at the age of three months, and regularly prevented helminthiasis. As for breeding Burmese, the main rule is that interbreed mating is strictly prohibited. If you do not plan to breed kittens, neuter or castrate the animal, this will save it from many health and character problems.