When the dog stands in the kitchen with begging eyes, almost every dog owner becomes weak. However, not all foods that are used in cooking are healthy for your pet. Leek is one of the vegetables that have no place in the bowl because leeks contain several substances that are poisonous for dogs.

Contents hide
1 What is Leek?
2 Are Leeks Poisonous to Dogs?
3 The Dog Ate Leeks: What to Do?
4 Our Recommendation: No Leeks for the Dog 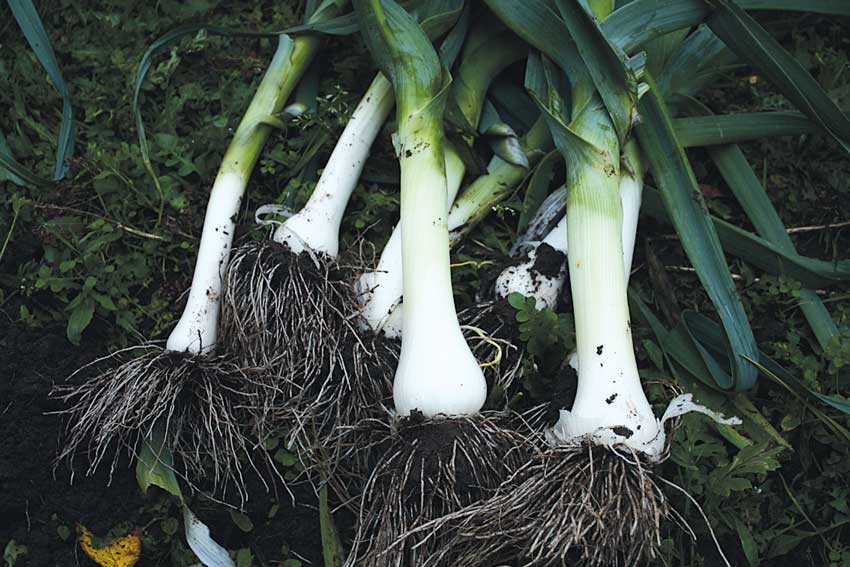 Leek, also known as leek, is a vegetable belonging to the leek family. The up to 80 cm long stems are mainly used as soup vegetables in stews. In terms of taste, the leek is reminiscent of the onion, which is related to the vegetable but is less spicy.

Are Leeks Poisonous to Dogs?

Many dog owners are unsure whether the dog is allowed to eat a leek. But the answer is clear: Leek is poisonous for dogs and should therefore not be eaten by the four-legged friends.

Just like onions, leeks also contain the sulfur compound N-propyl disulfide, or sulfide for short. If consumed in excess, these substances can lead to anemia, i.e. anemia. A second ingredient that is harmful to dogs is alliin, which affects healthy cell function. Even small amounts of the leek can cause side effects in dogs. Typical symptoms after eating the vegetables are:

The Dog Ate Leeks: What to Do?

If your fur nose has eaten small amounts of raw or cooked leeks, there is usually no danger. There is an acute risk of anemia only when large amounts are consumed. However, if the symptoms of poisoning are mentioned or other side effects occur, you should rather visit the veterinarian and have your dog examined thoroughly.

Our Recommendation: No Leeks for the Dog

So that there is no danger to your four-legged friend, always store poisonous vegetables such as leeks in a safe place so that the dog cannot use them unnoticed. The poisonous stems have no place in dog food. Better to use more digestible vegetables that are good for your pet.