Glaucoma is a serious eye disease for dogs that can lead to blindness. A therapy initiated promptly can save the dog’s eyesight.

What is Dog Glaucoma? 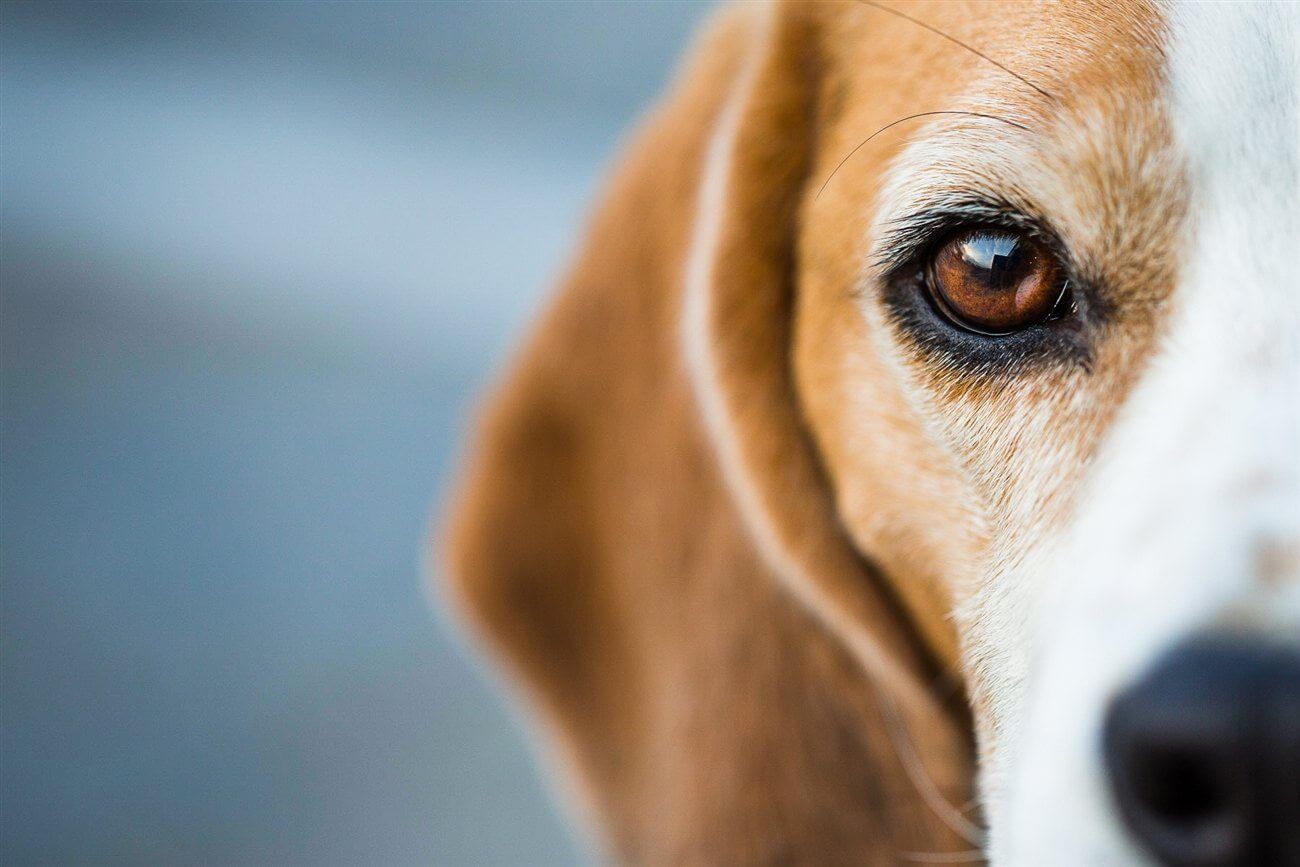 Glaucoma, also known as “glaucoma”, is a serious eye disease. The cause is an increase in intraocular pressure, triggered by aqueous humor not draining away. Aqueous humor is a clear liquid that is formed by the ciliary body in the back of the eye. From here it flows forward through the pupil, where it drains through the chamber angle. In a healthy eye, there is a balance between the production of new and draining aqueous humor. If the drainage is disturbed, there is too much fluid in the eye, and the intraocular pressure increases. The optic nerves are quickly irreparably damaged by the increased pressure and can no longer transmit information to the brain. If left untreated, glaucoma leads to blindness, often with severe pain and loss of the eye. Glaucoma is one of the most common causes of blindness in dogs.

Glaucoma is an emergency.

Primary glaucoma is not due to any other condition. Often malformations in the eye, more precisely: in the chamber or drainage corner, are recognizable to the veterinarian. As a result, the aqueous humor cannot drain off well. The cause of such glaucomas is congenital, even if they usually only appear from the age of three or four. Primary glaucoma affects both eyes. Therefore, when diagnosing glaucoma in the first eye, the therapy for the second should be planned.

In secondary glaucoma, other diseases cause glaucoma. Often this is a lens dislocation – the lens is incorrectly positioned in the eye and can impair the drainage of the chamber angle. Lens dislocation can be hereditary or develop in old dogs. Chronic eye infections, tumors, or injuries can also cause glaucoma in dogs.

In answering this question, we can again distinguish between primary and secondary glaucoma. The following breeds, among others, have an increased risk of congenital malformations of the chamfer angles:

For some breeds, screening for primary glaucoma is mandatory prior to breeding approval. Anyone who is concerned that their own dog is prone to primary glaucoma can have a gonioscopy performed from the age of six months – more on this under “Diagnosis”.

There are also some breeds that have a hereditary predisposition to lens dislocation and who can develop secondary glaucoma as a result. These include many small dogs – including mixed breeds – such as the Jack Russell Terrier or the Dachshund. Reputable breeders exclude offspring of dogs with a hereditary lens dislocation from breeding.

Symptoms of Glaucoma in the Dog

In the case of glaucoma, it is particularly important that owners react quickly. Some glaucomas lead to blindness within hours and are associated with immense pain. It’s an emergency! At the weekend you should take your four-legged friend to the nearest veterinary clinic. Glaucoma can appear on one side or both eyes.

Glaucoma Diagnosis at the Veterinarian

If glaucoma is suspected, the vet will measure intraocular pressure. To do this, he briefly touches the surface of the eye with a pressure measuring device. The measurement is not painful. In healthy dogs, the intraocular pressure is 10-23 mmHg. The ophthalmologist who specializes in ophthalmology can examine the corner of the chamber using gonioscopy – a local anesthetic is required for this. The vet then places a special contact lens on the eye that measures the angle of drainage. The slit lamp is an eye microscope with which the veterinarian can examine the inside of the eye painlessly.

Quick start therapy for glaucoma in dogs is important to preserve eyesight. The vet can refer to an eye specialist if necessary.

Glaucoma is about lowering intraocular pressure as quickly as possible.

If the medication is not sufficient to permanently lower the intraocular pressure, an operation is carried out in many cases. The eye specialist removes the lens in the event of primary lens dislocation. In primary glaucoma, it can surgically lower the intraocular pressure. Laser or cryotechnics are used, which reduce the production of aqueous humor and improve its outflow. Over half of all four-legged friends can still see one year after such an operation.

If the dogs suffer from a tumor in the eye that increases intraocular pressure, all that remains is to remove the eyeball. Depending on the initial situation, a silicone prosthesis can be a good solution for blind dogs to enable the four-legged friend to live a pain-free life. The costs for different operations vary widely and start from an amount of $200.