A tip for calming anxious dogs has been circulating on the Internet for several years: a sip of eggnog. Dog trainer Martin Rütter also advises this. Find out what this is all about and why alcohol is not a good idea for dogs here. 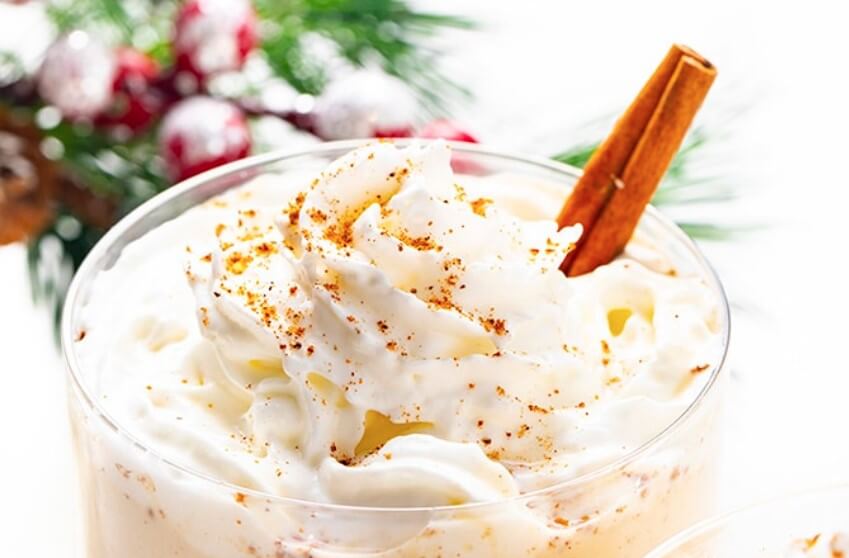 A sip of eggnog for dogs against the fear of New Year’s Eve bangs: What sounds like a joke is a tip widely used on the internet and in the media to calm dogs down with a small amount of alcohol. The proponents of this unusual home remedy include dog trainer Martin Rütter, who attracted a lot of media attention with his recommendation at the end of 2019.

Give your dog eggnog on New Year’s Eve

But what effect is egg liqueur supposed to have for dogs anyway? It’s about the calming and anti-anxiety effects of alcohol. A small amount of eggnog – about one to two tablespoons for a 15-kilogram dog – should calm the animal. However, this method of calming down is controversial as alcohol can be dangerous for dogs.

Eggnog for dogs: does the dosage matter?

Martin Rütter appeals to the veterinarian Rückert and recommends dogs to give “a shot” or a “pinch” eggnog to calm them down. Under no circumstances should you “run it by the liter” or “give the dog the whole bottle”.

What this means in concrete terms is circulating in certain tables on the Internet:

Dogs over 50 kg: bodyweight in kg x 0.2 x 100 / percent of alcohol = total amount of egg liqueur to be administered in ml

Play it safe and don’t experiment with your dog!

Alcohol in eggnog is dangerous for dogs

Basically, alcoholic beverages have no place on the menu of pets. Many dogs like the taste of eggnog or beer, but alcohol is poorly tolerated by dogs. Although there is a lack of meaningful studies on the effects of alcohol in dogs, one thing is certain: if the dog consumes too much alcohol, it will become intoxicated and the liver will be stressed.

An intoxicated dog is likely to wake up with a hangover and experience headaches and nausea as a result of consuming alcohol.

Veterinarians are therefore critical of the tip to calm the dog down with eggnog or other alcohol on New Year’s Eve. Celina del Amo, veterinarian, author, and expert in behavior therapy for dogs and cats, explicitly warns against the use of alcohol in dogs. According to the veterinarian, possible side effects of too high a dose of alcohol include “significantly poorer concentration and memory performance (= poorer obedience), disorientation and movement disorders” (source: “Measures for noise anxiety problems”, WDT specialist article, WDT News, 4/2019).

In addition, previous illnesses such as inflammation of the pancreas (pancreatitis) and chronic bowel inflammation (IBD) could be made worse by the administration of alcohol.

Is your dog scared and panic quickly on New Year’s Eve and New Year? Fear of noise is common in dogs. Instead of the controversial sedative eggnog, you should use other methods to protect your dog. With these tips you can calm your dog down on New Year’s Eve without any alcohol:

The dog feels safest in its familiar surroundings. Forget about trips on New Year’s Eve and stay at home with your four-legged friend.

For many dogs, anxiety is compounded by being alone. Don’t leave your pet alone at home for New Year’s Eve, stay close by.

Dogs react to the behavior of their caregiver. Mum and dad should behave as normally as possible and not talk to the dog excessively.
Create quiet zones and accept when your four-legged friend withdraws to his dog bed or some other quiet place.

Try to distract your pet from the fear and loud noises, for example by doing little search games with treats.

If you are very afraid, it may be useful to administer medication to support you. Discuss with your veterinarian which natural or prescription supplements are appropriate and stick to the dosage indicated.