The English Bulldog is British to the core. These squat, short-legged proud men carry themselves with dignity through life, proudly looking at the world from the height of their height. Quite a few interesting stories are associated with this breed, which has passed a long and difficult path from a fighting past to a sociable present. 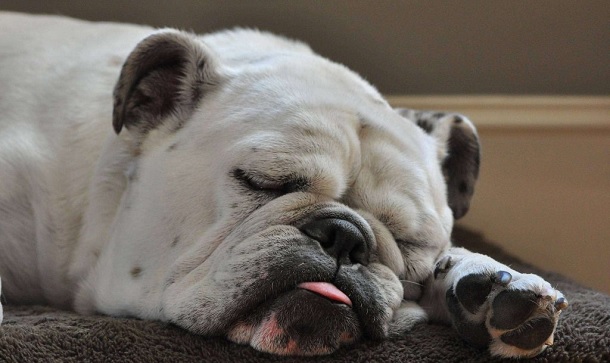 It is the English Bulldog that personifies the reliability, quality, and dignity of many brands. In addition, the bulldog is the emblem, symbol, and mascot of many sports teams.

Before reading this article, many did not notice how many different symbols of this breed surround us: on T-shirts, promotional items, key chains, how many bulldogs look at us in the form of figurines, toys. There are collectors who collect any material with the image of Bulldogs.

The qualities of the breed have entered tightly into our speech, the comparison “grabbed by a bulldog’s grip” is familiar to everyone, and many metaphors are associated with bulldog tenacity, assertiveness, stubbornness.

In the Middle Ages, bulldogs participated in such entertainment as bull-baiting. The dogs were raised to be vicious and furious.

Over the years, the misconception has developed that Winston Churchill kept the Bulldogs. In fact, he had poodles, and Churchill only arranged photo shoots with the bulldogs.

The structure of the bulldog’s nose does not imply heavy loads, so dogs cannot run for a long time and physically move actively, it becomes difficult for them to breathe. This is why Bulldogs snore for the same reason. But not always, breeders argue that snoring is not strong, does not interfere at all, and is present as a periodic phenomenon if the dog is unsuccessfully laid down.

Bulldogs do not tolerate heat well. Overheating bulldog becomes difficult to breathe, its nose needs to be cleaned of mucus and saliva, moisten the coat with water.

They are incredibly demanding in terms of attention. This is a classic example of a companion breed. The presence next to a person determines everything for a bulldog, he is not satisfied with half measures, partial love. There should be no misfires in grooming, everything that the dog needs should be clearly carried out. Like a true Englishman, the bulldog quickly gets used to a certain regime.

An incredibly intelligent breed. The English Bulldog may have its own opinion on the situation, it may differ from the opinion of the owner. Therefore, you only need to negotiate with them, and not force, subordinate.

You cannot refuse it to lie in your bed. Having climbed into your bed, it will look so pleadingly and touchingly into your eyes that a hand will not rise to chase it away.