Hepatozoonosis is a dangerous infectious disease in dogs. This advisory article explains symptoms, occurrence, and treatment.

Hepatozoonosis is an infectious disease that occurs in dogs, cats, and foxes. The disease is caused by parasitic unicellular cells of the genus “Hepatozoonon”. In the first step, these attack the monocytes and lymphocytes, which belong to the white blood cells. In the further course of the disease, the pathogens attack the cells of the spleen, liver, lungs, muscles, and bone marrow.

Transmission of Hepatozoonosis to the Dog 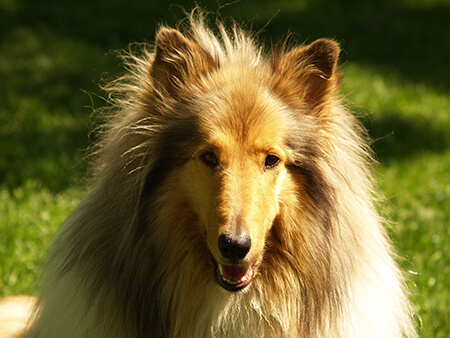 The disease is mainly transmitted orally. If a dog swallows or chews an infected tick, the pathogens enter the gastrointestinal tract. As a next step, the protozoa penetrate the dog’s intestinal wall. In addition, hepatozoonosis is spread through close contact with infected foxes (e.g. when fox hunting) or from a pregnant bitch to her pups.

Humans cannot get infected by their infected dogs. Consequently – despite the misleading name – it is not a zoonosis.

Like Ehrlichiosis, hepatozoonosis is one of the so-called Mediterranean and travel diseases. The brown dog tick is the host of the parasitic unicellular organisms (Hepatozoonon canis) and is, therefore, a vector. This type of tick occurs mainly in warmer countries in southern Europe. The arachnid is also native to parts of Africa and Asia. Even in America, dogs are not immune from infectious diseases. There, the Gulf Coast tick transmits the disease through another genus of a pathogen called “Hepatozoonon americanum”.

Hepatozoon Canis: Symptoms in the Dog

The symptoms of hepatozoonosis are non-specific and can easily be linked to other diseases.

The period of time between infection and the appearance of symptoms (incubation period) is around two to four weeks. However, quite a few affected dogs show no symptoms. The infectious disease often only becomes noticeable in combination with another parasitic infestation – for example in babesiosis or leishmaniasis – or in the case of an immune deficiency.

The veterinarian uses a microscope and a blood or tissue sample to determine whether the dog carries pathogens. Further targeted examinations for a diagnosis are a PCR test or an antibody test. Giemsa staining is used in acute hepatozoonosis.

In advance, the veterinarian asks about previous trips to risk areas or, in the case of an adoption, about the dog’s country of origin.

Hepatozoonosis can be fatal without treatment. As with many diseases, the principle: “The earlier it is detected, the better!” Unfortunately, even with a timely diagnosis, the unicellular organisms of the hepatozoonosis genus cannot be completely eliminated. However, the course of the disease can be brought under control with early treatment and thus be milder.

Various antibiotics and anti-protozoal drugs are used in therapy. The latter are drugs that belong to the antiparasitic class and are used for infections caused by single-cell pathogens.

A vaccine against hepatozoonosis is not available. But there are other measures that significantly reduce the risk for the dog to get sick.