Because dogs go through life on four legs, they are less prone to herniated discs. Nevertheless, our animal companions can get back problems that are very painful. We give tips on how to recognize and treat disc problems in dogs.

What is a Herniated Disc in Dogs?

The spine connects all parts of the skeleton together. In the dog it consists of:

The flexible intervertebral discs are located between the individual vertebrae. They enable the bony middle of the body to move and at the same time serve as shock absorbers and buffers. In this way, they protect the spine from injuries caused by jumps or other vibrations.

Causes of the Herniated Disc in Dogs 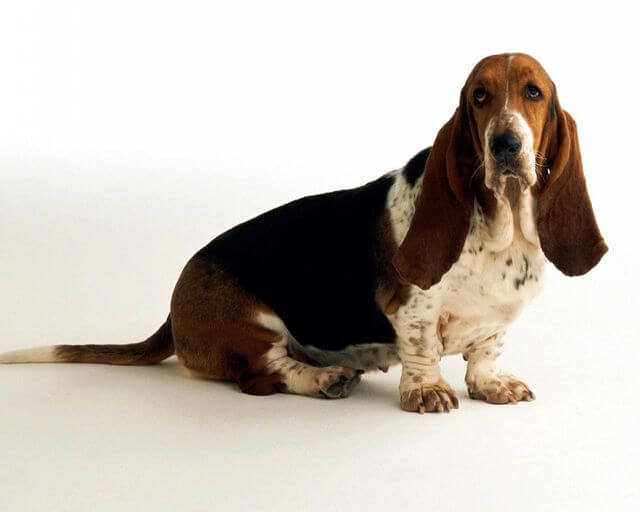 All dogs can have a herniated disc. The condition primarily affects dogs with short legs and long backs such as dachshunds or bassets. Another cause of a herniated disc in dogs is growth disorders of the cartilage such as hereditary chondrodystrophy.

In addition to Pekingese and spaniels, dachshunds are also among the more commonly affected breeds. Like some German Shepherds, Dachshunds primarily suffer from lumbar vertebrae incidents. Cervical vertebrae are more severely affected in French Bulldogs or Dobermans. Some dwarf breeds are also prone to herniated discs.

The symptoms of a herniated disc in dogs depend on the disc affected. Above all, they include (severe) pain and therefore other symptoms based on it:

The symptoms can appear suddenly – for example after jumping on the sofa – or gradually. Dogs usually become ill at the middle age of three to four years.

With older dogs, it is important to look carefully. Because many dog owners confuse a creeping herniated disc with supposedly age-related ailments.

Disc problems are related to wobbler syndrome in dogs. Cauda equina syndrome can lead to similar symptoms and occur with a herniated disc.

Herniated Disc: Diagnosis at the Veterinarian

In most cases, it is sufficient to examine the dog thoroughly: the vet looks at the gait, the reflexes, and the reaction of the dog concerned to the examination. In this way, he can suspect a herniated disc and determine its location.

A herniated disc is an obvious diagnosis, especially in breeds with a disposition for the disease and overweight dogs. If in doubt, imaging procedures such as X-rays, CT, or MRI examinations under anesthesia are required. This is useful in some cases to rule out other causes of the symptoms such as tumors or edema.

Anyone who observes the symptoms described in their four-legged friend should see a veterinarian immediately. The dog is in great pain.

Mild cases can be treated with anti-inflammatory and analgesic drugs.

If your four-legged friend has too many pounds on its ribs, it should slim down. Stairs, jumps, or ball games with quick stops should be avoided in the future. If the dog is already paralyzed, surgery may be necessary. The rule here is: the faster the operation, the better. Because this increases the chance that the affected nerves will fully recover.

Physical therapy for dogs can aid healing. Underwater therapy is particularly suitable. Basically, exercise in the form of walks on the flat ground helps with healing. Because this way the intervertebral discs are better supplied with blood. Follow the veterinarian’s instructions.

An orthopedic dog bed and a harness that supports the dog when climbing stairs that cannot be avoided are also recommended.

Ideal weight and adequate exercise are the best prophylaxis against herniated discs in dogs. “Appropriate exercise” means that, especially with endangered dogs, there are no daily stairs to walk.

If you are interested in dachshunds or bassets, you should avoid extreme breeding with excessively long backs. This also applies to shepherds with a steeply sloping croup. Here are our summarized tips for healthy intervertebral discs in dogs:

What is a Dachshund Paralysis?

The term is sometimes used synonymously for the herniated disc. Because of their physical and hereditary characteristics, dachshunds often suffer from herniated discs.

However, many other dogs can develop a cartilage growth disorder that promotes this, called chondrodystrophy. Researchers are working on a DNA test for some breeds for better prevention.