One of the keys to working safely with your horse is understanding its natural behavior. If you can predict when a horse will show aggression or fear of something, you can react faster and better, avoid a dangerous situation or prevent it from occurring. The article below explains the basics of natural horse behavior. 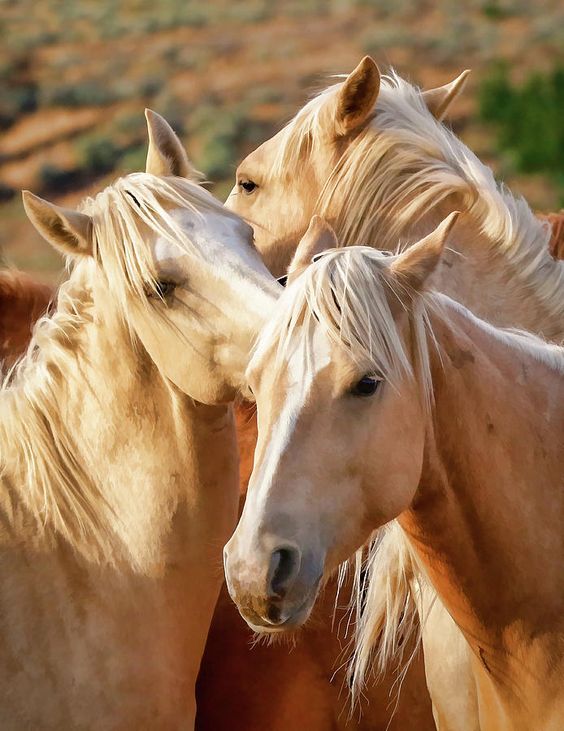 To begin with, I want to give ten theses about the survival of the horse in the wild. 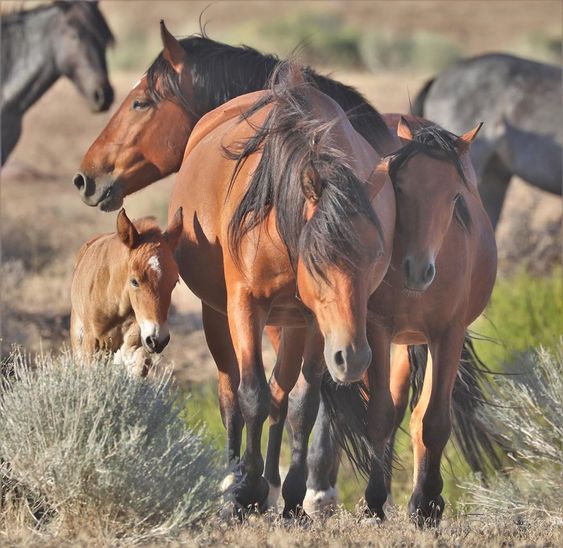 A herd of wild horses consists of one or two stallions, a group of mares, and their foals. The leader of the herd is usually the old mare (“alpha mare”), even if there is a stallion in the herd. She retains her dominant role, although she may be physically weaker than other horses. The older mare has more experience, more contact, and has experienced more threats than any other horse in the herd. The requirement for a leading horse is not strength or size; if that were the case, then humans could never dominate horses. Dominance is based not only on aggression but also on a relationship that allows one horse to know that another horse expects them to obey.

The task of the stallion is to be the keeper and protector of the herd, as well as to maintain reproductive vitality. A stallion’s harem usually consists of 2-21 horses, up to 8 of which are mares, and the rest are their descendants. When the foals are old enough to care for themselves, they form a herd of bachelors. The mares either stay in their herd, or (most often) go to another, or form a new herd with a bachelor stallion.

As soon as a stallion becomes too old to maintain its status as a herd master, he is replaced by a younger stallion from the bachelor herd. The average lead time of a stallion is about 2 years, but some may remain leaders for more than 10 years.

Horses are most vulnerable when they eat or drink. Therefore, when the horse is submissive, it will feign food by lowering its head, chewing on its jaw, and licking its lips.

Dominance is characterized by the ability of one horse to make another move against its will. The horse will push the other or make it run away without contact. If the horse does not move or reacts aggressively, the dominant horse will fight to confirm or challenge his status.

The horse’s vision is the primary hazard detector. Despite having poor color vision, horses can distinguish blue and red from gray shades. Horses, however, have more problems distinguishing between yellow and green from gray. Horses also have poor depth perception when using only one eye. They cannot tell a trailer from an endless tunnel or a puddle from a bottomless lagoon. Their perception is improved by about 5 times when using both eyes (binocular vision). They can instantly change focus from near to distant objects. This is why horses move their heads to different positions to see near and far objects.

Horses have a keen ability to detect movement. This is why horses are more fearful on windy days; objects that were usually stationary now move and are perceived by them as a potential threat.

Horses see well at night, but their sensitivity is less than that of cats.

The mechanics of a horse’s vision are different from ours. They can see almost panoramic, with a small blind spot in the front, in front of the muzzle, and behind, behind the tail.

Never approach the horse silently from the front and back. If you scare a horse by suddenly emerging from the blind spot, it can use one of its defense mechanisms – hitting you or running away.

A horse can see two things at once, one with each eye. This is possible due to the fact that each part of her brain can work separately. Like humans, horses have a dominant side (right or left); however, unlike humans, horses need to study the subject twice: on the right side and on the left.

The expression of a horse’s eyes is often considered to be a good reflection of her mental state (for example, wide-open eyes when a white body is visible indicates fear, half-closed eyes indicate sleepiness and relaxation, etc.).

The horse’s hearing is much sharper than ours. Horses use their hearing to detect sounds, locate an object making a sound, and receive sensory information that allows the horse to recognize the nature of the sound source. Horses can hear sounds at low and very high frequencies in the range 14 Hz to 25 kHz (human hearing range 20 Hz to 20 kHz). Horse ears can be rotated 180 degrees using 10 different muscles (the human ear can only move thanks to three) and are able to highlight a specific area that needs to be listened to. This allows the horse to navigate the sounds to determine what is making a noise.

Horses are extremely sensitive to tactile sensations or touch. Their whole body is as sensitive as our fingertips. They can feel both a fly that has settled on one hair and any movement of the rider. 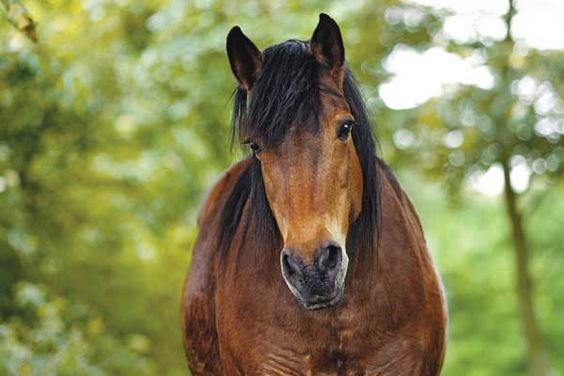 Horses are very good at letting us know how they feel; the only problem is that most people don’t understand their “language”. We will give you some tips. So:

If the tail of a horse:

Let’s move on to the legs. If:

Horse ears are a unique indicator:

Horses have a variety of modes of voice and non-voice communication. Voices include a yelp or scream, which usually indicates a threat to another horse.

Low and quiet sounds. The stallion makes such sounds when caring for the mare; the mare and foal make these sounds to each other; the horse makes this sound when it knows it will be eating time soon. Whinnying in high tones are sounds that can travel a long distance.

The horse neighs so other horses know where it is when it tries to find the herd. Horses also use neighing to talk to each other, even when out of the line of sight of each other.

Snoring, loud snorting, is a strong, rapid expulsion of air through the nose, resulting in a loud sound that is usually an alarm and is used by horses to alert others to danger.

Quiet snoring is a more passive, shorter, and lower version of snoring, usually the result of something or dust getting into the horse’s nose.

In the herd, along with signals of aggression, there are also signals of friendship. Mares and foals push each other while feeding, horses scratch each other’s manes and withers.

Vices are negative actions that occur for a variety of reasons, including stress, boredom, fear, excess energy, and nervousness. Horses in their natural environment graze 12-16 hours a day. When keeping stalls, we do not allow them to do what they do in nature – move around the pasture, communicate with other horses.

Lack of natural stimuli forces the horse to invent his own stimuli. Once these habits develop, they become difficult to eliminate.

Bite – the horse rests its teeth on a fixed surface (for example, the edge of a stall door, a feeder, a fence), bends its neck, and sucks in air, making a characteristic sound. This results in the release of endorphins, which relieves the horse of stress. The bite becomes a habit. Even when the tension or unpleasant situation passes, the horse continues to bite at times. Some horses even prefer biting over food! Biting can lead to weight loss, poor performance, colic, and excessive tooth wear.

Pitching – the horse stands at the door of the stall and rhythmically moves its weight from one front leg to the other, swinging its head. This can be caused by boredom or excess energy and can lead to weight loss, poor performance, and weakened tendons.

Hitting the walls of the stall, wandering around the stall, digging, and trying to bite the door of the stall are also vices caused by boredom from being indoors. To reduce the frequency of this behavior, you can try adding another meal, placing toys in the stall, providing the horse with more roughage, and starting out in a levada.

Horses gnaw on the wooden elements of the stall, eat bedding (not straw), their excrement, and also get satisfaction. These defects are caused by lack of exercise or boredom. Improper nutrition can also be the cause. Add more roughage to the horse’s diet, place salt and minerals in the stall. This can reduce the incidence of the defect.