There are probably few people who would never have seen a cat drinking. And many of them wondered exactly how she does it. With a person in this regard, everything is clear – he just sucks in water.

By the way, many other animals do the same – sheep, cows, not to mention our closest relatives. Dogs do differently – they use their tongue to drink, which turns into a spoon. 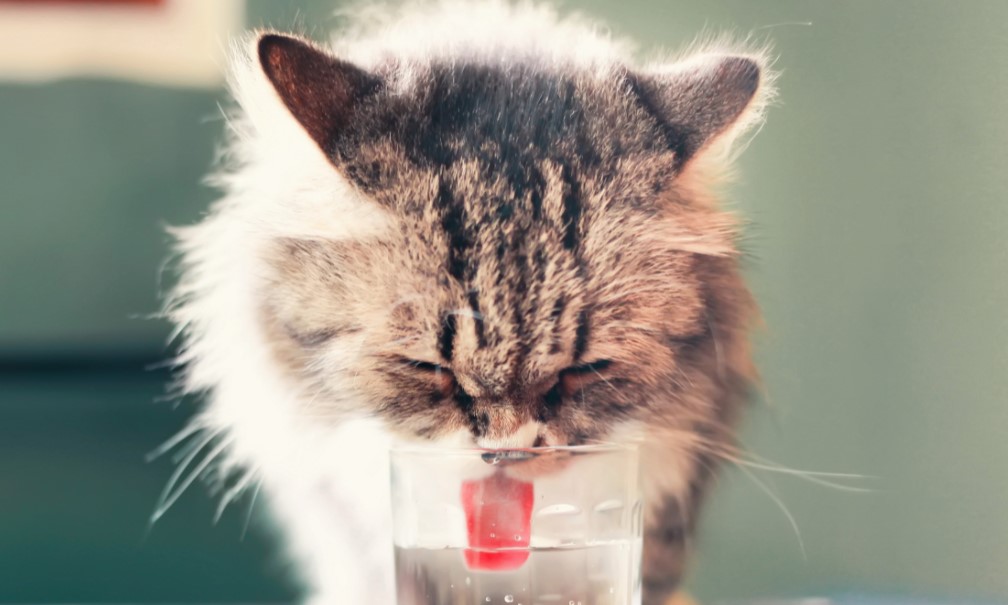 Cats behave in a completely different way. Imagine a dog’s bowl again – water splashing, muzzle all wet. Cats, on the other hand, approach the watering-place delicately, lapping neatly, while remaining clean and dry. They are just perfect thieves – one has only to turn away and the sour cream kidnapper can only be identified by a satisfied face.

Back in 1940, Harold Edgerton of the Massachusetts Institute of Technology was studying drinking habits in cats. His innovation was the use of stroboscopic photography. Then it was possible to establish only the “wrong” bend of the tongue, not forward with a spoon, but backward.

Edgerton’s work was continued by Roman Stoker from the same institute and his colleagues. Observing his own cat prompted the scientist to take such a step. Roman recorded the process on video and then watched the recordings in very slow motion (up to 67 times). And the results were overwhelming. To begin with, there was a widespread belief about the need for hairs in felines’ tongues specifically for lapping. Studies have shown that this is not the case. The mechanism is completely different from all other drinking methods.

The cat only lightly touches the liquid with the tongue and only the surface itself. Some of the water adheres to the tongue through adhesion. This is followed by a rapid movement of the tongue, as a result of which the water is carried away after the tongue, and begins to rise, forming a column. Moreover, the process of the formation of this column is non-linear – first, the volume of the water column increases, then a certain maximum is reached, and then the column depletes and falls.

At the moment of the greatest completeness of the column, the cat quickly closes its jaws, as if biting off the upper part of the column. It’s amazing how exactly such a feeding mechanism could have arisen. Moreover, a very delicate balance is needed in determining the moment of “biting off”: a little earlier or later, and the animal will get a much smaller amount of liquid.

It is assumed that the reason for this interesting behavior was the special sensitivity of the vibrises of cats located on the muzzle, a dislike for getting wet. What’s more interesting, this method is typical for all representatives of felines. This has been verified by scientists from videos of big cats (lions, tigers, leopards). A robot was created on the basis of the developed mathematical model. It has also been shown that the frequency of lapping is inversely proportional to the size of the cat and tongue, respectively.