How? Simple! The study, study and study again! As one famous historical figure bequeathed.

How to study? For example, read one or more books about the “language of dogs”. In Russian translation, enough of them have already been published: “How to talk with a dog” (S. Koren); What Your Dog Wants: Canine Sign Language. Secrets of the Language of the Dog ”(V. Gorodetsky); “How to understand a dog. Learn to speak the language of your best friend ”(D. Fennel); “Decipher your dog’s language. Poses, barking, mark… ”(V. Dramar); “Lai – what the dogs talk about” (T. Rugos); Dialogue with Dogs: Signals of Reconciliation (T. Rugos). 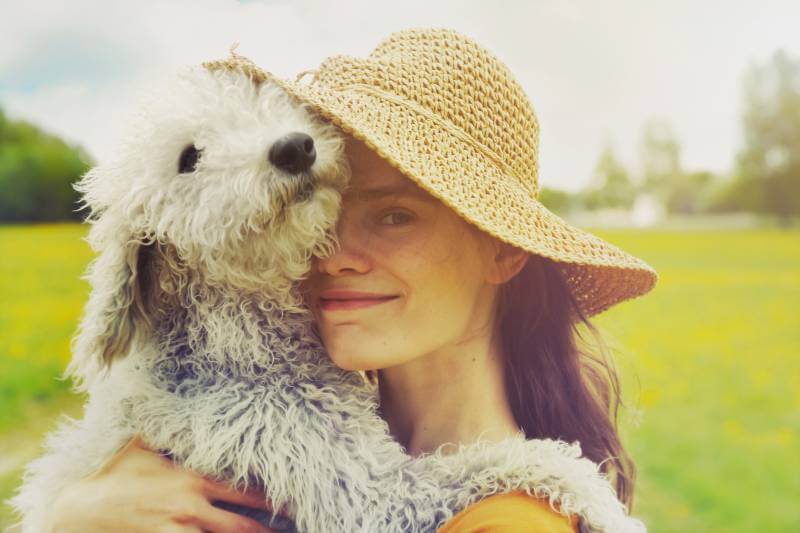 And somehow, after giving such a list of books on the “language of dogs”, it is awkward to answer with a couple of phrases. And it may not work at all. How can you tell in a nutshell what Stanley Koren (by the way, professor of psychology) wrote on 390 pages of his book How to Talk to a Dog?

On the other hand, the presence of books about the “language of dogs” somehow by default implies the existence of this very language. After all, you cannot write thick books about what is not?

Have you ever wondered what kind of animal is our domestic, domestic, master, the family dog? The dog that lives in the apartment and house? If you think about it, this is not a trembling dog at all, but a proud “dog-man”. And old Bulgakov was right with his “Dog’s Heart”! Oh, how right!

Remember: out of his, say, 10 years of life, our dog spends only 3-4 months in the canine world, and then the rest of his life he lives communicates, and interacts with people. She does not have time to become a dog, she does not learn the mechanism of information exchange with other dogs, because she does not interact with them. Our dog adapts and adapts to us, rebuilds for us, participating in the formation of the human-canine language – channels of information between ourselves and humans. And by and large, our Labrador has nothing to talk with other dogs about and there is no need.

Comrades who write about the canine language begin to dance from the wolf, like from a stove. They say that a wolf is a highly socialized creature capable of carrying out cooperative (i.e., joint with its fellow tribesmen) activities, such as joint feeding of offspring, collective hunting, and collective defense of a common territory. To accomplish this, the wolves must exchange information to coordinate their activities. And successfully, by the way, this information is exchanged using facial expressions, pantomime, sound, and olfactory signals. And the comrades who write about the canine language are happy to bring pictures with wolves, whose ears are either forward or backward, the tail is sticking out with a stick, then it is tucked under the belly, and there is a mouth with varying degrees of a grin.

Recall that on the way from a free wolf to a compulsory pet, the dogs stopped feeding their offspring together, the wolf family turned into a loose group of individuals. Dogs ceased to be hunters but became pickers and scavengers, and their territorial behavior became simpler. Thus, what the language was needed for disappeared. There was nothing to talk about. And the language, if not disappeared, then simplified to the point of indecency. Like the famous cannibal Ellochka. Remained genetically inherited signals corresponding to this or that state and not addressed to anyone, but simply corresponding to the physiological state: “I am angry like a wolf”, “I am scared of something”, “I want love”, “let’s play.” This is what I’m talking about inter-dog dog language.

However, simultaneously with the simplification of the wolf to the dog, the same domestication took place – in other words, humanization. There was even such a concept as convolution – the joint historical development of a dog and a person. Dogs were selected not for their ability to understand another dog, but for their ability to understand a person. And the man left next to him those dogs that understood him better. And by the way, current research shows that domestic dogs are better at understanding human signals than apes. This means that in parallel with the degradation of the intercom dialect of the canine language, the canine-human dialect developed and strengthened. With which I congratulate you.

Now let’s return to those pictures of the wolf’s tongue, which is so easily transferred to dogs with the position of the ears, tail, and other poses.

A wolf can understand a wolf because a wolf in Africa is a wolf! It is almost the same everywhere. Now imagine: a pug (boxer, Boerboel, Mastino-Napoletano, etc.) and a German shepherd met on the street. After reading Stanley Koren, let’s pretend to be a wolf: it will push the ears apart and move them back, and put the tail with a stick, and gracefully pull the corners of the mouth in a friendly smile (not to be confused with a grin!), And finally summarize the phrase with the position of the body. Maybe the pug will understand what, but he will not be able to answer for sure: neither by ears, nor by the muzzle of the face, nor by the tail, nor by the dashing position of the body. A pug didn’t come out with a muzzle to talk like a dog!

So decide for yourself whether the dogs have a tongue or not.

But, in spite of everything, read a couple of books about the canine language.

And in order to understand your dog, you need to carefully observe it. They understand us perfectly well.