The question posed in this way may involve training the dog to wipe its paws on its own or allowing the owner to do it. But I must say that the dog itself cannot wipe its paws, of course. She can shuffle her paws, but she cannot wipe them, no matter how talented she shuffles with her paws. Therefore, it is more correct to ask about it this way: how to teach a dog to shuffle his paws? Or like this: how to teach a dog to imitate wiping his paws? 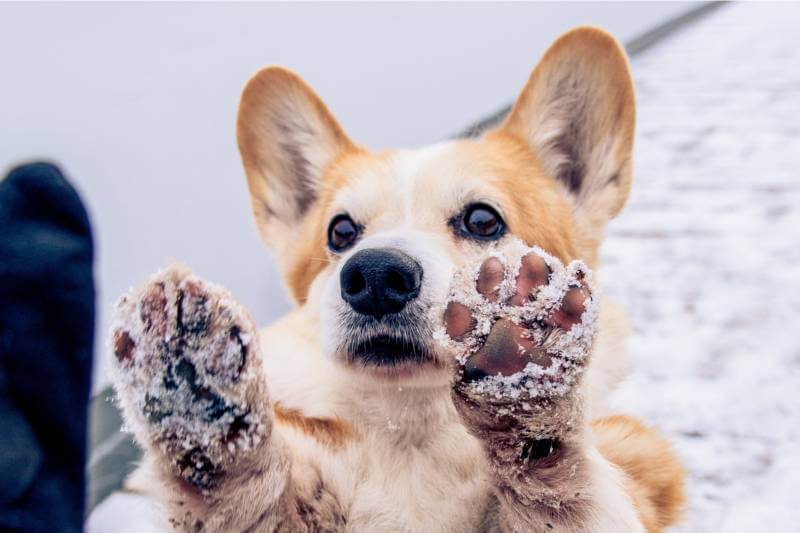 In principle, it is possible to teach a dog to imitate wiping its paws, but if it has the ability to do so. Some dogs (but not all!), After urinating or defecating, begin to scratch both their front and hind legs on the ground. It is believed to be a legacy of the wolfish past of dogs. The fact is that wolves, like territorial animals, fence their territory with scent marks (urine drops and feces). Shuffling with paws promotes the scattering of soil with particles of urine and feces and thus makes the scent mark more expressive. Some ethnologists believe that scratches have a meaning in and of themselves, as marks. The fact is that wolves and dogs sweat on their paws; scraping on the ground, they leave marks on it and scatter particles of the earth with the smell of their sweat.

So, if you have a dog in which several wolf genes are lost, then you can teach it to shuffle with its paws.

To do this, carefully observe the dog for several days. It is necessary to identify the behavioral signs preceding scratching. This is extremely important for using the method of selection of behavior or catching, as the great trainer V. Durov called this method.

After that, you can begin to shape the behavior.

On a walk, noting the act of urination or defecation, as soon as you notice a behavioral sign preceding scratching, immediately repeat the command, for example: “Wipe your paws!” Repeat several times until scratching, and after the dog shuffled his paws, give him something tasty. That she loves very much. And, of course, not sparing emotions, praise her.

After 5-10 such catches, check if a connection has been formed: give the command without waiting for urination or defecation. If the dog “wipes” its paws, praise it very strongly and emotionally. If not, keep catching. And stock up on optimism.

Reinforce, especially at the beginning, any shuffle-like paws. And, of course, demand more similarity over time. And with the first similar movements, go to the rug. There should be one rug.

The speed of training is determined by two factors: the dog’s quick wits and your talent for training.

Shuffling is, of course, a trick. And the dog’s paws need to be wiped off for real, especially after rain and autumn. And, if the dog does not allow the owner to do this, this is a serious problem.

So, your dog won’t let you wipe his paws. And you really want to fix the situation?

Keep in mind that the paws are the most important organ for a dog. Remember the saying: the wolf’s legs are fed? They also feed the dog. And to trust the breadwinner anyhow who should not. This I mean, if your dog does not allow you to wipe his paws, then from his point of view, you are not very much the owner. Offended? Let’s start then.

Stop feeding your dog just like that. Pour the daily dose of food into a bowl and place it higher, so that the dog does not reach it. Call the dog from time to time, and when it comes, touch any paw with your hand and immediately give the dog a pellet of food. Touch again and give the pellet again. And so on, until the dog eats its daily dose of food.

If the dog shows aggression or reluctance, do not insist. Move away from her and pause. The main thing is not to feed the dog just like that.

Feed your dog this way until he begins to calmly tolerate touching. Then proceed to the next step.

In the next step, grasp the paw with your hand, immediately release it and give the dog a food pellet. Be persistent and patient; if the dog is aggressive or resistant, take a break from feeding. 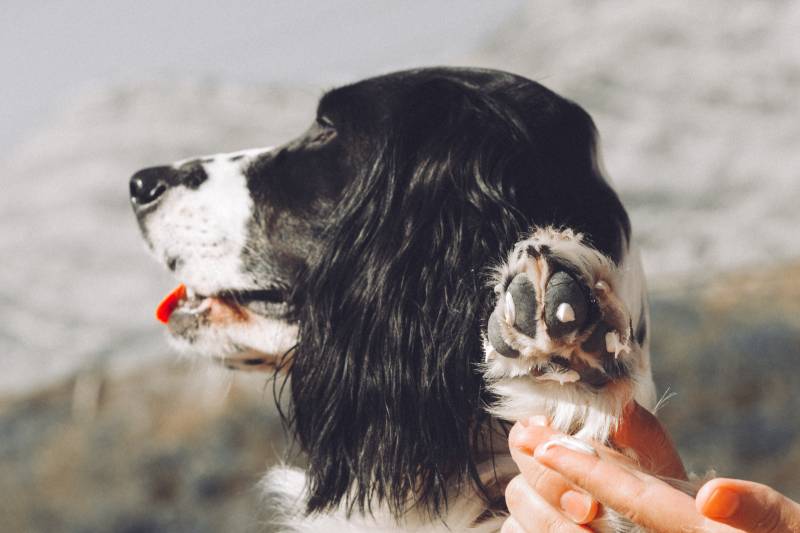 In the next step, hold the dog’s paws longer.

And in the next step, don’t just hold the paw, but remember it a little with your hand.

And so with each paw. Crushed with one hand, crushed with the other. Gradually increase the time of contact with the paw and the intensity of the “crinkle”. You can add a few more steps, but finish with a rag.

Stop feeding any dog resistance or aggression. You have to prove to your dog that the only way to eat and therefore stay alive is through a “foot massage”. Convince her of this, and there will be no problems. The dog itself will begin to offer you to wipe its paws.