May not only bring higher temperatures. The splendor of flowers can also be seen in the blissful month. Lilies of the valley are of course not missing. But are the pretty wildflowers poisonous for kitties?

Is Lily of the Valley Toxic to Cats?

Where is the Lily of the Valley and What Does It Look Like? 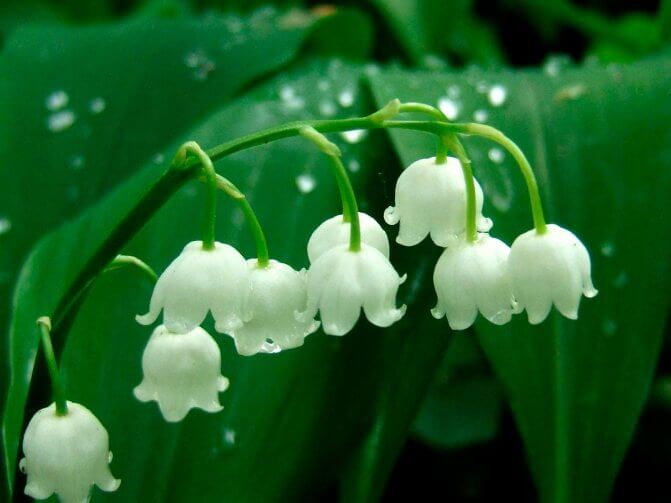 The lily of the valley (Convallaria majalis) occurs mainly in deciduous and mixed forests. It is often used as an ornamental plant in pots and vases. It reaches a height of up to 25 centimeters. The flowers are white, bell-shaped, and clustered as grapes at the end of the stem.

Why is the Lily of the Valley Poisonous to Cats?

With its small, white panicles of flowers, the plant actually looks quite harmless. But it is poisonous for dogs and cats – and that applies to all parts of the plant, i.e. to flowers, stems, and leaves. Since the pretty little flower occurs mainly in forests, the likelihood of poisoning is very low. Most outdoor cats stay in their “territory” near their own home. However, if used as an ornamental plant in the garden or apartment, there is a risk for kitties.

The lily of the valley contains glycosides (cardenolides). They have an incompatible effect on the animal’s gastrointestinal tract. The circulatory system and the central nervous system are also attacked. The concentration of glycosides in this plant is very high. Even the consumption of small amounts can lead to acute poisoning.

Symptoms of Lily of the Valley Poisoning

If the cat has eaten lilies of the valley, the following symptoms will occur:

Shortly after consumption, the animal will be in acute restlessness. Strolling around indicates malaise. In addition, if the cat meows in low tones, it is expressing pain. Take your cat to the vet immediately. With glycoside poisoning, every minute counts!

Do Not Put Lilies of the Valley in the Apartment!

The highly poisonous lily of the valley is a wild plant. However, it is often sold in pots or as a cut flower. As a cat owner, you are better off keeping your hands off the flower. Not only is the plant itself poisonous. The water in which the cut stems stand is also toxic. So there is great danger for Kitties.