Anyone who is familiar with dogs knows: the nose of your four-legged friend should be cool and moist. But does a dry dog’s nose inevitably mean that the animal is sick? What are the reasons for this and when is a dry and warm dog nose a case for the vet?

My Dog’s Nose is Dry

The Dog’s Nose: More Than an Organ of Smell 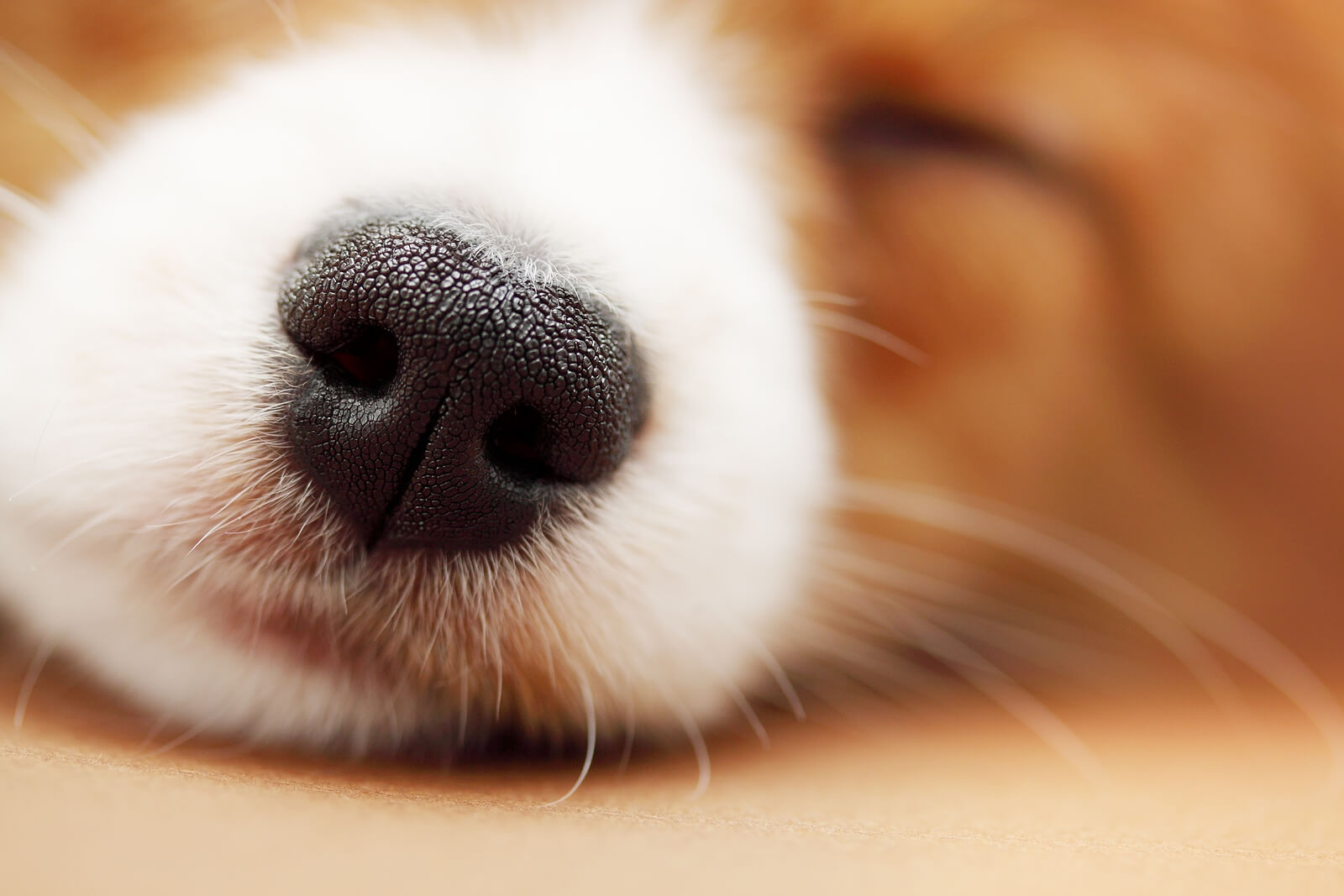 The nose is the most important sense organ for the dog. With an average of around 250,000 olfactory cells, the dog perceives its environment. He sniffs out the world with this extremely powerful organ and also uses it as a drug, explosives, or cancer detection dog in the service of people. His eyes aren’t nearly as good as his nose. Basically, it is said that a cold, damp canine nose indicates a healthy dog. But that doesn’t mean that a four-legged friend with a dry nose is necessarily sick. There are harmless reasons for a dry dog’s nose and reasons that suggest an illness.

In most cases, a dry, chapped dog nose is not a cause for concern. As a rule, there are harmless reasons that lead to it. If the dog’s nose is only warm and dry for a few hours, there is usually no health cause. Harmless reasons can be:

Has the nose not been cold and damp for many hours or even several days? Then it can actually mean that your dog is sick. Then the dog’s nose is not only dry but also brittle and possibly encrusted. There are also other symptoms.

Then the Dry Dog Nose is a Case for the Veterinarian

Are there symptoms like the ones mentioned above? Or does the dry, chapped nose last for several days? In both cases, you and your four-legged friend should visit a veterinarian. The specialist takes a close look at the animal and rules out more serious diseases. In most cases, he can also provide remedial measures with immediate measures or prescribe suitable medication. It also provides reliable information about whether the symptoms are actually a serious illness.

Keep an Eye on Its Nose!

The vernacular is right on this point: the dog’s nose is indeed a good barometer of the animal’s health. Keep an eye on your sweetheart’s nose – then you can react in good time! This is the only way to keep your dog safe and sound.