Turmeric is not only a popular kitchen spice that is mainly used in exotic curries but also a remedy that has been known for thousands of years. The golden tuber offers numerous health benefits for dogs, because the active ingredient curcumin reduces inflammation, prevents cancer, and helps with digestive problems. Here you will find detailed information about the miracle tuber.

Contents hide
1 What is Turmeric?
2 Is Turmeric a Healthy Remedy for Dogs?
2.1 Turmeric as an anti-cancer agent in dogs
2.2 Turmeric for digestive problems in dogs
2.3 Turmeric helps against osteoarthritis in dogs
2.4 Turmeric as a remedy for dogs with obesity and diabetes
2.5 Turmeric for allergies, liver problems, and wounds
3 How Much Turmeric Can the Dog Eat?
4 How Do You Use Turmeric in Dogs? 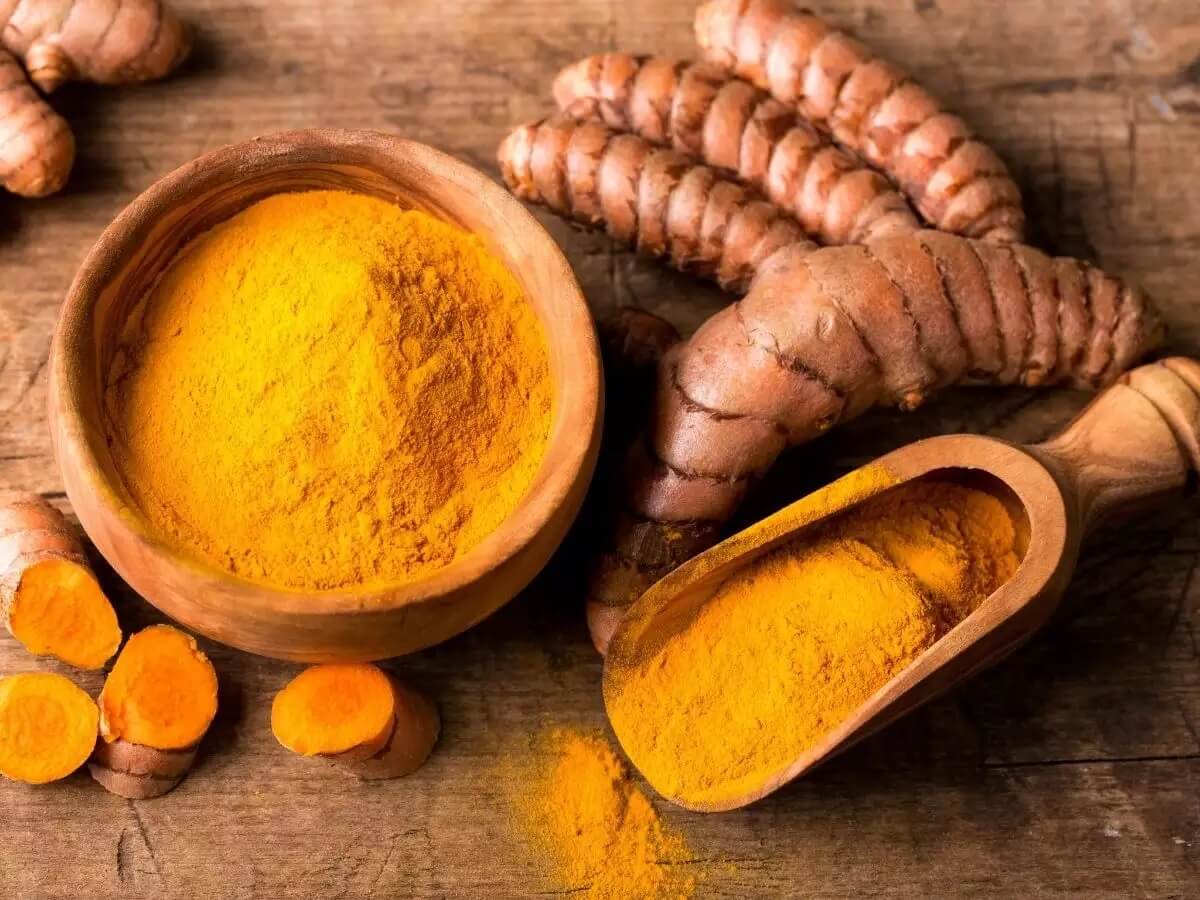 Turmeric belongs to the ginger family and is also known under the names of saffron root, turmeric, and turmeric. When turmeric is mentioned, only part of the plant is usually meant: the tuber that grows on the ends of the herbaceous plant. The shape of the turmeric bulb is similar to that of ginger, but it differs through its intense yellow color. The natural coloring agent curcumin is responsible for the coloring. The plant is mainly grown in India and the tropics. In Europe, turmeric is mainly available dried and ground as a spice.

Is Turmeric a Healthy Remedy for Dogs?

Turmeric has been known as a spice and remedy in Southeast Asia for many thousands of years. But not only in Ayurveda, but the plant is also considered a true miracle tuber. In the meantime, turmeric has made a name for itself in the kitchen and natural medicine in Europe. Not only humans but also dogs benefit from the healing properties of the yellow tuber because the essential oils and the active ingredient curcumin are said to have numerous healing properties.

Turmeric as an anti-cancer agent in dogs

Numerous studies and laboratory tests have shown that curcumin has cancer-inhibiting effects. The active ingredient is supposed to prevent the body’s own cells from mutating into cancer cells and thus prevent cancer in dogs. The antioxidant and anti-inflammatory effect of the golden tuber also prevents diseases and mutations and supports the immune system of your four-legged friend. Dogs whose immune system is already weakened due to cancer also benefit from the strengthening effect.

Turmeric for digestive problems in dogs

Turmeric’s many health benefits for dogs include its digestive properties. Curcumin stimulates the production of stomach acid and stimulates the function of the bile. For dogs with chronic gastrointestinal complaints, regular intake of turmeric can help relieve symptoms such as hyperacidity, vomiting, gas, and diarrhea.

Turmeric helps against osteoarthritis in dogs

Since curcumin has an anti-inflammatory effect, turmeric can also help with inflammatory diseases such as osteoarthritis. If the dog suffers from joint wear, the tuber can reduce pain and stiffness in the joints and slow down the inflammatory process. According to laboratory studies, the effect is attributed to the fact that curcumin binds to enzymes that are responsible for inflammation and blocks them.

Turmeric as a remedy for dogs with obesity and diabetes

Many dogs are prone to high blood cholesterol, obesity, and diabetes mellitus due to an unbalanced diet, predisposition, or lack of exercise. The golden spice can also alleviate the symptoms of these diseases because curcumin is said to lower cholesterol and blood sugar levels.

The pain-relieving, anti-inflammatory, and antioxidant properties of turmeric tuber are also used to support the treatment of allergies, liver detoxification, and wound healing. The many areas of the application make the plant a true wonder drug of nature.

How Much Turmeric Can the Dog Eat?

The dosage of turmeric for the dog depends on the health and weight of your four-legged friend and on the area of application. The rule of thumb is a dose of 100 milligrams of turmeric per 5 kilograms of body weight. As a supplementary feed, turmeric can be added to the feed about 2-3 times a week.

How Do You Use Turmeric in Dogs?

Since turmeric as a tuber is seldom available and has an unpleasant taste, you should not feed your dog the tuber pure, but use food supplements.

When buying, make sure that the preparation is suitable for dogs and never feed food supplements intended for humans.

Turmeric is available for dogs as powder, pastes, capsules, and drops and can therefore be optimally dosed. Stick to the manufacturer’s feeding recommendations and start with a low dosage. The use of a so-called golden paste, which consists of high-quality fats and turmeric and can be easily mixed with dog food, has proven itself.