There is no clarity about the history of the Labrador breed. It is only known that before the 18th century. this breed was unfamiliar to Europeans.

According to one version, the birthplace of the breed is the island of Newfoundland near Canada.

The first written mention of these mysterious dogs is found in the report on the voyage of the ship “Marigold” in 1593. It says about amazing black dogs, inferior in size to a greyhound and following their owners on the heels. By description, they strongly resemble modern Labradors. 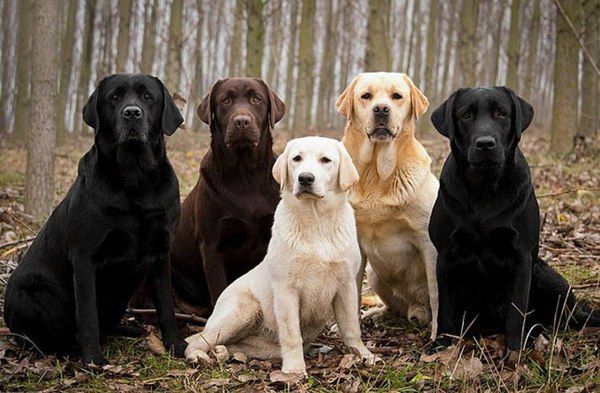 Fishermen who lived in Newfoundland were engaged in coastal fishing. In the course of the history of the breed, Labradors not only helped excellently in fishing but also often saved the lives of their owners. Going on a long voyage, Newfoundland fishermen took a couple of dogs with them on the ship. They were usually called Wave and Surf.

The sailors were sure that Labradors were the key to a happy sailing. And it wasn’t just superstition. If the ship was wrecked, the dogs pulled a rope to the shore, along which all the people climbed. The animals simply transported the unhurried sailors onto land.

Dr. Michael Woods, a Canadian Labrador owner and breeder, is convinced that Viking dogs, who arrived there in 1000 BC, took part in the formation of the breed. BC, and Basque dogs, which were on the island from 1500 to 1700. Excavations carried out by archaeologists in the hamlet of Porto Chua confirm this assumption.

Some researchers note that two lines of dogs developed on the island – large and small. The Great Newfoundland is a large dog with long hair and a sturdy build, used by the locals to bring firewood to their homes. The Small Newfoundland is a medium-sized dog with a short, coarse, non-water repellent coat. This species was known by various names: Lesser St. John’s, Lesser Newfoundland, or even Labrador.

In 1830, herring fishers brought these dogs to England. There began their pedigree breeding and a new stage in the history of the Labrador breed.

In 1870, by crossing with dogs of other breeds, in particular with pointers, the Labrador Retriever breed was formed. Through strict selection, the British have obtained a hardy and powerful breed. The main task of the dogs was to feed the game. 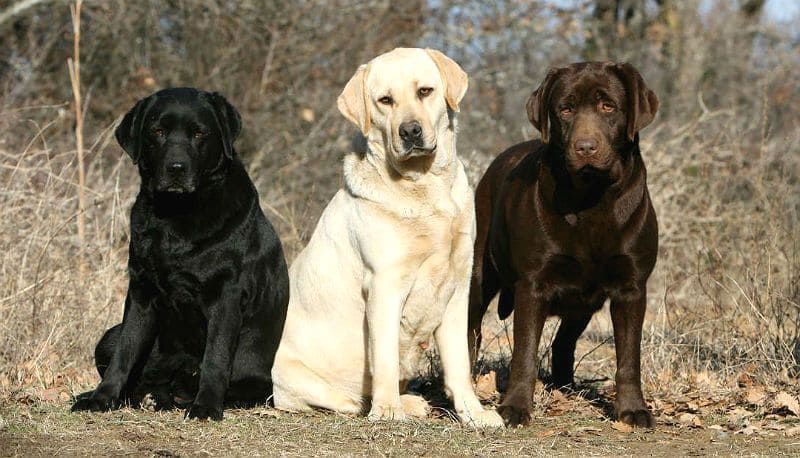 There are several versions regarding the name “Labrador”. It can be explained by the proximity of the island, on which these dogs appeared, to the Labrador (they are separated only by the Bell Isle Strait). Perhaps the name comes from the Portuguese word “labrador” (“hard worker”), because the representatives of the breed are distinguished by their endurance and efficiency. But if you remember that the dogs were originally black, then another assumption appears. There is a black mineral with a bluish sheen called “labrador”.

A separate breed of Labrador Retrievers was recognized by the English Kennel Club only in 1903. The American Club registered the breed in 1917.

In the United States and England, Labradors are the second most popular. The most famous kennels are located in England, so every breeder tries to be equal to English standards.