Unlike cats, dogs often sneeze backward (reverse sneezing). It is more common in small and brachycephalic breeds, i.e. dogs with a short head, compared to other breeds. If a dog sneezes properly, the air is forced out through the nose quickly and noisily. When sneezing backward, on the other hand, the air is sucked in. It happens quite unexpectedly and suddenly. Many owners are frightened, and dogs are often just as surprised. Many owners fear that their dog may have an asthma attack or even suffocate.

What is Backward Sneezing in Dogs?

What Actually is Backward Sneezing? 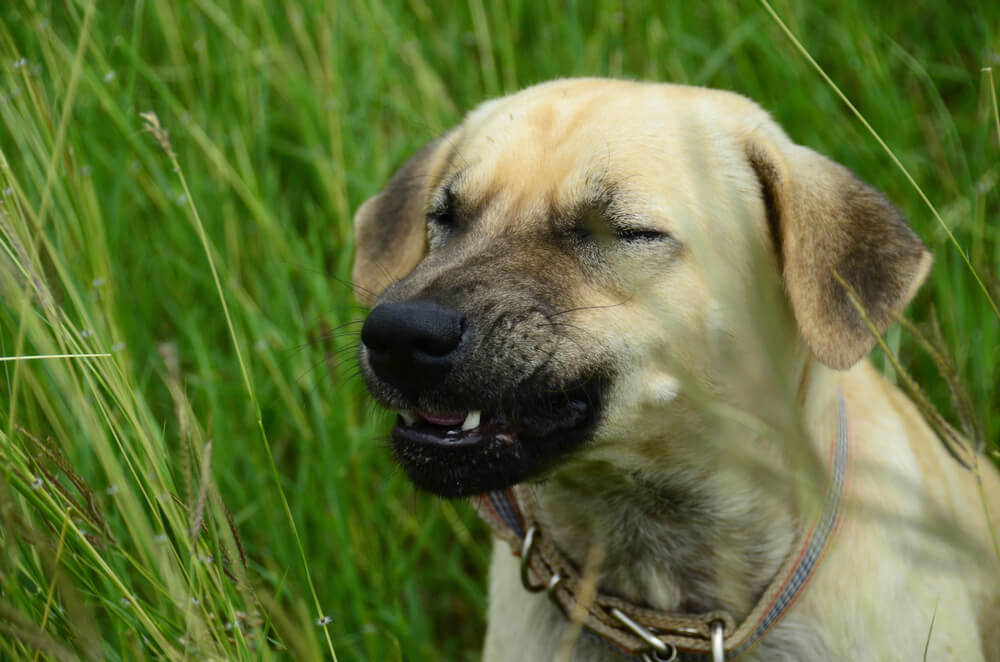 Dogs can not only cough, but they also sneeze – and not so rarely backward. It is more commonly seen in short-headed and small-breed dogs. It is believed that the smaller larynx and trachea are responsible for this. In breeds such as pugs, bulldogs, and the like, the soft palate is often longer and softer. Occasionally it gets caught on the epiglottis, which can cause sneezing backward. So far there is no clear explanation for the cause of this disorder. Triggers can be disorders of the general condition, such as slight inflammation in the pharynx or slight inflammation of the tonsils, which cause the mucous membrane in the throat, throat, and larynx to swell. They can narrow the nasopharynx. Throat muscle spasms can also trigger backward sneezing. In cats, the phenomenon is observed very rarely.

How Can You Detect Back Sneezing?

When sneezing backward, the air is drawn in quickly and noisily through the nose. It has often been observed that the dogs are in an exuberant mood. That can be after feeding, drinking, playing, and romping around. For some dogs, sneezing backward is more or less normal. Sneezing backward is a very sudden and unfamiliar sound that unsettles many owners. The dogs stand with their necks straight, their backs mostly straight, their elbows clearly spread apart. The dog begins to suck in air through the nose with a gasping attack. The resulting sound is a reminder when a person pulls up their nose.

The attacks last a few seconds, very rarely a few minutes. Then the dog behaves normally again as if nothing had happened, is safe and sound.

What Can Be Done When Sneezing Backwards?

A spasm of the throat and soft palate may be the trigger. Irritation of the throat, throat or larynx area can in turn be the trigger for the spasm. If dogs have to repeatedly sneeze backwards, it can make them anxious. Here the person has to stay calm. When it triggers a swallowing reflex in the dog, the attacks usually go away. You can also help your four-legged friend with a gentle massage of the larynx. Alternatively, it helps to give the dog a treat, tap it lightly on the front chest, or hold the nose closed.

If the attacks do not go away as a result of the measures mentioned, or if they recur and persist, or if there are additional breathing problems, a veterinarian should be consulted. This also applies if his general condition deteriorates or is disturbed.

The vet can rule out other causes that could be responsible for the backward sneeze. These include foreign bodies in the airways, mites in the nose, a tracheal collapse, kennel cough, tumors, polyps or inflamed tooth roots, or respiratory infections.

What Should You Watch Out for When Sneezing Backwards?

The owner should remain calm as sneezing backward may frighten the dog. A calm owner who does not get hectic himself can help him much better and calm him down. With the support of his human, the attack can be overcome more quickly. The dogs then usually behave as they always do. But if the whole thing is scary because it happens more often, especially in breeds that are prone to it, you should speak to your vet.