The Welsh Corgi Pembroke gained fame as the preferred dog breed of the English king Elizabeth. With the release of the animated film “Royal Corgi – The Queen’s Darling” in 2019, his level of awareness increased even further in Germany.

Portrait of the Pembroke Welsh Corgi

Breed connoisseurs know that the Pembroke Welsh Corgi is a sly old dog behind its pricked ears. The short-legged dog is described by the Fédération Cynologique Internationale (FCI) as “bold and skillful”, but also as “superior and friendly”. The little Welshman is not lacking in self-confidence. 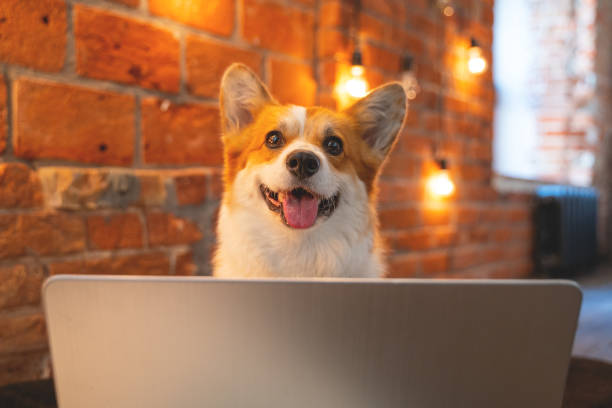 This fact is probably one of the reasons the Pembroke Welsh Corgi appears to have a great sense of humor. The clever and clever dog always has ideas that make everyone smile. And that’s exactly what he’s aiming for: he wants to please his family. However, this does not necessarily mean that the Corgi implements all commands one-to-one. He tends to be selective about those who bring him the most applause.

The owner of a representative of this breed cannot avoid a very consistent education. Because there’s the Corgi’s unshakable self-confidence on the one hand and his past as a working dog on the other. So the four-legged friend always needs a task and someone who makes it incomprehensibly clear to him where to go. Otherwise, the Corgi looks for challenges himself, which he certainly meets with a pinch in the calves and other impudence.

Advocates of the carrot and stick upbringing principle will quickly discover that the carrot is more likely to pull in this breed. The Corgi does not appreciate harsh rebukes. Praise and other rewards, on the other hand, motivate him greatly. If he is to live with other pets, he must be accustomed to this in good time. Smaller animals in particular are otherwise easy victims of its hunting instinct.

In order to keep this in check, one should accommodate the great urge to move of the Welsh Corgi Pembroke. He needs at least long walks but also feels really comfortable with dog sports. The main thing is that he feels challenged. He only likes to lie around when he is tired or old.

The Appearance of the Pembroke Welsh Corgi

The Pembroke Welsh Corgi is between 25 and 30 centimeters tall and weighs between 10 and 12 kilograms. It has a double coat consisting of a semi-long top coat and a short, thick undercoat. Its coat can be two or three colors including red, black, black and tan, white and blue.

Of course, the Welsh Corgi Pembroke’s short legs and long, strong body are also striking. And on them, he can run surprisingly fast and with endurance.

The Pembroke Welsh Corgi coat only needs occasional brushing. Once a week is usually sufficient. However, before buying a representative of this breed, you should be aware that it sheds a lot. If the Corgi gets enough exercise, the claws usually shorten on their own.

The Health of the Pembroke Welsh Corgi

Despite its short legs, the Pembroke Welsh Corgi is much less likely to suffer from signs of paralysis than the dachshund, for example. Responsible breeders avoid problems in this direction by selecting appropriate animals.

In general, the Welsh Corgi Pembroke is a robust, healthy dog, which is probably due to its pronounced urge to move. However, he tends to be overweight. His diet should therefore be tailored to his energy consumption. 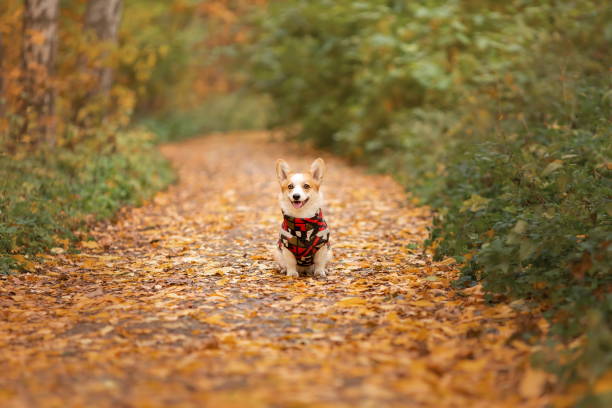 The origin of the Pembroke Welsh Corgi is not fully understood. It is named after the Welsh county of Pembroke, where it was responsible for rounding up cattle in earlier centuries. According to the VDH, the similarity between the Swedish Vallhund (Västgötaspets) and the Norwegian Lundehund, which were brought to Great Britain by the Vikings, is striking.

In 1925 the Kennel Club recognized the Welsh Corgi. Since 1934 the Pembroke Welsh Corgi and the related Cardigan Welsh Corgi have been considered separate breeds.