The Pekingese is an outstanding breed due to its past. It was the Pekingese who was the companion of the Imperial Chinese judges, despite this, the dogs are very affectionate and friendly. These animals are quite wayward, they are very persistent and demand respect for themselves. Nature has endowed the Pekingese with such a trait as vigilance, which makes it an indispensable watchdog. The coat of this breed requires careful maintenance. Expect to spend at least an hour a week brushing your long hair. You will also need to trim your claws quite often. It should be understood that caring for hair and claws is not only a matter of beauty but also health. Improper hair care can lead to various skin diseases. It is impossible not to mention another not entirely pleasant characteristic: Pekingese snore in their sleep!

The Pekingese is not an easily trainable dog. These animals are stubborn, they are reluctant to follow commands, and all because such dogs tend to do everything the way they want. These characteristics indicate that training a Pekingese is not an easy task, which means that owners should better turn to professionals who will help train a pet. Due to its size, the Pekingese will feel great both in a large house and in a small apartment. The dog loves to be among people, but the animal will not experience stress if you leave it alone for a while. As for the dog’s attitude to strangers, nothing can be said for sure. Everything will depend on the individual characteristics of a particular animal. 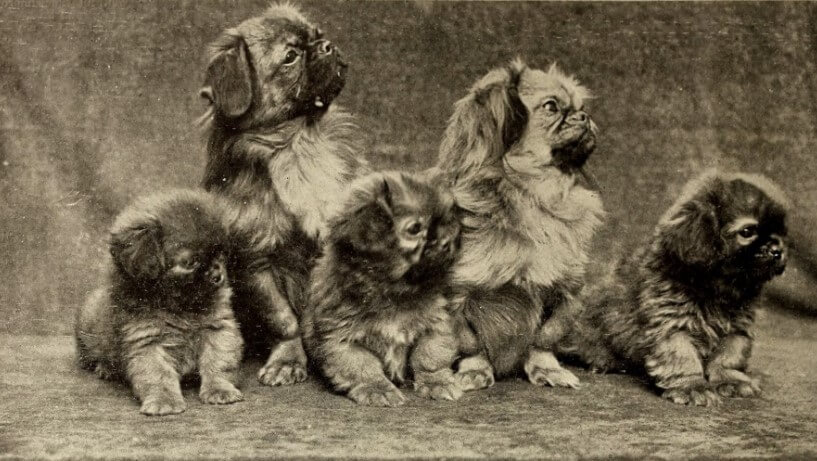 Pekingese is an ancient Chinese breed. Its origin is not exactly known, since breeding was carried out at the imperial courts, the origin of the animal remained secret. One thing that can be said for sure is that the Pekingese did not come from the union of a lion and a monkey, as the Chinese legend says. The Pekingese has a rather large head, a flattened face, a beautiful lion-like mane, short legs, and a tail that the dog likes to throw over its back.

The mention of dogs of this breed appears during the reign of the Tang dynasty. In those days, only members of the imperial family had the right to own these dogs. Theft of these dogs was severely punished. During the Middle Ages, the Pekingese was known by various names, including the lion dog and the sun dog.

For the first time, the Western world became interested in this breed in 1860, when British officers, during the Anglo-Chinese conflict, brought these dogs to the foggy Albion as a trophy. One of the dogs was donated to Queen Victoria herself. Already by 1890, Pekingese were increasingly beginning to appear in Europe. Most often they were brought in illegally. A dog of this breed named Peking Peter took part in an exhibition in Manchester in 1893, which led to an increase in the popularity of the breed.

The American Kennel Club recognized the breed in 1906, and the Pekingese Club was organized in 1909. Currently, this dog is ranked sixty-first among the dog breeds registered by the American club. At the moment, the breed is not very popular as it once was. Despite this, the Pekingese delight thousands of people around the world with their quirky appearance and special character. 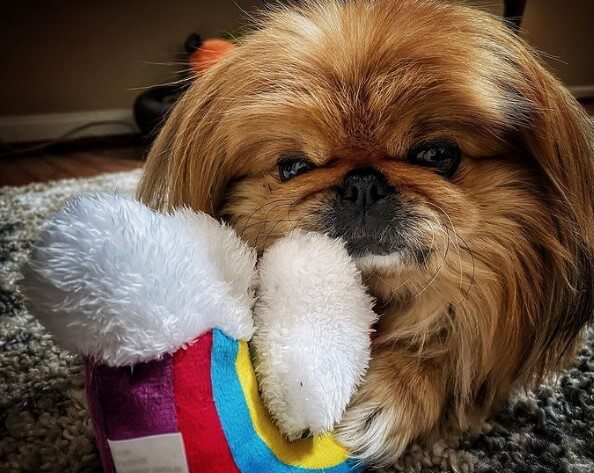 The Pekingese may look somewhat funny, yet, this dog is much stronger and bolder than it might seem at first glance. These dogs have a well-developed sense of their own dignity, their importance. The Pekingese is full of self-confidence and stubbornness, but these qualities do not prevent him from being a loyal, cheerful, and loving pet. But this requires reciprocity.

In case of danger, the dog will try to protect and drive away from the ill-wisher. But for this, you need to communicate and practice with your pet. Due to the complex nature of the Pekingese, it is recommended to use rewards in the form of treats in the learning process. The temperament of any dog ​​depends on a number of factors, the main ones of which are: heredity, training, and socialization. Of course, puppies with good temperaments are real human friends. 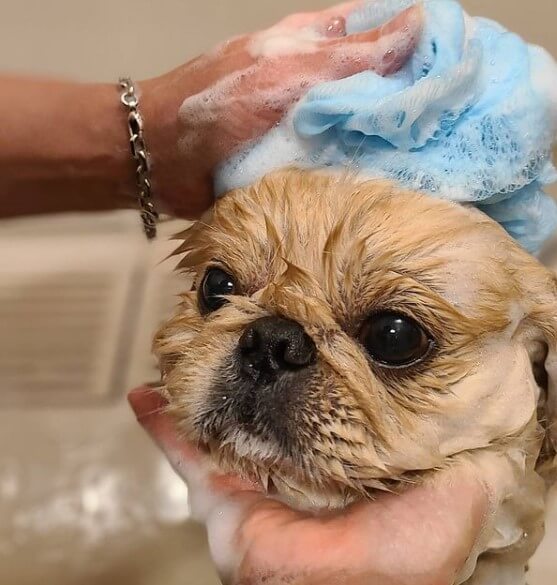 The thick coat of the Pekingese requires careful maintenance. It needs to be brushed out regularly with a special brush. Before combing, the coat must be sprayed with water or a special spray (conditioner). This will protect the dog’s hair from damage. Brushing must be done carefully: from the very tips to the roots. On the paws, the hair, as a rule, is cut, this protects the animal’s hair from various small debris getting into it.

You need to bathe your Pekingese a couple of times a month. Dry dog ​​shampoo can be used in between baths to keep the coat clean and healthy. Don’t forget to check your ears regularly for signs of contamination, irritation, or infection. The auricles are cleaned with a special solution prescribed by a veterinarian using soft tissue swabs. It is better not to take cotton wool for this purpose.

Small breed dogs are prone to dental problems. Therefore, brush your Pekingese teeth at least once a week. The procedure will help prevent the formation of tartar, prevent gum inflammation and give your pet a fresh breath. Trim your little friend’s claws monthly, and if they grow quickly, you can do this procedure more often. 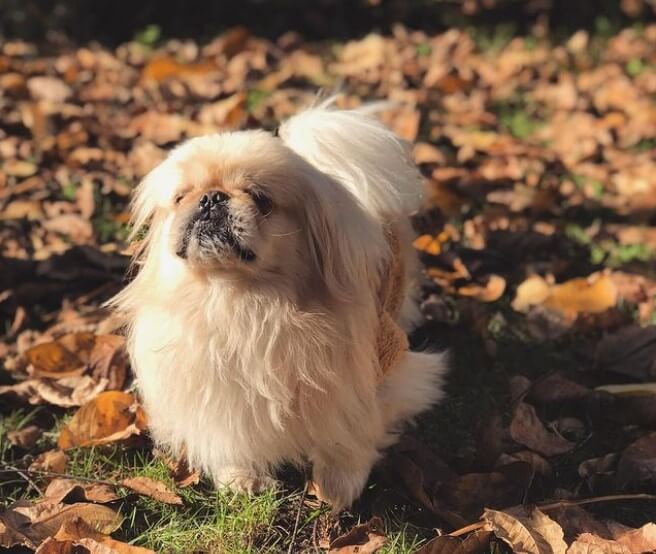 Owners of this breed are well aware that it is very difficult to train them. The Pekingese believes that he is in charge of the house. Such a perception of the world around us, in alliance with a stubborn character, can make learning completely impossible. Training should be started as early as possible because when the pet thinks of itself as a leader, all your aging will be in vain. Classes should be systematic and short in duration. Otherwise, the animal will quickly get tired. The most important thing in training a Pekingese is to get your pet interested. 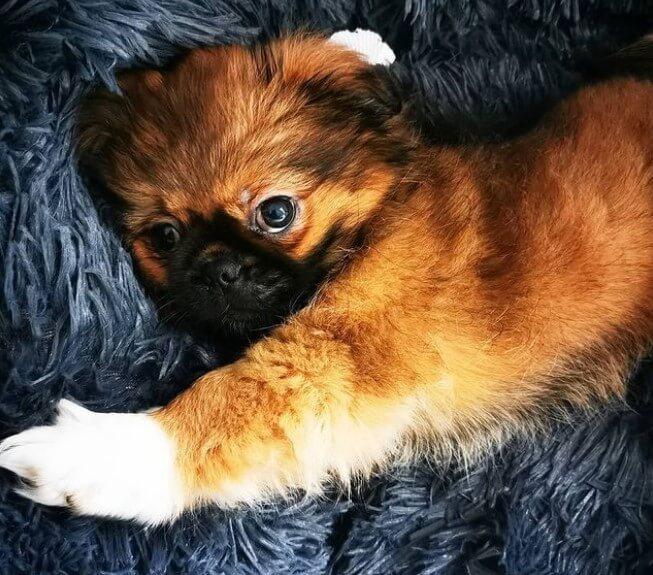 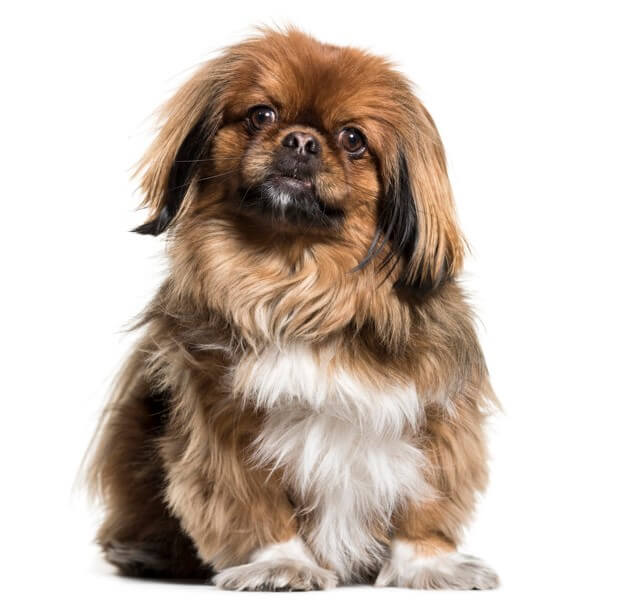