In Germany alone, about every fifth person is affected by an allergy. 2 out of 3 people know someone with one or more allergies.

Contents hide
1 What is an Allergy?
1.1 How do allergies arise?
2 How Do I Recognize an Allergy?
2.1 Symptoms
3 Example: Food Allergy
3.1 Elimination diet

What is an Allergy?

But allergies aren’t just a problem for people. Dogs can also suffer from various allergies. According to Duden, an allergy is the “pathological reaction of the organism to certain foreign substances (allergens); hypersensitivity”. The most well-known allergies include, for example, hay fever or animal dander allergies. If you suffer from an allergy, it means that the body’s defense system is working too hard. In healthy people, the immune system is responsible for finding and fighting pathogens. The body recognizes pathogens by certain signals that attach to them. These signals are called antigens. Antigens are recognized by the body and the pathogens attached to them are disposed of.

In the case of an allergy, however, the body recognizes harmless substances – such as dust – as pathogens. Dust is now stored as a pathogen in the immune system and the immune system reacts with defense reactions whenever it comes into contact with dust. The typical symptoms such as a runny nose or shortness of breath arise. It is particularly important that the immune system not only reacts normally to the wrong triggers in the event of an allergy. It overreacts, increasing the discomfort.

How do allergies arise?

Why exactly allergies are more likely to develop in some people and dogs than in others is not yet exactly clear. What is certain is that genes play a major role. As a result, some dogs are more likely to develop an allergy later in life. Childhood and growing-up environments also play a major role. The immune system is strongly formed and strengthened by breast milk. Bottle-reared puppies that have not been suckled have an increased risk of allergies. And early contact with as many unknown substances as possible can contribute to a strong, normally functioning immune system. What the body gets to know at an early age is less likely to be recognized later as a harmful substance.

How Do I Recognize an Allergy?

Allergies cause different symptoms depending on which substance triggers the allergy and how the substance enters the body. People know this: with hay fever, the nose, and lungs, as well as the eyes, suffer the most. Because here the allergy-causing pollen is taken in with the air we breathe or blown into the eyes with the wind.

In general, the symptoms of an allergy mainly appear on the mucous membranes, as these are the places where the body is exposed to the allergens. These include the nasal mucosa, the conjunctiva in the eye, and the intestinal mucosa. In general, allergies are identified by the following symptoms:

A common allergy among dogs is a food allergy. The dog does not tolerate a certain component of its food and is allergic to it. This can usually be recognized by the reactions of the dog on the skin. The allergy causes the dog’s skin to itch. Scratching and licking break the skin—especially on sensitive, thin areas like the ears—and causes sores.

Food allergies often develop in a dog’s first year of life. However, they can also appear later in life, although the dog has never had problems with a particular food before. Dogs are particularly susceptible to allergies to beef and dairy products. But other meats, grains, or even additives can also trigger an allergic reaction.

Food allergies occur in more than 1 in 10 dogs. An elimination diet is necessary to diagnose a food allergy with certainty. Here the dog eats a specific diet food over a period of 8-12 weeks. This diet food can be made in one of two ways. 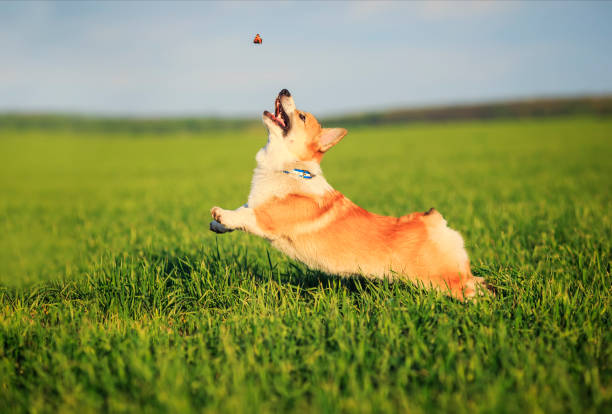 The first type involves only one animal as a meat source. This is usually an animal whose meat is not often processed in dog food or whose products are not present in the current dog food that triggers the allergy. A rare carbohydrate source such as sweet potatoes is used for this purpose. This minimizes the number of possible allergens in the feed.

The second type of elimination diet is based on the fact that proteins need a certain size to be recognized as an allergen. Here the enzymes are completely broken down into their components before they are processed into feed. This means that all the necessary nutrients are in the feed, but no allergies can be triggered.

After 12 weeks at the latest, if it really is a question of a food allergy, you should see an improvement. Then the usual food is fed again. If allergic reactions can then be identified again, they can be said to be a food allergy. Eventually, further tests may need to be performed to discover the exact trigger. Traditionally, however, it is sufficient to change the feed. Of course, it is important that the dog eats nothing other than the diet food during the test period.